Australia, the sixth largest country in the world, has achieved the distinction of being home to 7 universities in the top 100 of the prestigious QS ranking. Along with top-class education, the country also offers stable work opportunities and an array of diverse courses for those interested. The island continent has grown to become the dream destination of many students in recent years and interest only continues to increase, with the number of international students who have landed at its shores for higher education rapidly rising from 242,419 in 2010 to 306,691 in 2015. 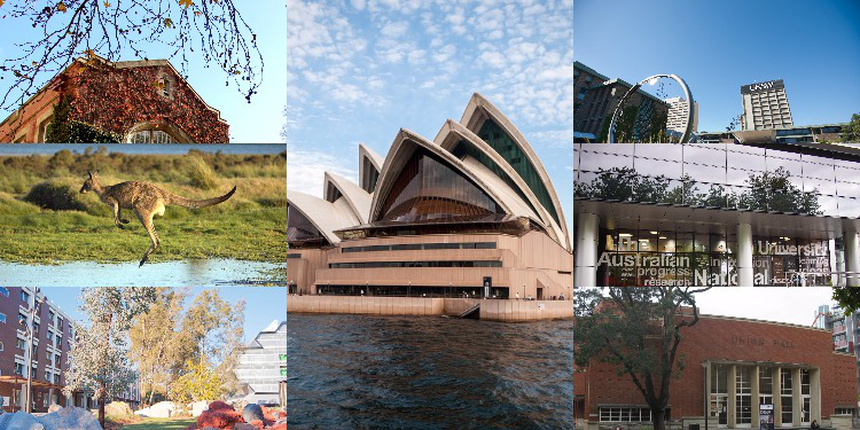 Australia has a total of seven universities in the top 100 of the QS rankings offering some of the best programmes in the world. The Australian universities hold the top five position in a number of subjects including nursing, sports related disciplines and a number of engineering, medicine and pharmacy courses. Many of the universities have achieved the perfect score in terms of number of international faculty. A strong research-intensive academic culture at these institutions also attracts numerous students to study in Australia.

Australian universities have majorly invested in research in almost all fields of science, medicine and technology. The Australian Government’s Excellence in Research for Australia, or ERA has identified 43 areas of national strength to focus their research on. A five-point scale is used, with ‘World Standard’, ‘Above World Standard’ and ‘Well Above World Standard’ serving as higher indicators in the ratings. With seven universities in the overall Top 100 and 9 in the Top 50 under 50 in the 2017 QS rankings, the Australian government is clearly promoting and undertaking research in a number of areas, with health and medicine being given special focus.

International students have the option to temporarily work in Australia after their course. The Temporary Graduate Visa (subclass 485) facilitates this. This visa allows students from both the Graduate Work Stream as well as the Post Study Work Stream. The Graduate Work Stream Visa, granted for 18 months, is only issued to international students who complete their education in Australia in areas which are in demand in the Australian labour market. For this visa, the aspirant must have completed the course and should have earned a degree, diploma or a trade qualification. The Post Study Work Stream visa is granted for two, three or four years depending on the educational qualifications. The eligibility qualification for this visa is a Bachelor's, Master's or a PhD degree.

Work options are also available for current students. Student visas permit the students to work for 40 hours every two weeks during the course duration and unrestricted hours during course breaks. Students can work in the retail, hospital, tourism, agriculture, sales and telemarketing sectors in clerical roles or engage in tutoring.

Employees working in Australia, including international students, have some basic rights at work such as minimum wage, challenge of unfair dismissal from the job, breaks and a healthy and safe work environment.

Study in Australia: Cost of Living

The standard of living in Australian cities is among the highest in the world. On the other hand, the cost of living is well below that of the USA and UK. The cost of pursuing an undergraduate degree can fall in the range of A$14,000 to 35,000 per annum. The post graduate degrees can cost between A$15,000 to 36,000 a year. Students are required to show a bank statement of approximately A$20,000 per year for their living costs. While university accommodation will be cost effective to the students (A$90 – A$280 per week), they can also opt for shared houses (A$165 – A$440 per week).

According to the official Australian government source for Study in Australia, students can expect to spend anywhere between A$230 – A$680 per week on living expenses. This is excluding the accommodation and insurance costs.

How to apply for MBA in Australia - Know the entire process of applying for an MBA course in Aust...

I complete MBBS in India how to get pg ms surgeon in Australia???

To pursue PG MS in Australia after the completion of MBBS, you can attempt AMC MCQs Examination. It is the best option for pursuing medical degree in Australia. The best part is that this examination is not very tough to crack, and is a direct gateway to Medical colleges in Australia.

how to apply pg medical course in Australia

well to apply for any pg course in medicine in medicine or dentist you need to attempt an exam called Graduate Australian Medical School Admission Test – GAMSAT .well this exams consists of three parts

this examination is held 2 times in year i.e in march and in september .the candidate can attempt both the times

As long as you have an active medical license in your country that being india yes you can practice medicine anywhere in the world provided that you have some references who can recommend you to the place you want to work at and a good background check. That is the most important thing to consider. And yes your wish can come true if you work hard for it. All the best

Since you want to study bsc on australia then there are many eligibility criteria for that.. Such as your percenatage your marks and yes there is exam for taking admission and very limited seats.. So if you want admission just go and fill the form and study for that.

I hope this help

What is the cost to become a Neurosurgeon in Australia after completing MBBS in India?

First of, you need to remember that Australia has the lowest conversion rate to residency programmes and even lesser for surgical specialisations. Now if you have completed your MBBS in India, you will have to appear for AMC exam and clear the exam. Then you have to pursue an internship for atleast 2-3 years before you become eligibile for a Residency programme. It ideally takes 4-5 years to get into a residency programme in Australia. The fees might vary from 12,000-15,000 Australian Dollars. And this might change periodically. https://ama.com.au/careers/pathways/neurosurgery