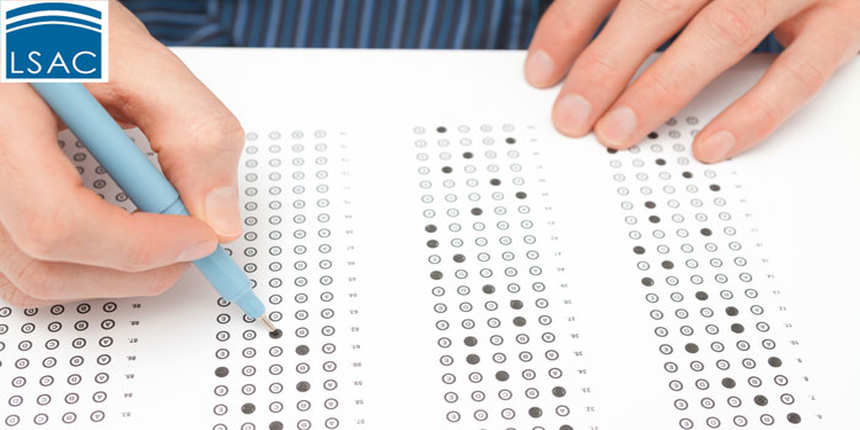 LSAT Exam Pattern 2018 – Law School Admission Council (LSAC) has released the LSAT 2018 exam pattern. Candidates who plan to appear for LSAT 2018 in the coming session should go through the exam pattern of LSAT 2018 to know more about the sections and types of questions that can be asked for the exam. As per the LSAT exam pattern 2018 prescribed by LSAC, there will be three topics namely Reading Comprehension, Analytical Reasoning and Logical Reasoning. Candidates must make sure to prepare themselves to attempt questions related to the above topics. LSAT is conducted in four sessions in the months of February, June, September/ October and December every year. Candidates who wish to pursue legal studies in countries like the United States, Canada, Australia, Middle East, Caribbean and other Asian countries must make sure that they attend LSAT 2018.

LSAT 2018 consists of five 35-minute sections of multiple-choice questions out of which only four will be considered for calculating the actual score. The topics included in the syllabus are reading comprehension section, analytical reasoning section and two logical reasoning sections. Along with this, a 35-minute writing test will be held at the end of the exam which will be unscored. According to which the total duration of LSAT 2018 will be 3 hours 30 minutes. The details of what will be included in the syllabus toipics are given here.

Reading Comprehension: This section will measure a candidates ability to read and understand and give insights to passages. The questions asked in the passage will be about the following characteristics of a particular passage.

Analytical Reasoning: This sections checks the ability of a candidate to understand the structure of relationships and to draw logical conclusions about that structure.

Logical Reasoning: This section will assess a candidates ability to analyze, critically evaluate, and complete arguments as they occur in ordinary language. The questions are designed to assess a wide range of skills involved in thinking critically, with an emphasis on skills that are central to legal reasoning such as

LSAT 2019 - The Law School Admission Test (LSAT) 2019 will be conducted internationally. Know all...

LSAT Selection Process 2018 – The Selection process of LSAT 2018 will be determined based on the ...

LSAT Preparation Tips 2018 - Candidates who are going to attempt LSAT can go through the LSAT 201...

Yes, Jindal Global Law school provides scholarship based on LSAT scores, according to which the top 5 scorers in LSAT who enrol in the program are given a scholarship of one lakh per annum, this scholarship is known as O.P Jindal outstanding merit scholarship, there are other scholarships as well which are offered by the university the information about the  which can be accessed here, http://www.jgls.edu.in/jgls-scholarship

The LSAT 2020 exam which was scheduled on 1st may 2020 is now postponed to 17th may 2020.Pearson VUE on behalf of USA–based Law School Admission Council (LSAC) will conduct the offline LSAT India 2020 entrance exam on May 17 Please click the below link to know the important dates for LSAT exam

I am 28 now. Can i get admission in basis of CLAT ot LSAT Score

There is no age limit for appearing in CLAT 2020 for UG program as well as in CLAT PG exam. So if you are able to fetch decent score, then you can get admission on the basis of that score. There is also no upper age limit for appearing in LSAT India Examination. But you can check the age limit specified by individual colleges wherein you want to seek admission.
Read More
Answer
Answer Later
Report
10 Views

Is it compulsory to give LSAT if I want to take admission for 5 year law course in Kirit P Mehta college NMIMS ?