Top reasons to study in Canada - Being one of the hottest destinations to study abroad, Canada attracts thousands of foreign students from across the globe with its peaceful environs and top-class education. Being a hub for international student education, Canada boasts of a number of high ranking universities in the world and is home to over 26 universities in the QS world ranking universities for 2019. With numerous top-tier universities, student-friendly cities, as well as research-based programs in domains like engineering and management, it's no wonder that Canada is one of the first places which comes in mind for students who want to study abroad. 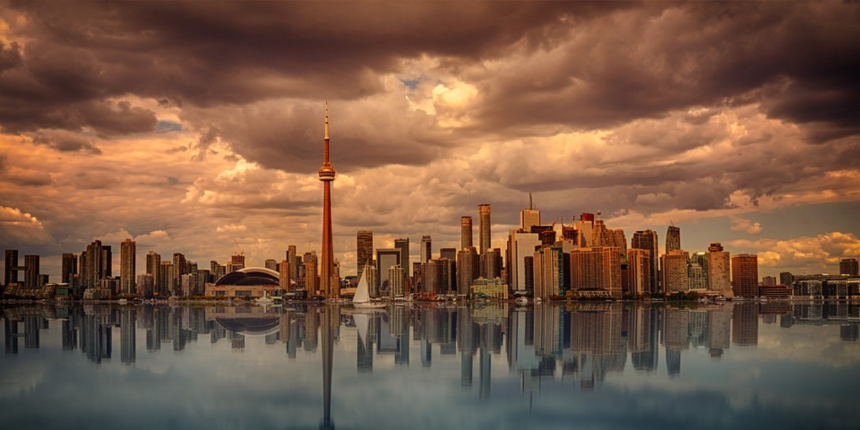 While, top universities are just perks of studying in the country, Canada offers more reasons for foreign students to pick the country as their next study abroad destination. Below, students can read about the top reasons to study in Canada:

Click here to know more about the top universities in Canada along with their world rankings.

2. Education at an Affordable Cost

Where the quality of education in the country is one of the top reasons to study in Canada, another major reason is the affordable nature of the world-class education which Canadian universities and colleges have to offer. Institutions in Canada offer an array of programmes spread across diverse fields. In fact, Canada is often preferred over other study abroad hubs like the USA and Australia because of feasible tuition fees compared to other countries. The cost of education in Canada depends on two major students are applying to and the programme they want to pursue. The tuition for MBA in one of the top Canadian institutions is in the range of CAD $30,000 - $50,000 per annum whereas the tuition for MBA at a top university in the US lies in the range of USD $80,000 - USD $100,000 per annum. The average tuition fees in Canada also tend to vary with the province of study with Ontario being one of the most expensive provinces in terms of university tuition.

Average Cost of Living for the Top Student Cities

This is probably one of the top reasons to study in Canada for students who’ll be pursuing education with the heavy burden of student loans on their backs. Work while study opportunities are useful for students who want to earn some extra cash while studying in order to cut down their overall cost of studying abroad. Aspirants have the advantage of being able to work during their stay in the country. This allows students to pay for various expenses including accommodation, stationary, travel and personal expenses. Students can work either on campus or off campus depending upon where the student intends to work as well as the availability of work opportunities in Canada.

Full-time students are eligible to work off campus; however, they must be enrolled in a recognised Canadian institution. Eligible students can work for up to 20 hours per week during their studies and full-time during their semester breaks.

While students who want to work on campus do not require a work permit, they must have a valid study permit and be a full-time student in order to be eligible to work while studying.

After studying in Canada, there are many students who want to make their temporary stay in Canada permanent by exploiting employment opportunities in the country. This is only possible when students have a full-time job post program completion for work after study in Canada.

There are primarily two immigration pathways available for students after education in Canada:

In the Express Entry Scheme, international students or professionals with sufficient skills and work experience are invited to be a permanent resident of the country. The main requirement of the Express Entry scheme is the candidate’s willingness to embrace Canadian culture and in some way contribute towards the country’s economy.

On the other hand, the Post-graduation Work Permit can be availed by graduates of certain Canadian institutes of higher education upon completion of their degree or program of study. This is a type of work permit which can later be converted into a Canadian permanent residency after a stipulated amount of employment in the country.

The country has welcomed more than 15 million international citizens from a variety of religions, countries and cultures. The multicultural environment provides students with the opportunity to interact with people from diverse backgrounds and increases the global exposure of students pursuing education in Canada. Apart from this, Canada is also a country with diverse languages, where, along with English, French is a highly spoken language throughout the country. These are the two official languages of Canada. Amongst the non official languages, Punjabi happens to be the third most spoken language. Therefore, international students are likely to come across people speaking different languages, and hailing from different cultures and walks of life, therefore eradicating the feeling of being an outsider in the country.

According to Global Innovation Index, Canada is among the top innovative countries in the world. The country is at the forefront when it comes to computer and information technology and is widely known for its reputation in diverse fields. Some of the top areas of innovation are also the top courses to study in Canada including domains like telecommunications, engineering, biotechnology, aerospace engineering and environmental industries. One of the top reasons to study in Canada is the fact that many research-based programs are incorporated in the Canadian education system which are focused on technological research and innovation.

Canada is also known for its commendable education in a number of domains as well as the quality graduates in these areas of study. Some of the best programs of study in various domains are given below.

Top Courses to Study in Canada

Being a geographically vast country, Canada, it's no surprise that it is home to some of the most popular cities for students. For international students, the sheer choice of attractive cities to study in Canada can be a difficult decision to maneuver through. According to QS Best Student Cities ranking for 2018, five Canadian cities are considered some of the best in the world. Montreal tops the list, landing a spot at number 4, with McGill University being the feather in its cap. The other best student cities in Canada include Vancouver, Toronto, Ottawa and Quebec among others and each city has something unique to offer. While Montreal has a largely English-speaking population, knowledge of French would be highly beneficial in other cities like Quebec.

Some of the top ranking student cities in Canada and the best universities for study in these cities are given below.

With so many valid points that make up the top reasons to study in Canada, it is understandable why Canada has been seeing an increasing number of international students applying to higher education programs in the past few years.

Top Universities in Canada 2019 - Check here ranking of the to...

Work after study in Canada – Check all the details related to ...

How to apply for Masters in Canada - Find the Top Universities...

what is the average cost for masters in canada

The average tuition fee for graduate studies in Canada ranges from 20,000 CAD to 30,000 CAD annually. For Indian students, the cost of Masters in Canadian universities ranges from 11.11 lakhs to 16.6 lakhs INR. MS in Canada can also cost to around 83 lakhs INR per annum(Considering living cost) whereas in USA, it goes above 1 crore. However, you can study without paying the tuition fee by getting a full-tuition scholarship or even fully-funded scholarships. The expenses before leaving India are one-time expenses such as exam fees, application fees, visas, and other costs. Together, these will offset the cost of a master’s degree in Canada while the student is in India.

Can I get direct admission for a masters in Biomedical Science in Canada after completing 3 years bachelors ?

When students are selected from the applicants they work from the top down. At the best schools they attract those with the highest scores. As they work down the list chances are that all the positions in class will be filled before they get to you.

The lower rated schools may get as low as score if the quality of the other applicants is not very good. But for sure all the funded places will have been taken before they get to you.

This means you have a chance at the lower rated schools. But as for the top schools that will not be you.

You can correspond with the registrars office at various schools in Canada by email and see what they say as there are no rules that apply to every school.

It also depends on your field of study. The ones that lead to the highest paying jobs attract the best students.

In your case with such a low score will be far down the ladder.

Hi, 6.5 is the minimum requirement of IELTS in Canada. So, IELTS won't be a problem for you. Now, coming to your academics, I'm sorry to say that it is going to be a hard journey for you to get accepted in top universities. Every university in abroad looks at your extra curricular activities and the projects you have done. If you have a strong hold on this and have also scored decent marks in this subject then the probability of you getting into a university will increase. My best bet would be that you get a good counselor for your profile and get ahead with them. I'm sure you will get into your desired university with a little bit of efforts. If you still have doubts feel free to ask your questions. All the best!

Im going to pursue a bachelors degree as an international student in Canada - BSc (chemistry). Is Im eligible for the MCAT exam?

Hi, according to 2021 eligibility criteria you should have on going or completed MBBS degree to be eligible for MCAT exam. Also, you can have 7 number of attempts in your life time. Below is the link for an article that might help to decide whether you are eligible for MCAT exam or not. Hope this helps. All the best!

Hope you doing well, see it totally depends on your knowledge and your experience if you have a degree and a certificate of experience from any company then you would be able to get a job in Canada , In Canada mostly jobs are given on the basis of your experience letter from the company for ex- if there is a software engineer and he had a experience of working in a company for 5 years then if he shows over there then he would be having a chances of getting into a company

Answer later
Report
View All Questions
Have a question related to Canada ? Ask