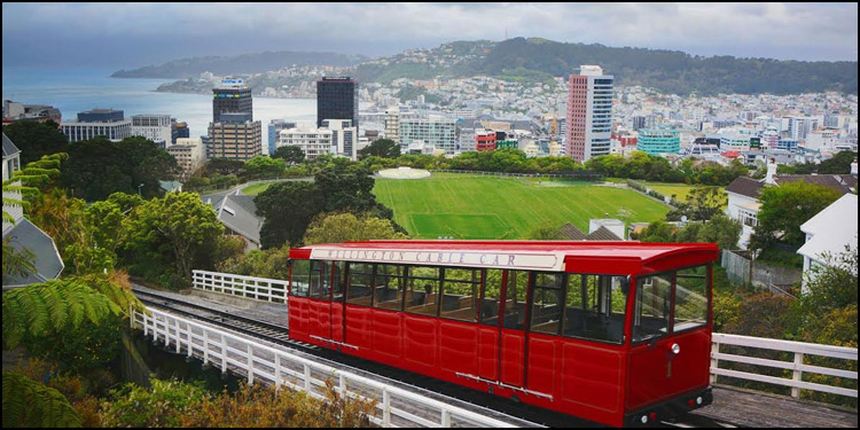 If you are wondering whether the kiwi nation is the perfect place to study abroad, we bring you some of the top reasons to study in New Zealand. Here we outline some reasons why the international population is witnessing a growth in past few years.

Before we bring you the top reasons to study in New Zealand, let us take you through some interesting facts pertaining to New Zealand:

In addition to that the country also boasts 20 institutes of technology and polytechnis where students hone their vocational skills. These institutes offer vocational courses across different fields at undergraduate and graduate level.

The number of foreign students flying to New Zealand for higher studies has jumped in recent years. Thanks to the eight world ranking universities along with some top programme that the country has to offer. So what are the top courses responsible for attracting large number of international students to New Zealand? Masters of Business Administration (MBA) tops the chart of top courses to pursue in New Zealand. When it comes to giving an aspirants’ career an edge, there are not many programmes that can compete with MBA. Apart from MBA, the other degrees that has caught the attention of both domestic and international students: Master of Professional Accounting, Engineering, PG Diploma in Agricultural Science and Master of Tourism among others.

US, UK and Australia are few countries that are known to have some of the highest entry score requirements in various standardised tests including GMAT, GRE, IELTS, TOEFL and SAT among others. For instance, in USA, top business schools like Stanford, University of Chicago, Harvard Business School would require a total GMAT score of 740, 720 and 730 respectively. While in New Zealand, the GMAT scores required in University of Otago is average i.e. a good GMAT score.

When selecting a study abroad destination, we tend to get engrossed in selecting universities, figuring out loan schemes and accommodation. However, we tend to neglect one of most common reasons to study in New Zealand- the student friendly cities a key element to consider when deciding a particular university. While searching and applying to various universities across New Zealand, it is crucial for aspirants to know about the environment of the country and about where they will be residing. Apart from world ranking universities, New Zealand boasts many cities which attract a large number of foreign students due to their affordable cost of living and easy accessibility.

For instance, in Auckland, rent can be anywhere between NZ$ 150 to NZ$ 300 per week and on average the rent could exceed up to NZ$ 8000. While, in a more affordable city like Hamilton, the weekly average accommodation could range anywhere between NZ$ 90- $ 110. Perhaps it is one of the reasons behind its growing popularity among international students.

Below we have shared the list of some popular student friendly cities in New Zealand:

Cost of education– one of the crucial element to be considered when deciding on a study abroad destination. A majority of students who go abroad for higher studies either study MBA or Engineering. And many of international students choose USA, UK or Australia to give wings to their dream. However, on the other side there are aspirants who want to save some money. For those aspirants, New Zealand with its affordable tuition fee is the clear choice. The cost of studying in New Zealand varies from undergraduate degree to postgraduate degrees. Generally, an undergraduate degree may range anywhere between NZ$ 18,000 to NZ$ 25,000 each year while a PG course may cost between NZ$ 10,000 to NZ$ 30,000 annually.

Stay tuned to www.studyabroad.careers360.com for more news and updates on Study in New Zealand

Get real-time alerts on exam & colleges at your fingertips with Careers360 App!

Top Universities in New Zealand 2019 ranking has been released by QS and THE. Compare top univers...

New Zealand: Candidates can know all about admission and visa guidelines to study in New Zealand.

Why New Zealand -Candidates can know here the reason why to study in New Zealand.

How to apply for Masters in New Zealand?

Showing 2 out of 2 Questions
13 Views

why choose new Zealand for study?

Well, Studying in NZ is cheaper than US and several European countries. Also a lot of scholarship opportunities are available to fund your study. University of Auckland is among the top 100 universities in the world.
NZ has some most livable cities in the world: Auckland, Wellington to name a few. Also one of the safest country to live.
Part-time job opportunities are plenty for international students through which you could recover the cost of your living expenses.
NZ is easier country to immigrate if your plan is to settle abroad. Add beautiful landscapes as another reason to ;)
As far as job opportunities are considered, NZ is a small country and offer limited work opportunities for internationals. Even though few employers might prefer locals ,as there is a lack of skilled professionals they are open to all, it would be upon you to sell yourself well.

Further research about work opportunities according to your field of interest and chose the best country accordingly. Goodluck !

Does GRE ,TOFEL &IELTS are mandatory for postgraduate courses or any one of the above?

As it seems like you want to take admission in New Zealand. so dear student it depends in which university you want to take admission in , so different universities asks for the different exam .They all have  their own criteria to take students for MS in their university. So maximum universities asks for GRE marks while few asks for the other test scores.  GRE though not too popular, GRE is required for admission to masters courses in some of the universities in New Zealand.  GMAT: While NZ, just like Australia puts more emphasis on work experience, GMAT is still accepted for admission to management courses in its business schools.

i hope it was helpful.