Top Universities in Singapore 2019: Singapore, a small city-state situated in the strait of Malacca island is big in imparting world class education. Though only three in number, the top universities in Singapore have dominated the world rankings. Indian students have found study in Singapore to be one the most preferred education and immigration hotspots, owing to its proximity and excellent career opportunities. The higher education system as well as the work opportunities has also been attracting a international aspirants from all over the world. 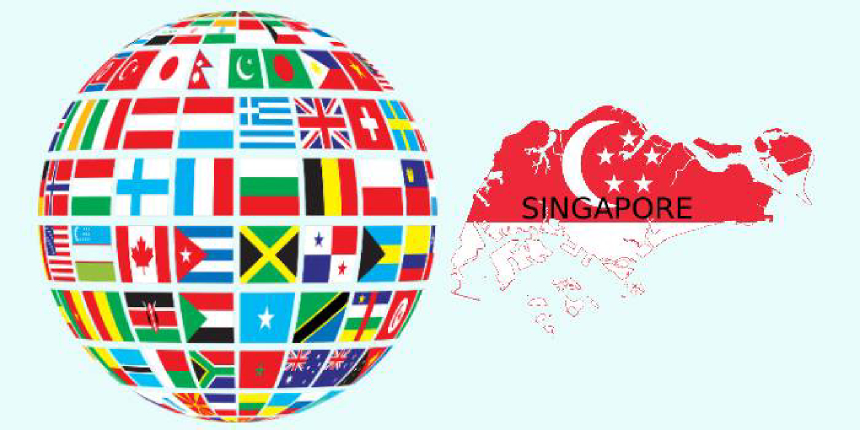 The national University of Singapore(NUS) and the Nanyang Technological University(NTU) has maintained their presence in the 100 top universities in the world in both QS and Times Higher Education University Rankings 2019. While National University of Singapore has maintained previous position in the QS ranking, NTU moved up three places and now ranks at number 12. In the THE ranking table 2019, NUS has lost its 22 position and is ranked at 23, NTU on the other hand improved one position and features at 51.

Singapore Management University is the only other institution from Singapore to have made it to the QS rankings.

Work after study in Singapore

Work after study in Singapore - Find here all the details rela...

Things to know before studying in Singapore – Students can get...

Top reasons to study in Singapore

Top reasons to study in Singapore - Check out some of the top ...

Is it possible to settle in Singapore after MBBS in India? What exams are needed to be cleared to get in Singapore to work as a doctor?

Yes you can! As long as your medical certification is from a recognised institution by the Singapore Medical Council, yo can apply to be allowed to practice in Singapore. Of course there will be a set of admin stuff you will have to complete before being allowed to practice here.

For practicing in in Singapore as a medical practitioner you must secure a job with hospitals, register with Singapore medical council and finally get accredited with Specialists Accreditation Board (SAB)  registration if you are practising as a specialist.

Alternatively, if there is a hospital/Medical institution willing to hire you, they can complete the procedutes on your behalf which will be much more convinient for you.

There are many colleges that accept students without the said exams but make sure you have your transcripts ready- LORs, projects/internships/Volunteering certificates, Statement of Purpose, Essays, Extra-curricular activities. These things are a must when trying to apply for colleges abroad.

Colleges in the US:

There are 08 top Australian Universities which follow the above given criteria in order to exempt international students from submitting IELTS scores for admission. They are as follows:

Most of the colleges in Australia require an IELTS test score but have been waived off only on a case by case basic which is entirely judged. Many a times they have also waived it off if the students have completed their education in english medium.

What is better place to get a degree in Design field : NID in India or any reputed foreign university such as NAFA/LaSalle in Singapore or UAL in London

Designing is an upcoming and demanding field and is gaining recognition faster than ever. Studying abroad does seem desirable but it is not entirely different from studying in your own country. Several Indian institutes ,not just NID offer amazing designing programs. Many Institutes in India have tie-ups with international universities and study abroad programs which will give you the exposure required for an undergraduate degree.

Studying abroad for an UG degree also requires a lot of capital ,so instead of spending that money for UG , you can save up for PG/higher studies abroad which will be of much more use. As long as you choose study and work hard, choose a good college with experiential learning then from where you study NID or NAFA or Lasalle or UAL it doesn't matter.

PFB the details of the list of colleges and their eligibility criteria.

Foreign universities consider many factors before admitting a candidate. Given your score, you have a fair chance. Also, you need work experience of minimum 2 years. Submit your application to various universities to increase your chance of getting admission into a program.

Also, go through the official websites of the universities, interact with the current students ( usually a chat option is available), hopefully, you will get a better idea.

I hope this helps!

Thank you and good luck!

in nus(national university of singapore) sat is necessay and im a pcb student without maths and in their admission mathematics is necessary but not clear about medical ! what should i do?

Below are the eligibility criteria for admissions at NUS:

If you are passed from a Central and ISC Board-

If you have passed from State and Other Boards-

Additionally, exceptional rank in JEE is an added advantage.

You can include, Physics, Chemistry, Biology, English and an additional subject( not specifically maths), as the 5 subjects.

I hope this helps!

Answer later
Report
View All Questions
Have a question related to Singapore ? Ask

Top courses to study in USA