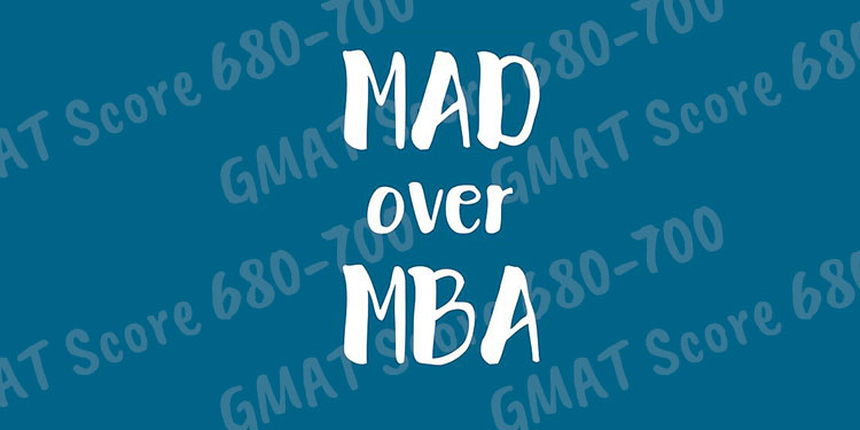 A GMAT score decides a lot about the institution the candidate would be attending. Other aspects, like a GPA, recommendations, extracurricular profile do matter but, the first level of screening would be a GMAT score.

The average/median GMAT scores for business schools each class have been improving with each year. The class profiles released by individual schools are a testimony to that.

Keeping that in focus, GMAT scores for the next year can more or less be predicted. MBA institutes can be divided into groups based on their preferred average GMAT score cut off they limit. One year management programmes at top schools are the most lucrative courses preferred by all. After a GMAT score, a good GPA, student profile, recommendations and the essays are the next.

The list outline the top schools and the average GMAT score required to be considered for the programme.

Being the biggest continent, Europe is the biggest hub for management studies with the most number of top management schools. Some of the top business schools for GMAT Score 680–700 are in Europe.

Ranked number 2 by the QS ranking 2017, London Business School has a three-word vision “Continued business impact” which sums up their intention to impact the way the world does business. LBS draws the best of the crowd from the world over. The minimum GMAT score of the class of 2018 is 600 and the average 707. This says a lot about the intense screening process of the course. It is an achievable business schools for GMAT Score 680–700. A score of 700 would be a safe score to apply at LBS. The official website FAQ’s mention that a high score does not guarantee an admit, neither does a low score result in a reject. A good GMAT score is just one of the aspects, the others aspects include GPA, scholastic and extracurricular achievements and interview.

One of the premier management institutes of the world, HEC Paris has a two-fold mission: training the future global leaders, and taking an active part in the production of knowledge on management.

Ranked 12th by the QS rankings 2017, it is one of the top business schools for GMAT Score 680–700. The average GMAT score of 2017 intake at HEC Paris was 690. A GMAT score of 700+ the quantitative and verbal sections score of above 60% is the predicted score for this school in France. As HEC Paris also considers GRE score for MBA, a GRE score of above 65 percentile for quantitative or verbal sections would be a good score for applying.

Other requirements include an English language proficiency score.

Executive MBA, Global Executive ONEMBA and Cologne-Rotterdam Executive MBA. The international MBA is of 12 months duration which requires a bachelor’s degree and work experience to apply. Rotterdam accepts applications from candidates with a score of 600+. The other requirements include a good GPA of 7 out of 10 or B+ in American terms or 2nd class honours or 1st division in British academics. There is also an English Language proficiency requirement.

Some of the top business schools for GMAT score 680–700 are in USA. Important among them are MIT Sloan, Stanford Graduate School of business, Harvard Business School etc. The latest class profile of the top schools of USA points to an average score of 700+.

These schools are within reach for applicants scoring a GMAT score of 700+.

MIT Sloan is the business school of Massachusetts Institute of Technology. It is one of the most prestigious universities which top the international university listing in a number of disciplines. MBA is one of the most preferred programmes at MIT. The previous class profile of MIT Sloan is astronomic with the students in the GMAT score range of 690–760 and an average GMAT score of 724. The other requirements such as English proficiency, extracurricular, scholastic and academic achievements should also be amazing.

A dream school for anyone wanting to do an MBA, Stanford stands among the topmost business schools for GMAT score 680–700. Boasting of alumni like Phil Knight (founder Nike), Vinod Khosla (Cofounder Sun Microsystem), Stanford Graduate School of Business bags the number four position among the top business school according to the QS rankings. The latest class profile has applicants in the GMAT score range of 590–790 with an average of 737.

A relatively younger school, CEIBS was established in 1994 as an agreement between the Chinese government and the European Commission in Shanghai. The school has campuses in Beijing, Zurich and Accra, Ghana. CEIBS offers a variety of management programmes including MBA and Executive MBA and PhD in management. Though relatively young, CEIBS has become one of the top business school for GMAT score 680–700.

Ranked the top school in Asia by financial times, CEIBS has high GMAT expectations from its applicants with an average score of 686 in its last intake.

The average GMAT scores for the latest intake at NUS is 662. With a predominantly international crowd (93%), NUS MBA is a much sought after course.

The Hong Kong University of Science and Technology, Hong Kong

A relatively young business school, HKUST is firmly at the 18th rank according to the QS world ranking. The typical GMAT score range of HKUST MBA programme is 580–710 with the median score of 680. The course also demands a minimum TOEFL score of 550 (paper-based)/80 (Internet-based) or IELTS band 6.5, with no subtest score less than 5.5

The premier business school in Australia, Melbourne Business School figures in the 15th position worldwide according to the QS world ranking. Melbourne Business School offers a variety of courses including MBA, Executive MBA, Senior Executive MBA, Masters in Business Analytics and Specialist Masters. The class profile of 2016 had an average GMAT score of 687. The school also requires English Level Competency certificate taken within the last 24 months. The applicant should have scored in either of the tests

In reality, a GMAT score of above 700 coupled with good CGPA, and academic background will open the doors of any business school worldwide. The students need to develop their personal skills as well to gear themselves for the tough course.

Stay tuned to www.studyabroad.careers360.com for more news and updates on GMAT Scores required for Business Schools.