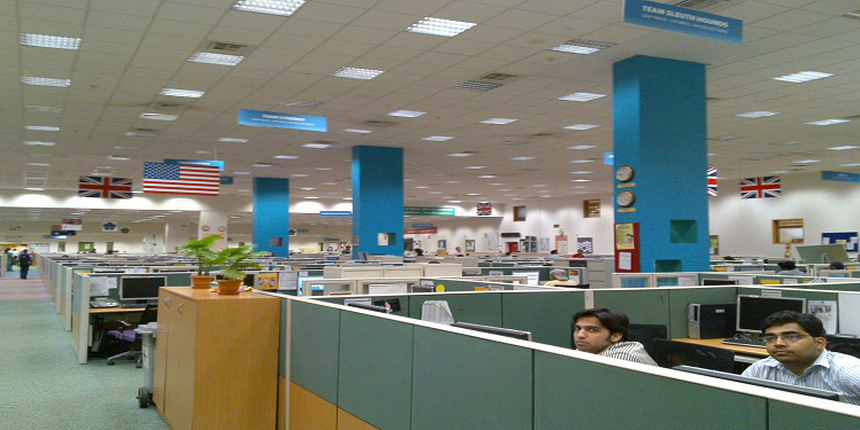 Work opportunities in India for foreign-degree holders: The number of international students from India is increasing at a record pace, with figures crossing the 300,000 threshold for the first time in 2015. A report by M.M Advisory Services, a specialist solutions provider in international education, shows that in four of the Top 5 international destinations – US, Australia, Canada, UK and New Zealand – Indian student numbers are fast outpacing the rest of the world.

Lack of capacity and quality are the major reasons why Indian students are increasingly choosing to go abroad for higher studies. According to conservative estimates, a staggering 70% of the educational institutes in India are of poor standards. Meanwhile, competition for a seat at the premium institutes, which are only a handful, is such that many deserving candidates bite the dust. Studying in a foreign university, on the other hand, offers not just a chance to explore a quality academic environment but also widen one’s experience through exposure to diverse campus life. “Studying abroad is an experience worth every penny and every second of one's life. It opens you to so many possibilities and experiences,” says Akhil Anant, a Charpak scholarship winner who pursued Aircraft & Helicopter Design from ISAE-SUPAERO.

Another major factor here is the opportunities that open up for foreign graduates in the job sector. “There are multiple benefits; one of them being there is an enhancement in your earning potential. A foreign degree from a good university makes your CV stand out,” says Ruhi Kandhari, a Chevening scholar.

Challenges and work opportunities in India for foreign-degree holders

Many students who go abroad for studies also plan to stay back and work there after completing their studies. But sadly, it doesn’t always turn out that way, especially after countries like the UK which have tightened their visa rules. Consequently, many of these students are forced to return and search for a job in India. Sometimes, prospect of a good job in India makes them go back home. So, it is in this regard it is important to analyze what type of work opportunities in India for foreign-degree holders is available; what kind of advantages these degree holders enjoy and also what are their challenges.

Advantages of a foreign degree

Employers view students with foreign degree favorablyas their college curriculum is believed to be more in sync with the needs of the industry. “While most Indian institutes fail to reinforce the relationship of the course with the job, foreign universities focus on providing a skill set to the students,” says Kanika Marwah, Director of University Options, an education counseling service. For example, the University of Warwick offers a course called MORSE (Mathematics, Operational Research, Statistics and Economics), which prepares students in four different disciplines, thereby increasing the employability of the student because of the skills the course has provided.

In addition to having the ability to solve real-world problems, foreign-educated students show better communication skills and critical thinking ability and typically have better subject knowledge, assets that are increasingly valued by most companies. “Typically a foreign degree adds certain skills to a candidate in terms of their confidence, ability to adapt and have a global perspective,” says Mr. Ganesh Kohli, IC3 Conference Chair.

Most importantly, they are considered to be job ready, which helps company to cut down costs otherwise they would spend on training a new recruit. “Skills that are gained through part-time work are extremely valuable and reflect the pro-activeness of the student,” says Karyn Kent, CEO of StudyAdelaide. All these positive traits are likely to boost work opportunities in India for foreign-degree folders.

If you study in the USA or UK, you have a better chance of landing a job than from Germany, New Zealand, or for that matter Australia. According to Indian Employability Survey Report 2014 by British Council, for 34.7% companies that hire graduates from foreign universities, the US was the first choice, while 10.9 percent picked the UK.  But as you move to the third placed Germany, the excitement dies off quickly as less than 2% sought to hire graduates with German degrees.

Besides, 31% percent of companies hire only from only the top 10 institutes in the world. So, while two students may have the same degree, depending on where they earned those degrees Indian companies may judge them differently when making a job offer. It is imperative, hence, for students eyeing for better work opportunities to pick their study-abroad destination as well as university judiciously. According to Mr. Kohli, while placements do play a big role in study abroad planning process most times it is difficult to get such information so students go by hear-say rather than inquiring with the people who know about the system. “Universities are armed with placement data and students should reach out to admission personnel at the university to request placement details from past years for the programs they wish to pursue,” he said.

Students from management disciplines lead the pack when it comes to preferred disciplines of study, with 32.4 % of firms hiring them. Another discipline that did well in the popular jobs in India for foreign-educated graduates survey is engineering, which received the approval of 29.7% of firms. The third spot went to Computer and Information Science at 21.6.

Typically, a large number of foreign-degree holders seeking jobs in India are from top-50 institutes, which gives companies a vast pool of quality resources to choose from. This in turn squeezes out talents from lower-ranked ones, who are forced to compromise on their salary and even job content.

These factors are major obstacles facing a foreign-degree holder seeking job in India, and one should therefore modify one’s expectations according to the market’s response. Foreign-graduates seeking jobs in India are also urged to try the internship route to fill skill gaps that exist in almost all companies. It may ultimately lead to a permanent position, and is actually a much better option than to go into depression just because one isn’t able to find a job matching one’s skills.

Stay tuned to www.studyabroad.careers360.com for more stories on India