Top Universities for Engineering in Canada

Engineering is the most taught subject in the world. Aspirants dream of pursuing the course from top places which also offer them better employment opportunities. With opening up of its visa policies, students opt to pursue education in engineering from top universities for engineering in Canada. 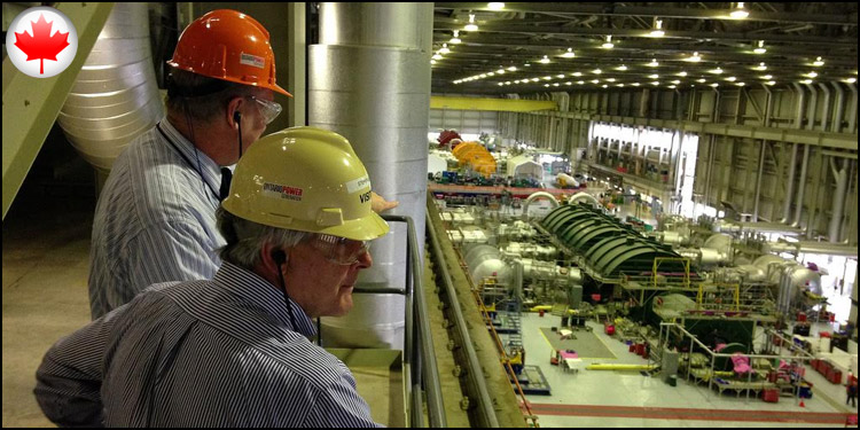 Canada is the ninth largest vehicle producer in the world, making it one of the most wanted places for automotive engineers. Also, with mining being one of the primary industries in Canada, aspirants from all over the world aim to study mining there. Centres for mining are Calgary, Alberta and Saskatoon. The top universities for engineering in Canada are in the three provinces, Ontario, Alberta and British Columbia. The industry and education together offer quality education in Canada

Ontario holds most promises for engineering graduates in Canada. Being number two in the technology cluster in North America, it offers well-paying job opportunities for a number of engineering specialisations including computer, software, electrical and electronics, computer and electronic product manufacturing, and telecommunications. Supporting the above, the transportation and manufacturing industries will create a demand for the other related engineering fields like mechanical. It has six of the top universities for engineering in Canada.

The University of Toronto tops the QS list of Engineering colleges in Canada. It is ranked at 34th position by the QS world rankings in Engineering and technology. Located in Ontario, University of Toronto stands in the 10th position in Computer Sciences in the world and 17th in Minerals and mining engineering. The university is also among the top 10 for nursing. The faculty of the century-old university co-author research papers second to Harvard University and are among the top five cited around the world. The university is ranked at the 19th position according to the QS Graduate Employability Rankings. The Graduate programme fee for 2016-2017 lies between from $36,913.694 -$55,434.

Founded on 16 October 1841, Queen’s University is 26 years older than Canada. Queen’s, as it is usually called, ranks 6th in the world in Minerals and Mining Engineering according to the QS world rankings 2017. It is a publicly funded research university. Its alumni include two Nobel Laureates, 8th Prime Minister of Canada Robert Borden as well as Elon Musk, founder of  SpaceX, Tesla Motors and PayPal. The major course applications are done between January and March. The total term fee for Masters and Doctoral Programmes is approximately CAD15000.

McMaster is a public research university named so after William McMaster, a Canadian Senator and Banker who donated CA$900,000 for its founding. McMaster is ranked 6th in among all Universities and 7th Engineering and Technology among universities in Canada. The university offers a more than 3000 undergraduate courses and more than 150 postgraduate and doctoral courses. It is ranked 7th in Canada according to QS Graduate Employability rankings. The undergraduate international fee ranges from 16,000 USD - 18,000 USD.

The University of Western Ontario

The university is corporately branded as Western University. It holds 9th rank among the Canadian universities and as well as among the Engineering and Technology universities in Canada. It is ranked 91st in the world in social sciences and management studies and 51 in Economics and econometrics worldwide. This 5 stars rated university by the QS ranking attracts students from 117 countries from around the world.

Alberta has fossil energy reserves and recently has been the reason for the substantial growth of other industries along with the petroleum industry. Alberta is the second largest exporter and fourth largest producer of natural gas in the world. Agriculture and forestry add significantly to its economy as well. The Canadian province is also the world leader in building products and technologies sphere. This has subsequently caused an increase in the requirement for professionals from almost all engineering streams such as mechanical, civil, electrical and electronics.

Calgary is one of the fastest growing regions in Alberta, Canada. Many major oil and gas related companies like BP Canada, Shell Canada, Canadian Natural Resources Limited etc. have their head office in Calgary and many financial service businesses have also grown as a result. Calgary is also a distribution and transportation hub of Canada.

The University of Alberta is one of the top five universities in Canada. Faculty of Engineering is one of the largest in Canada in terms of size, international impact and reputation. The undergraduate programme is 4-5 years duration and the Masters programme is 2 years.  Chemicals and Materials engineering department which has Computer Process Control and Oil Sands Options. This is a top programme in Canada by a wide margin and is in the top 5% in North America. The university is ranked in the top 20 in Mineral and mining engineering worldwide.

A public university located in Calgary Alberta, University of Calgary was initially the Calgary branch of University of Alberta and was separated in 1966. The university ranks among the top 5 in Canada for Engineering and Technology courses as well as in Employability according to QS.  The university was ranked number 1 in Canada in QS World Universities Ranking (Top 50 under 50) in 2016.

The largest province of Canada, Québec ranks at number 3 for job opportunities in the engineering sector. The main source of jobs in Québec is machinery manufacturing and its transportation which require mechanical engineers, aerospace engineers and engineering managers. The computer and electronic manufacturing industry located in Montréal has a constant requirement of electronics, electrical as well as computer science engineers as well as experienced engineering managers. Most importantly,  Montréal being the world leader in the aerospace industry offers employment avenues to the aerospace engineers.

A public research university, McGill university boasts of 12 Nobel laureates, 142 Rhodes scholars, Canadian PM’s Academy and Grammy award and 28 Olympians among its alumni. The university ranks at 30th among the top universities according to the QS ratings. The university is ranked fourth in Engineering and technology in Canada and is among the top 65 worldwide. Among its other achievements, it holds third position in Anatomy and Physiology, 6th position in Mineral and mining engineering,  39th in mechanical and aerospace engineering. Montreal is also the most student-friendly city in the world according to the QS ranking.

Situated in the most student-friendly city of the world, Université de Montréal is public research university in Canada. A part of the U15, the university has the third largest sponsored research income in Canada. The university ranks at number 96 according to the High Impact University (University Ranking by Academic Performance).

British Columbia is blessed with abundant natural resources. This westernmost province has the Pacific ports that enable international trade. Though the province has natural resources, it is coming up as the hub of the service industry in Canada. Finance, insurance, real estate and corporate management make up the most of its service industry. Vancouver leads the world in sustainability, green and clean technologies as well as green architecture. This has created a demand for civil, environmental, electronics and electrical engineers.

University of British Columbia
Ranked at 45 according to the QS world rankings, University of British Columbia alumni list boasts of the present Canadian PM Justin Trudeau among many more. The university has the second largest sponsored research income in Canada. The first being University of Toronto. It holds the 6th rank in the world rankings for Minerals and mining engineering. The university features among the top 20 in the world in sports-related subjects, Geography, Environmental Sciences, Psychology, Agriculture and Forestry, Anatomy and physiology, Earth and Marine Sciences, and Nursing.

Stay tuned to www.studyabroad.careers360.com for more news and updates on study in Canada

Things to know before studying in Canada

Student Visa for USA
Top Universities for Engineering in Canada