Top reasons to study in Netherlands 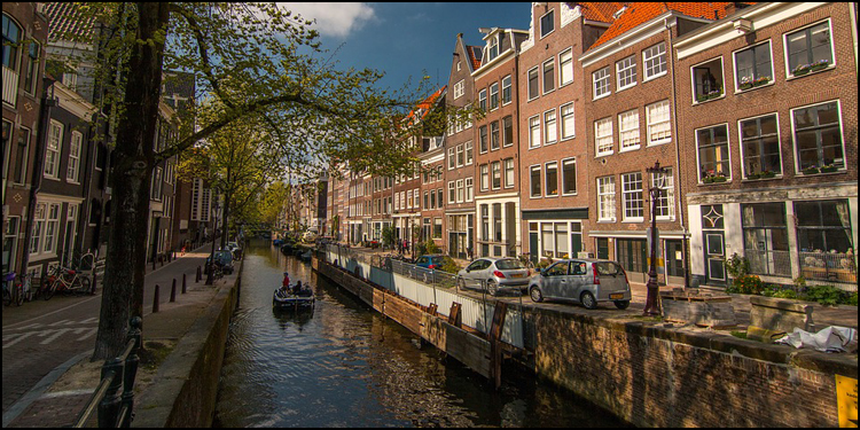 Study in The Netherlands: Rich Culture

The central position of the Netherlands on the European map has bestowed upon it huge economic and cultural advantages. Not only does it have one of the biggest ports in Europe, it is also well connected with the rest of Europe and the world by air and rail. The country is considered as a meeting point of German, British and French cultures. Its advantageous location allows universities and educational institutions to offer study tours and academic exchange programmes to students from across Europe.

Study in The Netherlands: University Types

International students, whether opting for Bachelor's or Master's programmes, require good English proficiency test scores to be considered for admissions to universities in The Netherlands. This ideally means an IELTS score of 7 and above without scoring 6.5 or below in any section, or a minimum C in Cambridge International exams or a minimum of 95 in TOEFL iBT without scoring less than 22 in any section.

Eligibility for most Master's programmes requires candidates to attain a valid and substantial GRE or GMAT score. Some programmes like communications, sociology, etc. do not require a GRE/GMAT score. Check individual course requirements for the specific eligibility criteria.

A Statement of Purpose is also part of the admission process along with letters of recommendation.

Study in The Netherlands: Language not a barrier

Language hardly acts as a barrier in this Dutch-speaking country. Almost everyone speaks English as a second language and the universities also offer programmes in English, making it a cherished study abroad destination. Infact, the Netherlands is the first non-English speaking country offering higher education courses in English.

Study in The Netherlands: Quality Education

According to the QS Rankings 2018, there are 10 Dutch universities in the top 200. The most opted for courses in the research universities are Economics and Business, Human and Social Sciences, Engineering, Arts and Culture, Science, Liberal Arts and Sciences. Additionally, the universities of applied sciences are also preferred for healthcare and education related subjects.

The Dutch education is at par with international standards and is gaining worldwide renown. The Netherlands Organisation for Scientific Research (NWO), the national research council, funds top researchers at universities and institutes to promote quality and innovation. It also boosts research by providing subsidies and research programmes.

The Netherlands is well known for its Problem-Based Learning educational system. It is interactive and focuses on teamwork. The tuition fees and living expenses for those who come to study in the Netherlands are comparatively lower than the other European countries. Fees for students from the European Union and non-European union students vary greatly but are affordable. The universities also offer scholarships that contribute towards reducing the course fee.

Study in The Netherlands: Course Fees for Bachelors and Masters Courses

Study in The Netherlands: Happiness Index

Another important reason to study in The Netherlands is due its Happiness Index. According to the World Happiness Report published by the United Nations Sustainable Development Network, Netherlands occupies the sixth position worldwide with a score of 7.377. This report is based on GDP per capita, social support, healthy life expectancy, freedom to make life choices, generosity, and perceptions of corruption. The countries that are above the Netherlands are Norway, Denmark, Iceland, Switzerland and Finland.

Study in The Netherlands: Work opportunities during and after the course

While EU/EEA students do not require a permit to work during their course, non-EU/EEA students will require a work permit to do so. The work permit allows students to work for 10 hours per week and full-time during the holidays. The full-time or seasonal work is only permitted during the months of June, July and August. The work permit has to be applied for by the employer who intends to employ the foreign student. The student will also be eligible to take a healthcare insurance, pay for social security and income tax.

Non-EU/EEA Students who have completed their course from universities in The Netherlands can go on to explore job opportunities in the country. Such candidates can apply for The Search Year Visa to look for a job. This one-time visa has a validity of 12 months grants grants the student permission to stay in The Netherlands for a year after the graduation date to look for a job.

Though the application process for The Search Year Visa is a little cumbersome, students are suggested to apply for it in advance. The visa holders are not required to apply for a work visa when they land a job. It is the employer who has to apply for the work permit on behalf of the candidate. However, If a student does not land a job during the 12 month period, s/he will be asked to leave the country.

Study in The Netherlands: Student Visa

International students who are in the Netherlands for more than 90 days are required to apply for a residency permit if their stay exceeds 90 consecutive days. The updated Dutch Modern Migration Policy Act (MoMi) makes it necessary for non-EU/EEA nationals studying in the Netherlands to obtain a residence permit and be registered for their entire stay.

Study in The Netherlands: Scholarship options

Study in The Netherlands: Top scholarships