Top Courses for Masters in Germany 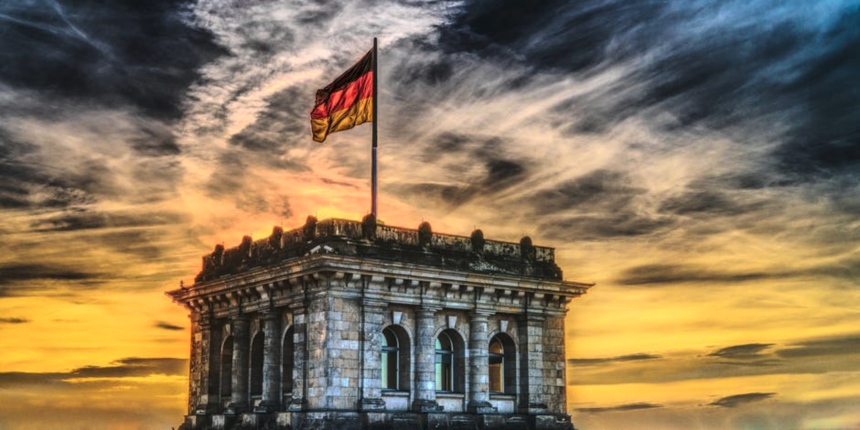 Top Courses for Masters in Germany - For students all around the world, Germany has always been one of the first countries which comes to mind while applying to universities in Europe. One of the reasons why Germany is so popular for education amongst international students is the fact that tuition fees in most German universities are nil and for others, the fees are nominal. Apart from this, the fact that some of the best universities in Germany for international students offer highly intensive courses with a commendable return of interest is another reason why more students have been opting for higher education in Germany. Setting academic interests aside, Germany is also home to some of the best student cities in the world with Munich, Berlin and Stuttgart being ranked at number 6, 7 and 58 in the QS ranking for best student cities. For students who are interested in pursuing their postgraduate education in Germany, there are a number of areas of study for which the nation is highly acclaimed for and certain courses which are unmatched in quality, pedagogy and output. For these students, the top courses for masters in Germany in English and in the German language of instruction have been delineated in this article.

Top Universities in Germany for Masters

Top Areas of Study in Germany

Amongst all of the top universities in Germany for masters programs, there are certain areas of study which are exceptionally popular amongst international students. Although engineering and technology remains one of the top courses for MS in Germany, especially amongst Indian students, German universities also excel in domains such as philosophy, sociology, agriculture and forestry, law and mathematics amongst others. These areas of study are the most highly ranked at various universities in Germany for international students according to the QS world subject rankings and include the following:

Tuition Fees For Universities in Germany for Masters Study

The tuition fees for some of the top universities in Germany for masters as well as the semester fee have been listed in the table below.

Tuition Fees for Universities in Germany for Masters Study

In order to gain admission to most universities in Germany for masters programs, there are a number of requirements that applicants have to fulfil. The first and foremost of these requirements is that the student should hold an undergraduate 4-year, or in some cases, 3-year degree in a field of study related to the program of application.

Applicants must also provide a number of supplementary documents which includes the following:

Apart from these requirements for study in Germany, many universities in Germany for masters only offer certain programs in the German language of instruction. In order to be eligible for admission to these programs, students are therefore required to display a high proficiency in German which is equivalent to at least the C1 level of proficiency on the Common European Framework of Reference for Languages (CEFR) scale. The most widely recognized German language proficiency certifications are offered by the Goethe institute and are available for CEFR levels from A1 to C2.

Top Courses for Masters in Germany

Although the most sought-after MS courses in Germany are often in the domain of engineering and technology, there are a number of other courses amongst the top areas of study in Germany which are of commendable quality, provide excellent ROI and are highly competitive as well. Five of the top courses for masters in Germany have been listed  below. If the program is available in English language of instruction then it has been mentioned, otherwise the language of instruction apart from English is mentioned.

Archaeology revolves around the study of physical remnants from the past, their analysis and inference of events and occurrences from the same through a combination of various aspects of science and humanities. This involves an extensive amount of fieldwork associated with the study of bones, structural remains, tools, historical sites and other artefacts. In order to be eligible for any of the MA or MS courses in Germany in archaeology, an applicant should ideally have a bachelor’s degree in science, humanities or any of the social sciences.

Classics and ancient history is the academic domain which is associated with the study of Greco-Roman culture, literature and history as well as the study of ancient languages like Latin and Greek. Due to the broad range of possibilities in terms of curriculum, academic programs in classics often vary tremendously; with some of the top courses for masters in Germany for classics being highly comprehensive. In order to be eligible for any of the MA or MS courses in Germany for classics and ancient history, applicants should have a bachelor's qualification in any of the social sciences or humanities. Additionally, language knowledge in any of the classical languages i.e. Greek or Latin is often a prerequisite as well.

Program Details for Top Courses for Masters in Germany

Philosophy is a multi-faceted domain of study which is bound to remain in demand to no end. This is because philosophy deals with the study of humanity through inference and analysis of past and present debates, events and ideas. It is a domain of study which has a leg splayed in nearly every other academic domain, especially in the social sciences; therefore, students from a variety of backgrounds opt for a masters in philosophy. For admission to some of the top courses for a masters in Germany in philosophy, applicants from any area of expertise are accepted with a preference for students from humanities or the social sciences.

Program Details for Top Courses for Masters in Germany

A masters in Physics is essentially the study of everything from the beginning of the universe with the big bang, to the modern day and governing natural laws as well as theories. It involves the study of things ranging from the miniscule size of a quark to the tremendous capacity of the universe. Being one of the primary experimental and theoretical sciences, an academic qualification in physics leads to a large amount of job options and research opportunities. For admission to any of the top courses for masters in Germany for international students in physics, applicants should ideally hold a bachelor’s degree in either physics or mathematics. Applicants with a background in chemistry and engineering are also often accepted.

Cost of Living in Germany

Scholarships to Study in Germany