Things to know before studying in UK 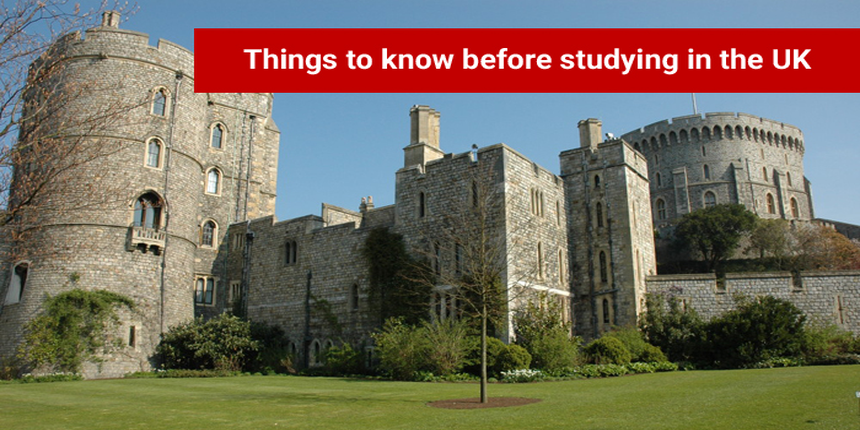 Things to know before studying in UK: One of the traditional powerhouses in the field of education, the UK today attracts more than four lakh international students every year, which is second only to the USA. The engine behind this amazing success story is a host of universally acclaimed educational institutions which frequently dominate world university rankings. In fact, four of the top ten universities in the world are in the UK (QS), a record that would impress even its most strident critics.

Yet from the point of view of a student, basing a decision to study in UK solely on university rankings isn’t such a prudent idea.  It is because, as you will realise throughout this article, there are many other things to know before studying in UK –things that will put you in a better position to handle the pressure of expectation and help you grow as a person. Also, why not learn about the new country in advance, when it can add to the fun and keep you a step ahead of your peers.

So here we go bring you a list of things to know before studying in UK:

The UK is friendly, but barring a few don’ts! The growing international diaspora in the UK is a great example how the UK has embraced multiculturalism making it easier for international students to settle in and feel at home in the country. Cities like London, Birmingham and Manchester today aren’t simply representative of the local ethos and culture, but are playgrounds for international communities to showcase their differences and culture. But while it is easy to get around in the UK, there are certain things to avoid so that you don’t hurt the sentiments of the locals and stay out of trouble.

The ancient and the modern come head-to-head in the UK: A cultural melting pot, the UK carries a legacy, history and architecture that inspires generations even today. Characters like Robin Hood, the heroic outlaw, today aren’t just restricted to the UK, but are warmly embraced by millions across the world. And there are kings and queens, whose stories regaled us, and the giant Shakespeare, who gifted us the literary gems. Ancient structures like Windsor Castle, meanwhile, take us back to a bygone era, as you can still smell its fragrances, so poignant and strong. Now fast forward to the 21st century, and you have modern cities like London and Manchester City replete with modern buildings and infrastructure. While studying in UK you are going to have a great time drooling over how the past and present coexist so beautifully!

Work opportunities: With tuition fees going through the roof, especially for disciplines like engineering and business management, part-time job opportunities have become a student’s best friend. It is because, working part-time, a student not only earns some decent money, but gets valuable insight into the existing labor market in that country.

Insurance: The public health care system of the UK, the National Health Services (NHS) only offers emergency services for free to international students. So, if you are studying in UK, you will have to pay extra surcharge for medical treatment and the costs of repatriation extended by NHS, with the cost around Â£150 per year. Additionally, universities in the UK mandate that students get registered with a General Practitioner (GP) in accordance with the country’s study abroad health insurance policy.

Since the NHS isn’t a comprehensive policy, it is not uncommon for students to buy private plans which offer more extensive coverage, including coverage for expenses related to visiting your home country for treatment. Some students even buy travel insurance plans, which by the way isn’t mandatory for admission, but provides a cushion of safety considering as an international student you will be doing a lot of travelling.

Best student city: The international higher-education landscape is changing rapidly, thanks to the popularity of concepts like student cities. Today we have agencies like QS publishing lists of the top student cities based on parameters like safety, pollution, livability and also on cost of pursuing items like an iPad or big Mac. It then goes beyond the traditional way of listing top academic destinations (cities) based primarily on the number of ranked or universally acclaimed universities.  The UK is well represented in the best student cities in the world list as it has representations in the form of London, Birmingham, Coventry, Edinburgh and Nottingham.  One common feature of these cities is they put the safety and well-being of the student at the very top; allowing students and parents to breathe easy.

Accommodation: If you want to be frugal with your money, give up hopes of getting any help from the tuition fee, which is fixed. Instead accommodation in UK is one area where you can make some savings. Like if you are studying in UK, you have the option of staying in university halls (Â£150 to around Â£250 or Â£300 per week), university house or flat (Â£150 to Â£200), private house or flat (Â£100 to Â£140), and homestays (Â£130 to Â£250). Students typically prefer to stay in on-campus accommodation, be it halls or flats, the reason being you get to stay close to your college, which cuts down commuting costs and also time, and in a tight student community, where friends is easy.

To cut costs, students staying in on-campus accommodation can go for shared halls, which are cheaper than single suits.

These scholarships make it possible for students from financially weaker sections to pursue their dream of studying in UK and benefit from its vibrant education system.

Food habits: The multicultural nature of Britain gets reflected in its food scene as well, which is evolving at a breath-neck speed. Starting from the world’s best restaurants to traditional eats, it has it all.  If you aren’t ready to splurge your hard earned money on trying extravagant food at outlandishly costly restaurants, you needn’t worry, because the UK has its share of street food. Some of the popular dishes dished out by these food stalls, something you can try to your heart’s content while studying in UK, include miniature burgers topped with kimchi, Japanese-inspired macaroons and Asian soups.

Stay tuned to www.studyabroad.careers360.com for more news and updates on UK