Engineering in Singapore: How much does it cost? 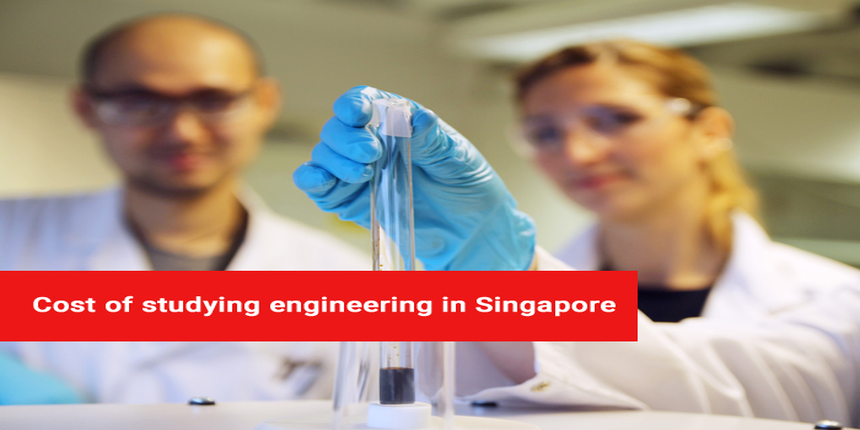 Engineering in Singapore: With a per capita income that would put even many other developed countries to shame, it is no surprise Singapore, for some time now, has been cited as a yardstick for development and universal health. But these days Singapore has found another cause for celebration: it is the country’s higher education which is taking center stage, making it especially popular among international students, including engineering aspirants.

Postgraduate tuition fee at the National University of Singapore and Nanyang Technological University, the two top-ranked universities in Singapore and which are ranked 12th and 13th respectively in the QS world ranking 2015, can reach upwards of S$30,000. In dollar terms, it is more than $22,584 per annum, which pales in comparison to cost of pursuing engineering in US, especially from a top university like Stanford or MIT, where annual fee can top $50,000 annually. So, if you are ready to look beyond the US, you have the motivation to study in Singapore right here.

Low tuition fee would help you keep the cost of studying engineering in Singapore within reasonable limits. Of course, there are many other factors like living costs and other expenses that need to be taken into account when calculating the overall cost of studying in Singapore, but low tuition fee is always a welcome sign. It is also important here to put the HSBC report into perspective, as Singapore not necessarily is the second costliest destination for engineering students, but it is only an overall reflection. Furthermore, when calculating costs, many lowly-ranked universities, where fees tend to be low, could have been included which in turn might have pulled down overall cost of studying in some countries like the US, where there are many such universities, as also public universities which again typically have low fees.

Singapore University of Technology and Design is another good bet for a postgraduate degree in Singapore, and has an annual fee of S$26,000. At the postgraduate level, the lowest tuition fee among the institutes listed here, however, goes to SIM University, S$6,420 per annum.

The undergraduate tuition fee at National University of Singapore stands at S$ 37,550, which is higher than the S$26,000 at Singapore University of Technology and Design.

Universities in Singapore cater to all levels of study in the field of engineering –bachelors, master’s and doctoral.

Living expenses is the second biggest contributor to the cost of studying in Singapore after tuition fees. You will be expected to spend on a variety of commodities like accommodation, meals, transport and entertainment. Of the lot, accommodation alone may cost you around SGD $35,573 per year. When selecting an accommodation, you have the following options:

An integral part of the admission process today, health insurance is mandated by universities because otherwise high medical costs of the host country can deter international students to seek medical intervention, especially when it is a critical illness or situation, and would involve costly procedures. NUS, for example, has its own full-time Student Insurance Scheme, which costs around $66.85 per semester, with the fee being included in the Miscellaneous Student Fees section of the student bill and collected on a semester basis.

The insurance fee at Nanyang Technological University and Singapore University of Technology and Design are $81 and S$235.00 respectively. While health insurance fee isn’t much, and won’t make a big difference to the overall cost of studying engineering in Singapore, if you club it together with other expenses like exam fees, membership fee for different societies, et al, you may end up with bigger value. So, it is sometimes helpful to account for these small expenses as well.

Score of either IELTS or TOEFL, which shows your English language proficiency, is needed for admission to most universities in Singapore. While TOEFL is available for US $170-220, IELTS costs around $170.

Postgraduate students also need to take the GRE test as part of their admission requirement and the fee for the exam is US $205. In case you want to reschedule the exam, you have to pay extra $50. There is also a late registration fee of $25.

Scholarships to counter cost of studying engineering in Singapore

While studying engineering in Singapore can be a daunting prospect financially, there are a host of scholarships on offer for international students that lessen the burden. Some of the popular ones include Nanyang Scholarship, which is a merit-based undergraduate scholarship for outstanding freshmen at the university and awards full tuition fees; and the Singapore Millennium Scholarship, which carries a monthly award of S$2000, S$3000, and S$5000 for M.Sc, Ph.D, and postdoctoral training, respectively.

Stay tuned to www.studyabroad.careers360.com for more stories on Singapore