Recognised as a country with a world class educational system at affordable prices, Russia has emerged as an alternative for not so affluent students. If you want to be a doctor, engineer or for that matter a pilot, you can consider Russia as an option. Russian degrees have global recognition and have topped WHO and UNESCO rankings. Out of the top 100 universities in world ranking, about 30 positions are occupied by Russian medical universities. The WHO and UNESCO have rated the Moscow Medical Academy, the Russian State Medical University and the St. Petersburg State Medical University in second, third and tenth positions respectively in the world. Russia is also known for various developments it has witnessed in the fields of aviation, aerospace, robotics, ship engineering, etc. 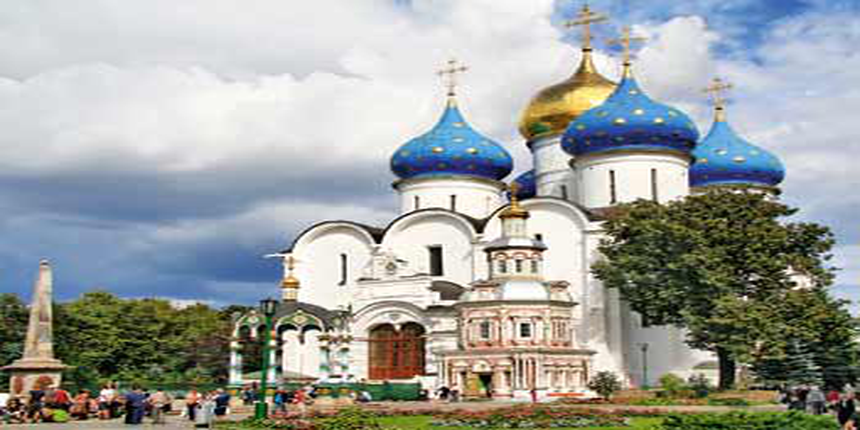 The standard of higher education in Russian universities is considered to be one of the most advanced and sophisticated in the world, as every educational institution is well equipped and the teaching methodology is well regulated and streamlined. The student-teacher ratio is approximately 7:1.

Courses for study in Russia

Russia, known for its courses in medicine, aerospace, aviation and engineering, offers courses with liberal admission criteria. The only thing which is required is Russian language, though many Russian institutions now offer courses in English language.

There is a preparatory course of one year for those opting for the Russian medium courses. In this course, apart from Russian language, basics of the course that a student has opted for are taught. Only those students who clear this course are considered eligible to carry forward with the main course. Besides, those opting for the English medium courses are also taught Russian language so that they do not face any problems in their interaction with locals.

Admission into PG courses is available at very affordable fees. The criteria of admission are a bachelor’s degree from a recognised university. The medium of instruction here is in English and Russian. In case of English medium, students undergo one-year preparatory faculty in Russian.

Expenses and cost of education in Russia

Living expenses in Russia are significantly less as compared to that of western countries. Living expenses for students are around US$ 200 per month in Moscow. The expenses in other cities are around US$ 90-130 per month. Depending upon the university, place of study and course, the fee structure ranges between $1500-2,500 for Russian medium and $3000-8,000 for English medium per year. The fee includes tuition, hostel accommodation and study material. Each student additionally needs about $ 800-1,000 for food and personal expenses per year.

As all the institutions are governed by Russian Government, there is a proper information provided by Rus Education (www.ruseducation.in) which jointly works with Culture Centre of Russian Embassy and is authorised by various universities of Russia to provide direct admission and process their documents and apply for the invitation letter and also visa stamping.

To provide access in all the cities of India, Rus Education has 9 offices, which includes Delhi, Mumbai, Chennai, Kolkata, Thiruvananthapuram, Bhopal, Ahmedabad, Bangalore and Hyderabad. You can get the contact information offices at www.ruseducation.in Student visa requirements

All students desirous of studying in any higher educational institute in Russia are requested to visit Rus Education offices for a free counselling where all the required information is given to the students regarding the various options that are available and also about the country.

Once the student has satisfied himself/herself about all the merits of studying in Russia, the student is expected to make an application in the prescribed format with Rus Education. The seats in the Russian higher education system are limited and are offered strictly on a first come first serve basis, subject to the final decision of the university and the marks obtained in the 12th standard in case of the MBBS students and the passing of the degree course along with the completion of the internship for the postgraduate students. The student along with the application will then submit all the documents as per the check list and the required processing fee as detailed.

Once the documents are submitted to Rus Education, the student needs to apply for passport in case the same is not ready. The issuance of the passport normally takes around 2 months and any delay would result in a subsequent delay in joining the university. All graduate medical students are required to apply for an eligibility certificate with the Medical Council of India, New Delhi. You could take guidance from Rus Education in this regard.

Once the University accepts the application of the student, it issues a letter of admission confirming the reservation of a seat for the student, and in certain cases the invoice to remit the fees.

The original letter and the invoice are sent by courier to the central office in Delhi. This original letter of admission is handed over to the student to enable him to apply for his bank loan/expedite his passport process. The student at this stage is expected to make the balance payment of Rus Education, and complete his medical examinations and also complete the process for Apostille of his educational documents.

Upon receiving the passport and the visa invitation, Rus Education makes arrangements to have the visa stamped on the passport by the Visa Office at the Russian Consulate/Embassy.

The student should now start with his packing and also obtain the “Letter of Direction” from Rus Education. He should make all arrangements, required for stay and travel as per the date intimated by Rus Education. It should be ensured that all documentation is complete as detailed in the brochures. Rus Education Helpline No. +919818558940. Once the formalities are complete, rest assured of a world class education at affordable cost.

Hey ! What is the admission procedure for MBBS in Russia please guide.

Following are the documents required-

Our relative is doing MBBS in Russia and his mode of intruction is Russian.He want to apply for FMGE NEXT through NMC Indian in English.Is he be allowed to appear in the examination for practice in India.His mode of instructions was English upto 10+2 in India.Please advice.Thanks

Hi. FMGE exam is for candidates who are studying abroad- Russia, Phillipines and other countries. If a candidate wants to practice in India, they must complete their MBBS degree and after that give the exam. If you pass the exam, you will be required to do one year compulsory internship in a recognised hospital in India. Hope it helps!

if i do mbbs from kant baltic federal university from russia, can i appearfor usmle?

Hi, Kant Baltic Federal University recognition- MCI and WHO. The university is accredited by the Medical Council of India ( MCI) and the World Health Organization ( WHO). It is recognized by Ministry State Health and Education Russian Federation. So, yes you can appear for USMLE-1 and USMLE-2. Hope this helps.

. The degrees awarded to students after completion of Medicine course in Russia is M.D (Physician), which is equivalent to MBBS in India.

Also the whole course is for a duration of 7 years which include the compulsory Internship.

Eligibility criteria for admission in MBBS in Russia is as following -

• candidate must have passed 10+2 passed with an aggregate:

I hope you find the answer helpful.

How to Apply for Bachelor Degree in Australia

Most Affordable Universities in Canada
Know All About Studying in Russia