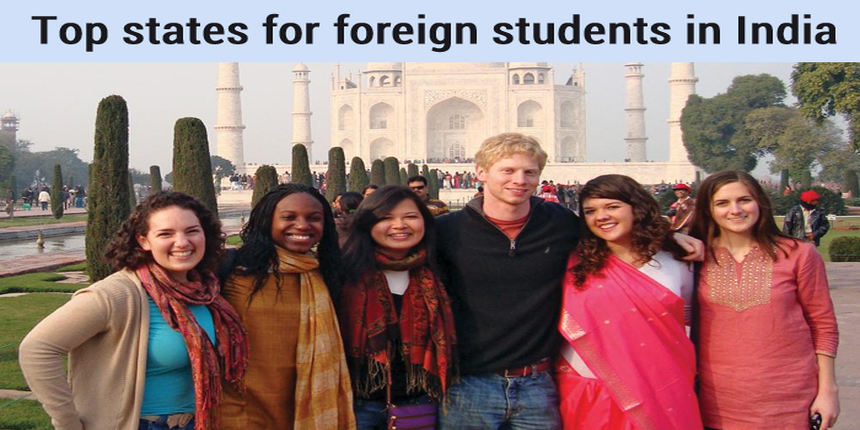 Syerikjan, a Mongolian student, is one among the many international students who flock to India every year to explore higher education opportunities. “I came to India just to study. But after spending a few years here now, I feel like I am more Indian than Mongolian,” he says. Currently studying at the Delhi School of Economics, Syerikjan says while he took time to adjust in the ‘unpredictable’ environment of India, he slowly started to “warm up to it as he found friends with similar passions and backgrounds.” “It definitely becomes much better after you find like-minded friends. In fact, I can even speak Hindi now!” he says.

However, India still lags behind in comparison to countries which have stabilized themselves in the international higher education destination. This is reflected by the fact that out of 4.5 million international students, only about 0.6% head toward India.

“I think what we need in India is a proper policy in place. We need to be more pro- active towards our approach in attracting foreign students to our shore,” says Raja Sood, Director of Marketing and Australia Client Relations at IDP Education.

Sanjeev Bolia, founder and Managing Director of Afairs, an education fair organiser, feels that the problem also lies with the lack of promotion by Indian universities. “India has not really tapped the vast opportunities available in a global platform. We have many quality and less expensive institutions here. All we need to do is to show them off to the world.”

However, all’s not lost in India’s higher education scene. Slowly, the country is picking up the pace with a number of international students heading to its shore with states like Karnataka, Maharashtra and Tamil Nadu taking the lead.

Here, we bring you a list of top states attracting foreign students in India:

With over 12,000 international students, Karnataka leads the pack of states which attract the most number of international students in India. Karnataka’s popularity among foreign students is reflected in the ever growing numbers of students from Gulf and African countries who flock to the state mainly to pursue Medicine and Engineering. In fact, Karnataka records the highest enrollments in medicine among foreign students in the country; majority of whom are from Malaysia.

The driving force behind Karnataka’s rise to the most sought after destination among foreign students are Bangalore and Manipal cities. According to an Association of Indian Universities report on internationalization of higher education in India, Manipal University has one of the highest numbers of foreign students in India. “Manipal has witnessed an increase in the number of international students in the last couple of years,” says Diana Britto of Manipal University. “While we do have students across many nationalities, students from Malaysia, USA and UAE constitute the largest chunk in the university.”

Besides Bangalore and Manipal, Mysore is another city which has seen a spurt in the number of international students. With the numbers going above 1,000, the city gets students from 52 countries worldwide.

When India’s first Prime Minister, Jawaharlal Nehru, called Pune the ‘Oxford of the East’, little did he know that the city would not only be popular among Indian students but would also attract students from across the world. While Maharashtra with over 4,000 foreign students ranks third among the states with the highest number of international students, Pune has proved itself to be the education hub, attracting the largest number of international students. One of the areas where Pune stands out among the other Indian states is that the city is home to a number of quality academic and research institutes thus making it a student-friendly city. Interestingly, many students also opt for Pune because of pleasant weather and liberal accommodation.

Mumbai is another city which is making its mark among foreign students, though it is still a far cry compared to Pune with a little over 200 students enrolled only in Mumbai University. While the city does provide safe surroundings for foreign students, it loses out on high accommodation and living costs.

Subjects like Science, Economics, English, History, Mathematics and Geography are very popular among foreign students in Delhi. Students, mainly from the SAARC countries, also opt for professional courses. As Dr. Basra puts it : “There is a huge demand for professional courses like B.ED.Arts and Nursing at doctoral level. These courses witness a fierce competition among foreign students every year as seats are few and demand is high.”

Another university which has cemented Delhi’s position as an international student city is the South Asian University (SAU). SAU is an international university founded by the eight member states of SAARC. In its seventh batch this year, SAU has been witnessing a sharp increase in applications from students across the SAARC countries since its establishment in 2010.

Stay tuned to www.studyabroad.careers360.com for more stories on India