Top reasons to study in France

Along with being a top tourist destination, France is also a well-known study destination. The country, famous for the Eiffel tower, Louvre Museum, Côte d'Azur, and the French Alps, is also well known for courses in Business Management, Performing arts, Agriculture and Forestry and Politics.

The 643,000 square km country has about 39 universities ranked by the QS. Five French universities feature in the top 200 universities lead by Ecole normale supérieure, Paris at 43rd position. The French universities also feature among the top 10 in many subject rankings as well. INSEAD and HEC Paris School of Management feature in the third and the ninth position for Business and management related courses. Agro, ParisTech holds the ninth position in the world for agriculture and forestry courses. Sciences Po stands at the 4th rank for politics. The top two universities in France are also among the top 35 in the world for studying Mathematics. 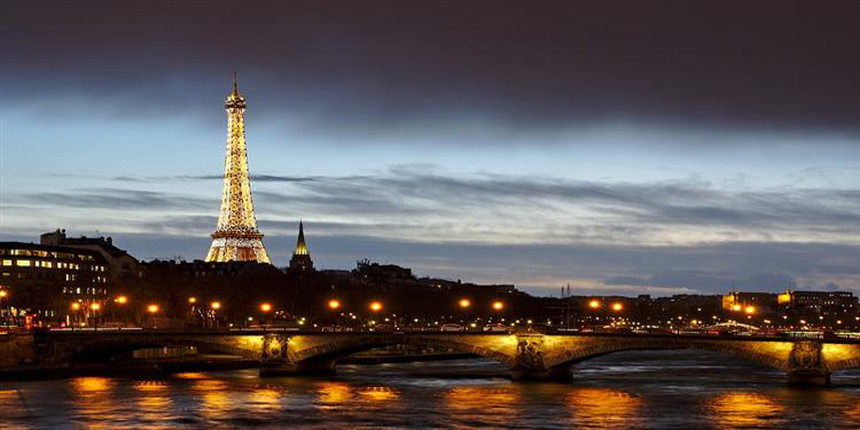 The Grandes Écoles are specialized centres of learning engage in training students in engineering, management, higher education and research, and public administration etc. Schools of management and engineering are the largest groups of Grandes Écoles.

Schools of Art, Design and Architecture

About 3000 public and private institutions called Specialized Schools provide training and degrees in a variety of areas such as nursing, journalism, social work, fashion, design, tourism to name a few.

A total of 39 French universities are ranked by QS rankings. French universities also feature in the top 100 universities in a number of course groups as well as courses making it an important reason to study in France. CentraleSupélec has been ranked at number nine in Top 50 under 50 category. Université Paris 1 Panthéon-Sorbonne is placed at the 23rd position in the world for Archaeology and 26th in Law and legal studies. Université Paris-Sorbonne (Paris IV) is ranked at 18th position in the world for Modern Languages.

In Arts and Humanities, Université Paris-Sorbonne (Paris IV) ranks 26th in the world. The other universities in this category are:

Top Universities in France for Arts and Humanities France

Top Universities in France for Engineering and Technology

There are six universities in France which feature among the top 200 for Life sciences and medicine. In France, the Medical School is governed by the Unités de formation et de recherche de médecine (UFR). The course takes nine years to complete after the baccalauréat. Diplôme d'études spécialisées (DES) is awarded to those who complete the programme successfully.

Top Universities in France for Life sciences and Medicine

Natural Sciences include Chemistry, Earth & Marine Sciences, Environmental Sciences, Geography, Materials Science, Mathematics and Physics & Astronomy. Ecole Polytechnique 28th in Physics and Astronomy and is among the top 45 universities in the world for Mathematics.

In Social sciences and management, French universities are among the top 50 universities. One of the reasons to study in France is the presence of three top 100 business schools in the world. Two of the three business schools INSEAD and HEC Paris feature at 3rd and 12th rank, while ESSEC business school is ranked between 51 – 100.  Few of the subjects which feature in social sciences and management are Accounting & Finance, Anthropology, Communication & Media Studies, Development Studies, Hospitality & Leisure Management, Law and Statistics & Operational Research.

Top Schools for Social Sciences and Management in France

Work opportunities during study in France

All enrolled students in French universities irrespective of nationality have the right to work during studies. The institution should be participating in the national student health-care plan by the government. The students, if not a European National, should have a French resident permit. All students irrespective of the level of education enrolled for or the year of the course currently pursuing are eligible for work during studies. International students are allowed to work for 964 hours per year.

Enrolled students are not required to apply for temporary employment authorization or APT (Autorisation Provisoire de Travail) to work during studies.

Another reason to study in France is the presence of best student cities. Paris, holding the number two position in the world, has 18 universities. Though the cost of living in Paris is considered to be high, the relatively less tuition fee balances it.  Lyon the second best student city in France is also known as the gastronomic capital of France. It is situated at the confluence of Rhône and Saône rivers.  Ecole Normale Supérieure de Lyon as the name suggests is in Lyon. France has five cities in the top 100 in the world. They are:

The rich culture with the vast international exposure is also a prime reason to study in France. Historical events and the geographical position have massively affected the French culture, which in turn has impacted the fashion, cuisine, literature, technology and science. Geographically, flanked on two sides by ocean, Mediterranean sea and Atlantic ocean, France has been the bridge between the Northern and Southern Europe.

Stay tuned to https://studyabroad.careers360.com/ for more news and updates on Study in France