Engineering in Canada: How much does it cost? 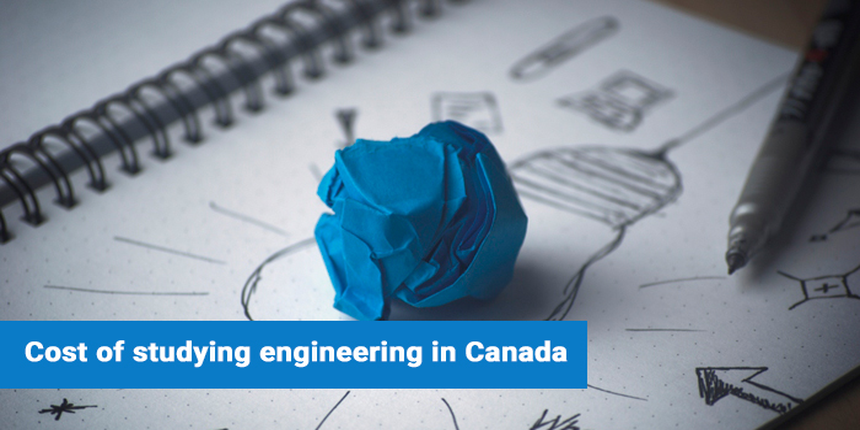 Engineering in Canada: With majority of international students opting for engineering, the subject stands in the forefront of global education in Canada. One of the major reasons behind the popularity of engineering programmes in the country is that Canada boasts of some of the best engineering institutions like University of Toronto and UBC which fall among the top 50 engineering colleges in the world. But, that is just one factor. Canada is also one of those international destinations which is cheaper compared to the engineering study hubs across the world. So, while an engineering degree from countries like Australia could set you back by AUD 50, 000 that in Canada could be earned in CAD 40,000 annually.

Before applying to universities in Canada, it would be helpful to know about the cost that you have to incur while pursuing engineering in Canada.

Tuition fee is one of the biggest factors that international students consider while applying to universities abroad. Thankfully, Canada is one of the reasonable countries when it comes to charging tuition fees from international students.  This is, of course, one of the major reasons why many students prefer to study in Canada to avoid the exorbitant steep tuition fee charged by engineering colleges in countries in USA and Australia. Sample this, the fee for studying postgraduate engineering in USA is around USD 40,000 but that in Canadian colleges is around CAD 30,000. However, when it comes to pursuing UG engineering in Canada, there is not much difference to be seen across US and Canadian universities. Also, the tuition fee at many universities in Canada depends on the number of units that an international student has to pursue to complete the course.

Tuition fee is only one part of the expenses that international students have to take care of while considering engineering in Canada.  Another major expense that should be part of the student’s budget plan is the living expenses. Needless to say, living expenses is an element that could have huge variations depending on factors like city, accommodation and the requirements of the student. If your university is in cities like Toronto or Calgary, your living expenses could be higher compared to living in cities like Montreal. Also, your living budget for pursuing engineering in Canada would depend on the lifestyle that you maintain in an international city.  For instance, the average weekly expense in Toronto is $1056 which goes upwards $54,000 annually. However, an international student can manage the same in approximately $15,000 to $30,000 annually by selecting options like sharing accommodation, choosing a less expensive grocery store etc. Apart from being in a multicultural environment, everyone wants to live in a safe city. Enrolling in an international university does not just mean studying a programme in a foreign land, it also involves exploring the country with all its experiences. So more often than not, aspects like entertainment too have to be taken into consideration to map out your living expenses in a country.

Approximate cost of living for international students in Canada:

Besides the usual expenses including tuition fees and living expenses, there are expenses that a student has to incur before starting to pursue engineering in Canada. First in the list comes exam registration. Most of the engineering colleges in Canada demand scores of standardised tests like GRE for admission to their programmes. Now, while the registration fee for GRE is USD205 across the world that for the subject test is USD 150. While GRE general test score is mandatory, you need to take GRE subject test depending on the requirement of the university. Some universities which offer engineering in Canada specifically state that they would not be considering subject test scores while others can accept it as an enhancement to the application package. Students going for undergraduate studies have to take SAT which costs around $54.

Further, students also have to appear for either IELTS or TOEFL test to show proof of English proficiency if they come from non-native English speaking countries. While IELTS costs around $170 currently, the TOEFL registration fees is between $170-220.

Stay tuned to www.studyabroad.careers360.com for more news and updates on engineering in Canada