New rules for education loans - Cases of students defaulting on loan payments prompted Indian Bankers Association to review the education loan scheme. We explore what this means for students. The Indian banking sector began giving education loan from 2001 onwards. But recently, in the wake of increasing Non Performing Assets (NPA) on educational loans, the Indian Bankers Association (IBA) has revised the educational loan scheme, framed in 2001. Though the situation is far from worrying, banks have been advised to be prudent and cautious while granting educational loans. For instance, State Level Bankers’ Committee (SLBC) Chairperson Usha Ananthasubramanian sent a strong message to banks in Punjab and Haryana when she told a committee meeting that, “The non-performing assets level is certainly on the higher side in case of education loan advanced collateral free. Only the meritorious rather than the deserving candidates should be considered for granting education loan.” 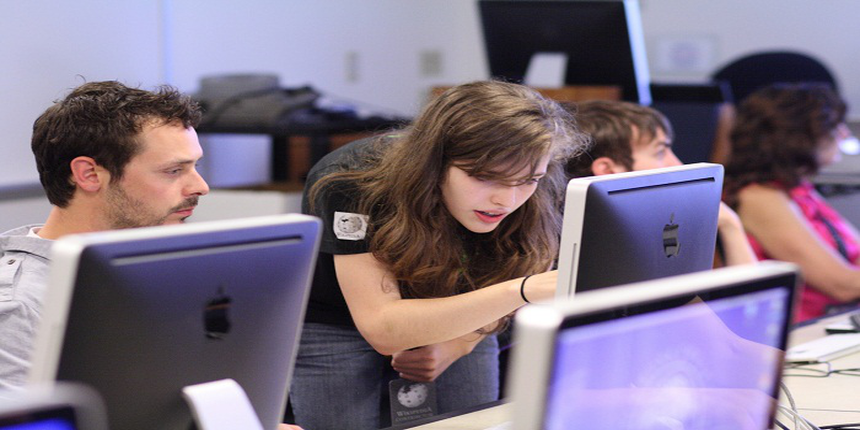 An IBA document on the scheme throws light on the thinking in government circles on funding for higher education when it observes that “Public funding of higher education is not considered feasible. This model education loan scheme is an attempt to bring out a viable and sustainable bank loan scheme to meet the aspirations of our society.”

The rationale for this way of funding higher education has not gone uncontested; critics point out that it is not in the students’ interest to be burdened with debt early in their careers. Also, that public expenditure of less than 1 percent of GDP on higher education is lower than even many developing countries. And with low tax-GDP ratio there is ample scope to fund higher education by raising resources from tax.

The RBI has included education loans as part of the priority sector lending of banks. It aims to provide need-based finance to meritorious students. But students should bear in mind that educational loan is like any other commercial credit, and it is at the bank’s discretion to sanction a loan after assessing ‘credit worthiness’ of the borrower. This entails that students should be well prepared for commercial negotiations by doing their homework well on how to repay the credit through earnings from job.

Students generally don’t have any credit history and their credit worthiness is presumed for granting education loans. But banks insist that parents who are joint borrowers should also have a clear credit history. In case parents have an adverse credit history, the bank may insist on having joint borrowers, other than parents, on which they can rely.

What does ‘meritorious’ mean?
This is a relative term, assumed if the student has qualified the entrance exam for admission to professional and technical courses. But in case selection is purely based on marks scored in the qualifying exams, the banks sometimes fix cut-off marks (percentage) for loan eligibility. Those being selected under the ‘management quota’ have been kept outside the purview of educational loan schemes as they are not considered as fulfilling the criteria of merit.

Employability after your course

It’s essential that students land up with good jobs on completing the course to repay a loan. So banks do consider available ratings in public domain, reflecting employability of students through campus placements of the institutes, for loan approval.

Interest rate of education loan depends on whether you are studying in India or abroad, the course that you are applying for, your loan amount and the tenure. Students getting admission to highly rated institutions are offered loans with a lower rate of interest. There have been talks that IBA will soon come up with comprehensive ratings of the institutes to guide banks in making right decisions while granting educational loans. From students' perspective, the irony of it is that they will have to shell out more for Equated Monthly instalments (EMI) due to high interest rates in case institutes have been rated on the downside. On the other hand, it’s likely they would be placed at lower packages from such institutes! Special concessions on interest rates of 0.5 percent are available for women students.

Simple interest is to be charged during the study period and up to commencement of repayment. There have been complaints that banks charge compound interest. Servicing of interest during the moratorium period is optional and students can avail one percent rebate on interest rate if they decide to pay.

Repayment of education loan is generally in the form of EMI. Student should compare their EMI with likely salary. They can determine their EMI amount for different combinations of interest rates and tenure by using the EMI calculator available online. According to experts, it’s desirable that the EMI should not exceed 50 percent of one’s likely salary. It may happen that students are not able to repay loans if salary is less than expected. In such cases, students may request banks to reschedule their loans. In some careers, it is observed that salary levels initially are low. Telescoping of repayment with stepped up instalments with the passage of time is considered in such cases by banks on request. No prepayment charges are generally levied by public sector banks in case of early settlement of loan. The new scheme has extended the loan tenure (see box) which is likely to facilitate lower EMI repayment.

Monitoring academic progress of student is necessary for banks to ensure asset quality of loans though subsequent instalments can’t be stopped for the mere reason that the student has failed in one or two subjects provided he has been allowed to keep terms. Some foreign universities require students to submit a certificate from their bankers about the sponsors’ solvency/ financial capability. Students can approach banks to issue such a ‘capability certificate’. But one needs to be careful so as to maintain a certain level of academic progress throughout the course of study.

A word of caution

Bokaro-based Ranjit Kumar Sinha who has taken educational loans for his two siblings is a satisfied parent. Yet he cautions students that they should be sure of employability of courses before taking up the burden of repaying credit. He also suggests that students should pay EMI on time to avoid high penal interest. They should also be vigilant while servicing loans as sometimes banks keep on levying penal charges even after default has been made good. So paying on time is the best mantra.

For the benefit of Economically Weaker Sections or EWS (family income less than Rs 4.5 lakhs), the above said central government scheme provides full interest subsidy during the period of moratorium on loans taken by students from scheduled banks. They can pursue any of the approved courses in technical and professional streams from recognized institutions. Students with family income less than Rs 4.5 lakhs can apply to their respective banks for availing concessions given by the scheme. Details of the scheme and list of approved authorities state-wise to issue income certificate can be found at Canara Bank - Educational Loans.

Loans and the regulatory regime

Banks play an enabling role in increasing access to higher education by extending education loans. However, the regulatory regime needs to be strengthened simultaneously to ensure quality among new higher education institutions through compulsory accreditation and strict implementation of guidelines by University Grants Commission, All India Council for Technical Education and other regulatory bodies. These steps are necessary to ensure employability of students. Fees in such institutes need to be regulated strictly as per apex court judgements so that students don’t suffer due to profiteering. “There was a mismatch between the higher cost of education and the potential income levels of students after completion of education in some professional courses, which had to be addressed,” highlights S Raman, Chairman and Managing Director of Canara Bank.

The banks that lend loans are likely to be shy in exposing themselves to such loans, if the risk of defaults persist, as seen in the last two financial years. As far as the student community is concerned, it should insist to the government that too much reliance on educational loans is not in their interest and that the government should be willing to play its role in making higher education opportunity affordable for all.

Study abroad Education loan: How it works to your advantage