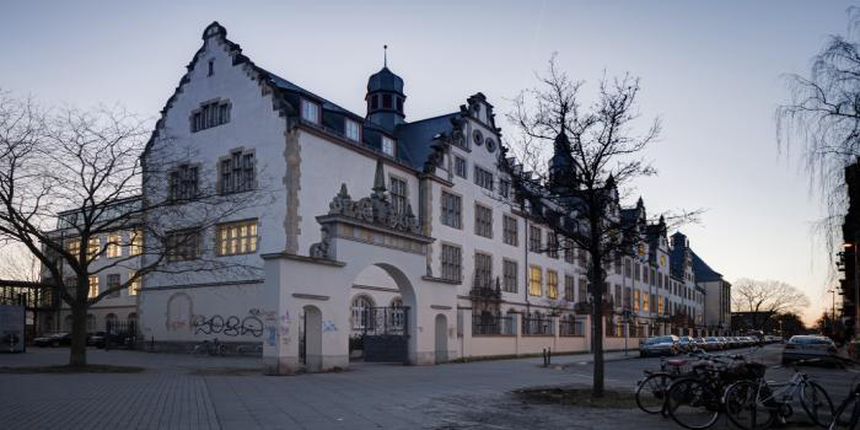 With an expertise in developing and manufacturing industrial goods, Germany leads the way in R&D sector. This has put the country on the top of global cutting edge research with institutes like Fraunhofer-Gesellschaft (Applied) and Academies of Science (Basic Sciences). Germany is well on its way to becoming a biotechnology hub with more than 29000 people already employed in this fast emerging field.

Germany is one of the few countries which has embraced the international students community by making it a part of their agenda to increase the number of foreign students studying in Germany. Incorporating an international study program in its curriculum, providing stable work visa to stay in Germany after studies, and becoming the first European Nation to get the Blue Card Bill passed are some of the measures taken by the government to make it easier to study in Germany.

Germany officially called the Federal Republic of Germany, is a sovereign state in central-western Europe. Along with being the world's 4th largest economy by nominal GDP, it has a largely temperate seasonal climate. A global leader in several industrial and technological sectors, it is both the world's third-largest exporter and importer of goods. A developed country with a very high standard of living, it upholds a social security and universal health care system, environmental protection, and a tuition-free university education with a large number of Indian students coming to study in Germany

With a rich, complex history and an invigorating culture, Germany is home to some of the most influential and successful artists, philosophers, musicians, athletes, entrepreneurs, scientists, engineers and inventors. To study in Germany in STEM is prestigious since it is a leader in science research and technology with more than 100 Nobel laureates.

Top 20 Universities to Study in Germany 2018

Germany offers innovative and international programs through its 45 Nationally Funded Universities, which occupy a high position in world rankings. There are about 300 international degree programmes taught in English to students studying in Germany, known for its precision engineering and pure sciences. German Education System is highly focused on its international domain, proven by the fact that every University in Germany has incorporated an international study program in its curriculum. To study in Germany is to study in top universities like Technical University of Munich, Ludwig-Maximilians, Ruprecht-Karls and KIT.

Some universities have different deadlines and accept applications only for the winter semester while some deadlines end earlier than shown here. After deciding on the universities of your choice, make sure to check their website for detailed admission guidelines and deadlines. The deadlines for undergraduate and postgraduate courses to study in Germany are similar.

Admission Cycle to Study in Germany

The eligibility criteria to study in Germany for different levels of study differ according to educational qualification, country of the applicant and the universities that the student has applied to. Students aspiring to study in Germany from India should be well-versed with the eligibility criteria of different universities so that their application does not get rejected.

German Universities have high standards and most of the top universities require either a year of Bachelors study in India or IITJEE or FA exam marks to be eligible to study in Germany. In addition, students aspiring to study in Germany from India need to appear for IELTS or TOEFL to prove their efficiency in the language. Not every Secondary School diploma directly qualifies the student to study in Germany. An assessment of student’s qualification can be made through

Application for Germany Study Visa should be filled after the acceptance to a course. For students, there are three types of Germany study visa: a language course visa, a study applicant’s visa and the visa for study purposes or student visa. To study in Germany for more than 90 days, a Long Term Visa (Student Visa) is required. What’s also important is your passport and other original certificates. Applicants can schedule the appointment for Germany Study Visa using the website, e-mail or calling the call centre. Applicants will have to appear for a personal interview directly at the German Embassy with the necessary documents. Due to the high number of applicants, it is recommended that the applicants apply in advance to study in Germany. A passport and other original certificates are also required for the process to study in Germany

In order to apply for a Germany study visa, following documents are required

A final interview will be conducted before getting the Germany study visa to gauge the communication skills and clarity of student in relation to his/her study plans. However, this is a simple interview where the answers should not be limited to a few words since the objective is to see the excitement levels of students aspiring to study in Germany from India.

After arrival, kindly register yourself at the Resident Registration Bureau and the Office for foreigners’ Affairs, where proof of complete financial support while studying in Germany is required. The residence permit is valid for a year and has to be renewed each year to study in Germany.

While many students can study in Germany for free, living expenses are unavoidable. Germany study cost differs depending on the region. Ex- Munich is considered the most expensive city to live in with costs averaging about €10,800 (US$13,250) per year. By comparison, the average annual living costs in Germany are around €9,600 (US$10,800).

Rent will be the largest monthly expense of Germany study cost, though this is cheaper if you live in a shared flat (average rent of €280/US$340 per month) or a student hall of residence (€234/US$290 per month). Due to the high demand, student hall should be booked in advance and there should be a backup in case of being put on the waiting list to study in Germany.

Based on data from DAAD, other average monthly costs are as follows:

Why Study in Germany