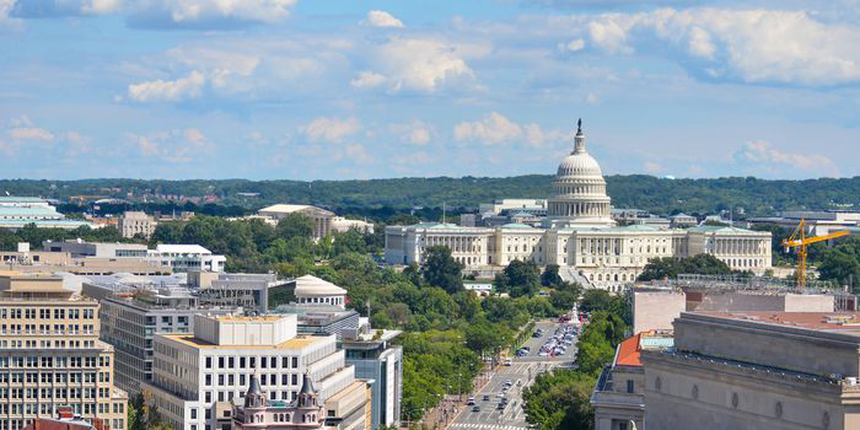 According to a new global survey, the US is one of the top destinations for international aspirants, with nearly two-thirds of respondents placing it in their top three countries for abroad studies. Global reputation of a university is still considered to be the primary motivator for studying abroad, with 40 percent and 43 percent of undergraduate and postgraduate respondents, respectively, placing it in the top reason. Once a prospective student finalises the USA to be his/her destination for pursuing higher education, the questions that crop up are where and how to study in the US!

Being a dominant study abroad hub, the USA offers a wide range of study options to students from diverse educational backgrounds. Hence, the initial step is to perform an extensive research on the universities in the country and check whether they provide the programme one wants to pursue. The requirements and deadlines of the university should be well-documented; choice of universities should be narrowed down. This will not only save time but also help one understand which universities are ideal for the academic background and profile one has. Careers360, in this article, brings to you the complete guide to ‘Study in US’ including the admission cycle, eligibility, scholarship, visa procedure, living expenses etc that will help any aspirant plan his/her plan of study.

Geographically located in the Western Hemisphere on the continent of North America, the United States is recorded as the fourth-largest country in the world. Its total area, including Alaska and Hawaii, is 9,629,091 sq km. It is bordered on the North by Canada, on the East by the Atlantic Ocean, on the South by the Gulf of Mexico and Mexico, and on the West by the Pacific Ocean. The nation's capital, Washington, D.C., is located on the mid-Atlantic coast.

State services include fields of education, transportation, health and social welfare, public protection (including state police and prison personnel), housing, and labour. A known fact, the US economy is the world's largest. In variety and quantity, the natural resources of the United States probably exceed those of any other nation, with the possible exception of the former Soviet Union. The United States is among the world's leading exporters of coal, wheat, corn, and soybeans. However, because of its vast economic growth, the United States depends increasingly on foreign sources for the raw materials, including oil.

Study in United States (US) - The cost of a college education varies between institutions. There are county and state universities that receive government funding and offer reduced tuition for residents of the region. Students attending both public and private institutions remain eligible for federal aid in the form of grants or loans. Institutions generally offer their own scholarship and grant programmes as well for studying in US. The adult literacy rate has been estimated at about 97 percent.

To pursue study in US, it is important to know the top institutes for better understanding. The following table projects the name of the top 20 universities in the US with their respective rankings:-

Note- For further details on the top universities of US, follow the article mentioned below-

Study in US Admission Cycle

Typically, universities in the US offer three different academic sessions for student intake, namely fall, spring and summer. Out of these sessions, fall is most feasible for international students who aspire to study in the USA as it provides them with sufficient time to manage funds as well as apply for the student visa. It is a mandate for aspiring students to understand the US admission cycle so that they can keep a track on the admission deadlines of the universities of their choice and plan accordingly. The fall session commences in late August/ early September. Therefore, it is recommended that a student should start researching the prospects one year prior to the desired year of joining. Apart from this, US universities allow students to apply for a course through three admission plans - Early admission, Regular admission and Rolling admission. Early action under early admission lets students to apply to their choice of university before the regular admission process. Under this system, students have to apply at the respective universities in November so that they can be notified about their selection by mid-December. Many US admission deadlines are not fixed due to the early and regular action application processes. The majority of US admission deadlines fall in November, mid-December and January. Also, application dates usually vary between departments of a university/college. Therefore, the best way to kick-start one’s plan to study in US is to get in touch with the concerned departments to get the exact deadlines for the desired programme.

Under Regular action process, however, applicants who are looking forward to studying in United States have to abide by the regular application process. Regular action has regular application start dates and deadlines, which you must follow before applying. It is up to the prospective applicant when he/she wants to apply, however, sticking to the application deadlines. After which candidates should start appearing for the standardised tests like TOEFL, IELTS (English proficiency tests) or GRE, SAT, GMAT (Aptitude Test) etc. Many US universities offer Rolling Admission as well, under which applications of students are accepted for as long as seats are available in the university.

* The information provided above are the tentative deadlines for admissions in US.

Most USA colleges and universities require one or more standardized admissions tests in order to fetch admissions into both their Undergraduate and Postgraduate programmes. SAT, ACT, GRE, GMAT, MCAT, LSAT, TOEFL, IELTS, PTE Academic – looks like an alphabet soup!

US colleges/universities may ask international students to take the following tests to be taken before he/she is officially granted access to the institution:

World-class universities, better career prospects and a dynamic campus experience calls for huge financial implications as well. So, it is equally important to check the scholarship avenues to be able to pursue study in US, to be precise a particular course in the United States. There are various scholarships awarded to Indian Students to accomplish study in USA. Apart from the concerned university, scholarship schemes granted by the Government, or sponsored by individual private, public or public-private organizations are also offered. Some of the renowned US scholarships are listed below-

Top Scholarships for Indian Students to Study in the USA

Which Are the Best Colleges offering lucrative Financial Aid in the USA?

Some private colleges offer hefty financial aid to students so much so that the cost of attending them becomes much more affordable – often close to the tuition fees of public school. Following is the list of five such institutions:-

For an international student desirous to move to the United States to pursue study in the US, there are three different kinds of student visas that you could be issued: F1 Visa, J1 Visa or M1 Visa. The F1 and J1 visas allow for the possibility of employment in the US during your stay, while the M1 Visa does not. An aspirant needs to be familiar with the types of visas, how they impact the financing while in the USA and how to go through the process of application and arrival formalities.

The US admission cycle comes to an end with the US visa process. It is one of the major steps you have to take care of before heading to the country. You must make sure to apply for the US student visa on time. The recommended time to apply for the US student visa is three-four months prior to the month of entering the country. When you apply to a university, you will receive a Certificate of Eligibility-required for visa application- only if you are offered a place in the university. The visa process is comparatively a lengthy but an easy one. It is worth a wait as 4,71,712 F-1 Student visas were issued last year and there are currently 12,08,074 lakhs students in the United States on F and M visas! The international student visa applicants, aspiring to study in USA receive priority from the Embassy or Consulate so if one’s program of study is about to begin, he/she must explain the same to the Embassy when applying for the visa.

What are the steps of processing the Student visa for USA?

Following are the steps to attain the US student visa:-

Nine months’ tuition and fees for 2017–2018 are $49,892. In addition, undergraduate room and the board is approximately $14,720 depending on the student’s housing and dining arrangements. Books and personal expenses are about $2,818.

Graduate students generally incur greater expenses than undergraduates. Most attend the institute for a calendar year rather than an academic year, increasing the cost of tuition fee. In 2017–2018, nine months’ tuition and fees are $49,892 (specific programs and departments may have different tuition amounts). Summer term tuition in 2017 was approximately $16,510 for students enrolled in courses.

Things to know before studying in USA

Accommodation in USA for foreign students