Know all about IELTS

IELTS-International English Language Testing System is jointly managed by British Council, IDP: IELTS Australia and the University of Cambridge ESOL Examinations (Cambridge ESOL). IELTS too has graduated from being a multiple choice test-the English Proficiency Test Battery (EPTB) in the 1960s primarily for the purpose of screening international applicants to the UK’s educational institutions by the British Council, to the English Language Testing Service (ELTS) in the 1980s, and finally to a more innovative format today. According to administrators, ELTS was influenced by the growth in ‘communicative’ language learning and ‘English for specific purposes’. The present version of IELTS is a result of major revisions. 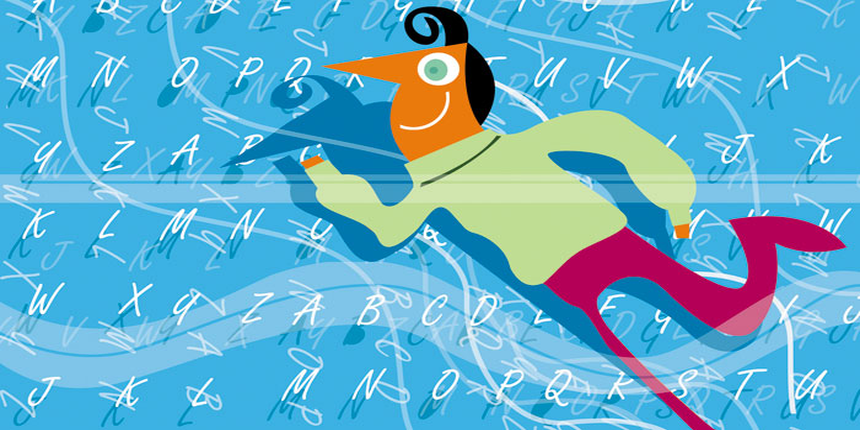 The 1989 format introduced the candidates to two non-specialised modules, Listening and Speaking, and two specialised modules, Reading and Writing. While the non-specialised modules tested general English, the specialised ones assessed the candidate’s skill in three discipline fields namely Physical Science & Technology; Life & Medical Sciences and Business Studies & Social Sciences (Module A, B & C respectively). In 1995, the field-specific modules A, B and C were replaced with one Academic Reading Module and one Academic Writing Module. Measures were taken to gather data on test performance and candidate background to factor the issue of fairness. In 2001, the revised IELTS Speaking test was introduced and in 2005, new assessment criteria for the Writing Test were made operational. The same year, computerised version of IELTS was also introduced.

To know all about IELTS, watch the video below:

Step one is to opt for one of these IELTS formats: the IELTS Academic module or the IELTS General Training module. While the first is for candidates willing to get admission to study or train in English at a UG or PG level in an educational institute; the latter is suitable for candidates who wish to undertake work experience/training programmes, or for immigration requirements (primarily to Australia, Canada and New Zealand). This format is also for those who plan to complete their secondary education in an English-speaking country. The test is either a paper-based or computer-based (CB IELTS).

Both IELTS formats are made up of four compulsory sections – Listening, Reading, Writing and Speaking. The difference is in academic text for reading/writing in the Academic Module while test material is based on training for the second module. The Reading section assesses the test taker’s skill in reading as s/he answers the questions (multiple choice, sentence completion, summary writing, matching information, short-answers etc.) after reading one long text in each of the sections. The texts are taken from books, journals, magazines and newspapers on academic topics of general interest which may also have non-verbal materials such as diagrams, graphs or illustrations. The Listening section has four sub-sections. The first one is a conversation between two people set in an everyday social context. Second is a monologue or a speech. Third section is a conversation between up to four people set in an academic setting and the final one is a monologue on an academic subject, for instance an academic lecture. Each section is heard only once.

The IELTS speaking test, which is recorded, consists of three parts that simulate a face-to-face oral interview with an examiner. The first part is Introduction and interview wherein the examiner introduces him/her and asks the candidate a few questions on familiar topics like home, family, work, studies and interests. Part two is the Individual’s turn that asks the candidate to talk about a particular topic. The test-takers are given 1 minute to prepare their talk, and are allowed to make notes. They are then asked to speak for 1-2 minutes on the topic and also respond to one or two questions. Part-3 is known as two-way discussion where the candidates are asked further questions that are connected to the topic in Part 2. These questions present an opportunity to discuss more abstract issues and ideas.

The writing section has two tasks. Task 1: Look at any data, graph, chart or diagram and describe, summarise or explain the implied meaning or information in their own words. Task 2: Write an essay in response to a point of view, argument or problem. Responses to both must be written in a formal style.

IELTS uses a unique nine-point scoring system to measure and report test scores. You get a score for each language skill or sub-tests (listening, reading, writing & speaking) and an overall band score (OBS) on a band scale from one to nine. These scores are reported in whole or half bands. Each of the sub-test scores is equally weighted and the OBS is calculated by taking the mean of total of the four individual sub-test scores.

According to IELTS administrators, the test is advantageous for candidates because it is fair and unbiased. This is due to international teams of writers contributing to test materials and ongoing research. The test writers from different English-speaking countries, who develop IELTS content, also add to the real-life situations that exist in different countries.

Read regularly, particularly textbooks, newspapers and/or materials that cover various subject areas. Increase your vocabulary using memory cards, skim quickly to identify important points in a passage and draw inferences. Watching movies and TV, listening to the radio and to the resources available on the Internet, helps a lot. Also attend lectures and try to outline the key points. For Speaking, practise with native speakers of English or join a club whose members converse in English about travel, movies, music etc. Prepare salient points to start with and practise giving responses for a minute to gradually increase the time. For improving writing skills; list out familiar topics and practise writing about them. Increase your word power, knowledge of idioms and grammatical structures so you can use them naturally when writing. One must plan to take the ELT two to three months before the earliest application deadline, so that your scores arrive at your institutions in time. Ideally start preparing at least eight weeks before the opted test date to guarantee your success.

* Scores out of 40 are converted to the IELTS 9-band scale and the band score boundaries are set so that all candidates’ results relate to the same scale of achievement
** Based on 2006 tests, the mean raw scores achieved by candidates at various levels in Listening and Academic Reading tests provide an indication of the number of marks required to achieve a particular band score

IELTS Selection Procedure 2019 - According to the selection pr...

any chances is there to conducte IELTS exam in this year ?2020

British Council of India has cancelled the IELTS 2020 examination which was scheduled to be conducted on March 22, 2020 due to outbreak of COVID 19 Pandemic in all over the world. There are less chances that the exam will be conducted again as it has been cancelled once. The council's Customer Servicewill contact the candidates who have registered for the examination for any latest updates. If you have any query you can write to, ExamsCustomerCare@britishcouncil.org.
Read More
Answer

I have done my BDS from Bangalore. Will SAT, IELTs, and TOEFL be of any use for doing my MDS in foreign??

Hello.
Yes , your mentioned exams SAT, TOFEL, IELTS  will be helpful for getting into foreign universities for MDS , almost all Universities in maximum countries require one English language proficiency test which may be either TOFEL or IELTS , now it's your choice which one you will go for and now if it is about SAT so in such it is not mandatory but majority of University accept your admission through SAT exam also, while apart from this some other exams are also accepted for admission in foreign universities .
Best of luck.
Read More
Answer

british council of india conducts ielts exam and exam center has 55 location in india, however due to covid 19 out break many of the exams get rescheduled and cancelled.

are there any classes for ielts preparation

There are many online courses which educate IELTS preparation free of cost.

Other classes which prepare yourself in a smart way are

what is the process of giving IELTS Exams

IELTS(International English Language Testing System) is a widely used English language test is given to evaluate an individual's English skills in reading, writing, listening and speaking. The validity of IELTS scores is 2 years. The test is open to any candidate who want to pursue higher studies abroad or is seeking an employment opportunity in any one of the English speaking countries that require language proficiency. The steps for registering is as follows:

Hope this helped you.

For more information you can visit :

Answer later
Report
View All Questions
Have a question related to IELTS ? Ask

How to send IELTS scores to universities

Your IELTS brochure has been successfully mailed to your registered email id .