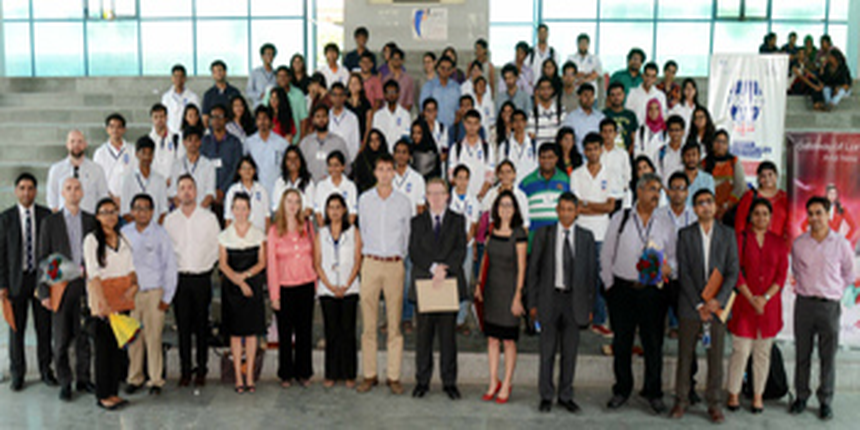 Amity Law School students, Nikita Tanwar and Aiman Rizvi have been declared winners of the Delhi leg of the GREAT Debate Competition. The competition held at the Janki Devi Memorial College saw students from across the capital participate for a one-week sponsored study tour in the UK.

In addition, the study tour includes visits to historical sites, academic institutions and cultural events along with peer group interactions.

Join G-LAP, to speak to admission expert of Universities across the world. Click here to Register Now

Bharti College, National Law University, Bhaskaracharya College of Applied Sciences and Aligarh Muslim University were the other teams who participated in the debate competition which covered three major topics- ‘Gender stereotyping is a thing of past’, ‘Asian countries should introduce a common currency’ and  ‘There should be statutory regulation of the Media in India’.

Organised by the British High Commission in collaboration with the British Council, Chevening Scholarships and Virgin Atlantic the GREAT debate competition is being held at seven cities across India which are Chandigarh, Kolkata, Guwahati, Hyderabad, Chennai, Thiruvananthapuram and Jaipur.

The winning team from each city will be seen in a face off during the grand finale scheduled for November 2014.