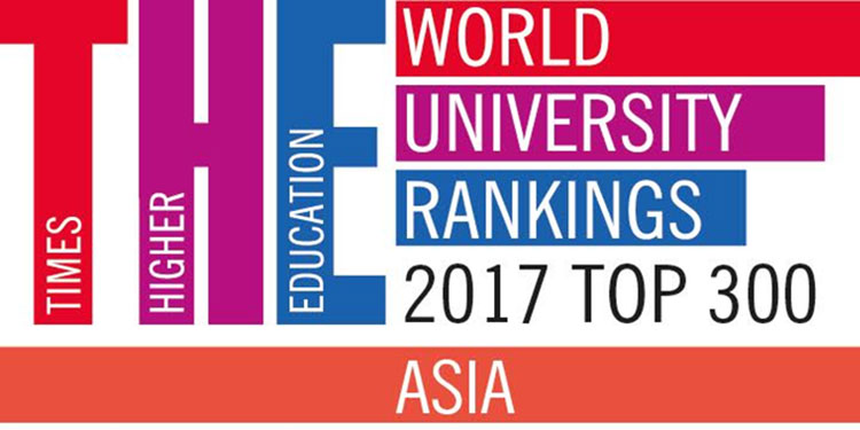 The 2016 ranking had 200 universities, which is now expanded to good 300 universities, suggesting that the new listed countries have potential to tread powerhouses like China and Singapore. While, in Southeast Asia ranking list, Thailand makes it to the top with ten universities spearheaded by Mahidol University at 97th position.

This year has been a success for Hong Kong, India and China as well. For instance, India has doubled its number of universities this year from 16 to 33 universities, while the numbers of universities from Hong Kong have increased to five in the top 20. Indian Institute of Science (IISc) Bengaluru, India has maintained its previous position in Times Higher Education (THE) Asia Rankings 2017.

Indonesia and Pakistan have also made it to the list with two and seven universities respectively. Previously, there were only one Indonesian and two Pakistani Universities.

This year’s expansion of the table has witnessed universities from lesser-known countries that display a potential to become leading universities in the near future, including Pakistan, Indonesia and Malaysia.

Stay tuned to www.studyabroad.careers360.com  for more news and updates on Study Abroad