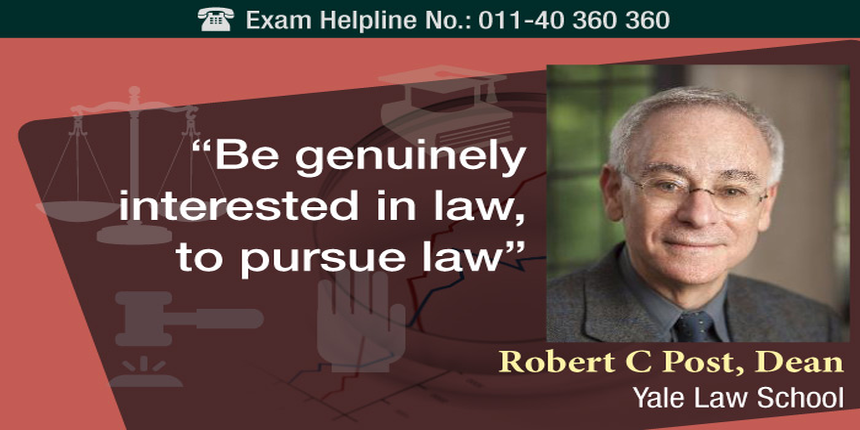 When we teach law we do it in a comparative international context. Most subjects are taught theoretically and therefore you need to know the relationship between law, the content and the context in which it is being studied. Also, lot of law is now made by the interception of domestic and international legal affairs, what is termed as transnational law. Without teaching such knowledge, you will not be able to understand any of the global issues.

Well I know very little about it but I must say that I was astonished by the kind of legal education in India. Typically, what I find in foreign countries is about the content of the law, where they teach you the content of the code - what we call the ‘black letter law’. But, the law professors here I talked to spoke all about law reforms, what should the law be, how to upgrade the tax system in the country etc. Let me also state that while I was travelling to India, I was reading the Indian constitutional law and its history. When I looked at it from the American constitutional perspective, I found that the challenges that you have here is mindboggling. The complexities of language, region, caste, gender and so on - we in the US, have nothing compared to that. So one has to deal with it cautiously because constitution isn’t the text but it is what you do with the text.

We are known as the scholarly school, which is highly informed. We have very few requirements but what we want from people who come to study to be genuinely interested in the subject, understand and become great in it. We also have the finest student-body in the US and one should come to Yale to experience the joy of learning.

I used to be the General Counsel for the American Association of University Professors in United States and so when I wrote the book for the common good; it was very interesting to see how the American academic freedom was coming under threat by certain movements. These basically said - that you should teach in a balanced way, and need to represent all sides in a controversy etc – so basically it was quite contrary to what academic freedom was. There were people in the classroom recording their views that professors were biased. So, I took it to the origin of the issues and found that a key function of a university is to create knowledge and not only create knowledge but have disciplinary norms that define such a creation. And I feel, that’s why universities become so special where one can experiment with new knowledge. One can create knowledge in a corporation but then it would also need scientists who are trained in universities to do that. Secondly, in the US, universities educate young people and turn them to mature adults. They train people how to think for themselves. So academic freedom in teaching is about modeling how one becomes an independent thinker and a researcher.