Working out the Work Advantage abroad 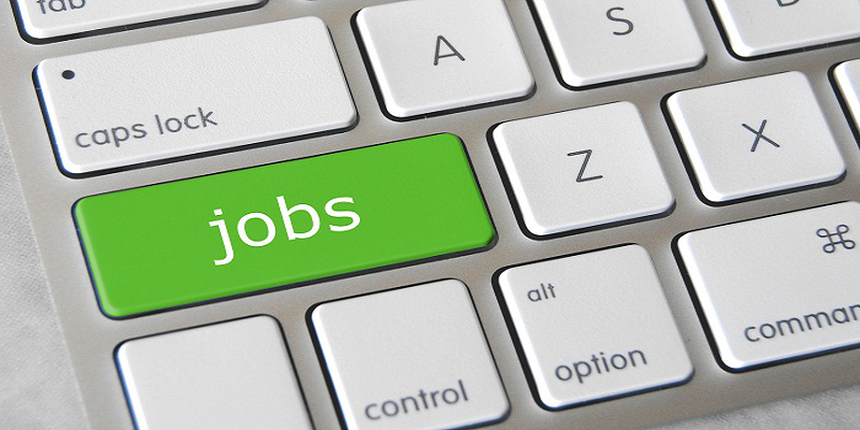 Work after study abroad: When Amit, currently working in Raleigh, decided to quit a reputed software consultancy firm in India a year after his BE in Mechanical Engineering, he had already made up his mind about a prospective career. The first approach, he says, was to look at a country where he could work in a domain that fascinated him and where he could also enhance his skills. He chalked out institutes that offered MS in Industrial Engineering or Integrated Manufacturing Systems Engineering in the USA as per conventional mode of shortlisting – by categorizing them as ‘aspirational but worth trying’, ‘matching’ and ‘safe to apply’ – based on his academic credentials. Finally, he opted for North Carolina State University to do his dual Masters in Industrial Engineering and MBA in Supply Chain at Raleigh, which also has the nation’s largest and one of the most successful research parks - the Research Triangle and is the headquarter of companies like Red Hat and Martin Marietta Materials.

Amit says: “Raleigh is actually growing pretty rapidly. Companies such as SAS, IBM, Cisco, Caterpillar, NetApp, ABB, Citrix, and pharma companies like BASF, Biogen Idec, and GlaxoSmithCline are some of the other big firms which have tremendous presence in the RTP area.” According to Forbes (2014), Raleigh leads the best places for business and careers. With information now available at the click of mouse, many students like Amit show a lot of maturity in their decision taking ability towards career options and orientation.

With every progressive nation aspiring to be knowledge intensive, the globalized world is witnessing a growing demand of skilled professionals in an unprecedented manner. India leads the world in terms of having the largest number of highly-skilled migrants and has shown a marked increase over the last decade. The World Bank, Migration and Remittances Factbook 2013 data suggests that India with an estimated stock of 13.8 million emigrants has surpassed Mexico (13.2 million).

With 1.3 million engineers graduating every year, a large number go abroad as skilled workers. Despite very low density of doctors within the country, India and the Philippines reportedly supply the most foreign-trained doctors and nurses to English-speaking countries specifically to the OECD.  However, there are very few number of highly-skilled Indian emigrants in areas such as biotechnology, nanotechnology, energy studies and genetic engineering, to name a few. This suggests that there is a far greater need for well-trained professionals in the USA, the UK, Australia and other industrialized and developed economies.

As per an OECD Report (Education at a Glance, 2014); over 4.5 million students in 2012 were enrolled in tertiary education outside their country of citizenship. If one takes into account the number of international students as a percentage of their total tertiary enrolments - Australia, Austria, Luxembourg, New Zealand, Switzerland and the United Kingdom have the highest proportion. Asian students dominate the scene with 53% of them enrolled worldwide. The largest numbers come from China, India and Korea. The OECD report also estimates that G20 countries attract 82% of foreign students. The Global Education Digest (UNESCO – Institute for Statistics) also states that close to 60% of international students study in North America and Western Europe. The same report lists out the top five study destinations for Indian students (See Table). The other countries such as the United Arab Emirates, Germany, Russian Federation, France, Sweden, Italy, Malaysia, Netherlands, Singapore, Ireland, Japan and China are also increasingly attracting students from India. Many countries like the USA, Australia, Canada, Singapore and Ireland, to name a few, have a friendly policy for students willing to work there after their studies.

Science & Engineering has an Edge

In sectors that involve research and development, India among the BRICS nations has a larger say. The number of R&D expatriate staff stands at more than 15% of the total for India, while countries such as Brazil and China have a corresponding figure of under 5%. This also means that these nations are quite cautious about sending students, especially in science & technology, abroad fearing brain drain.

India and China account for almost half of all foreign science and engineering students enrolled in US universities. Graduates find employment opportunities in computer engineering especially in software, pharmaceuticals, automobile, food processing, infrastructure, material science and energy sector. Germany also recruits students from India, notably in computer science and chemical engineering. In the European Union, the UK is the most preferred choice of highly-skilled Indian migrants. For medical practitioners too, UK is not too far behind the US. Many studies highlight that Indians are the largest group to obtain residence permits for employment outside non-EU countries. Leveraging on the advantage of young median working population in India, the studies also estimate that along the lines of the American Green Card, the EU intends to lure 20 million skilled workers in the next 20 years through its Blue Card – of which majority would be Indians. The possibility of the same appears true, in view of India becoming the world’s largest pool of 800 million young people in another few years from now.

For Indian students in foreign countries, it is much more exciting if they chance upon working for an Indian firm. The business networks set up by Indian migrants in their countries of destination has facilitated capital flow between India and its foreign partners. There are a sizeable number of Indian companies which have expanded their global footprints. In pursuit of technology, which is believed to be one of the biggest drivers, Indian MNCs have invested significantly to secure assets abroad or expand their operations.

Foreign direct investment outflows from India though registered a higher growth, from US$ 1.0 billion in 2002 to US$ 19.3 billion in 2009 (Reserve Bank of India), plummeted to US $ 7 billion in 2013 but is now showing a gradual increase. If one looks at the sectors, the highest investments from India have been made in the transport storage and communication services followed by manufacturing and agriculture sector.

There are several examples of Indian companies which have invested abroad - Tata Steel taking control of the Anglo-Dutch steelmaker Corus; Oil and Natural Gas Corporation (ONGC) which has projects running in 16 countries; HCL Technologies that has offices in 31 nations; Bharat Forge taking over companies in Germany, the UK and the US; Hindalco which has over 12000 employees stationed abroad; Suzlon with operations in 30 countries has acquired wind turbine companies in Germany and TCS which has over 17000 employees in 44 countries. All these developments in fact indicate the growing need for a global pool of well-educated and skilled workforce.