Why international students come to India 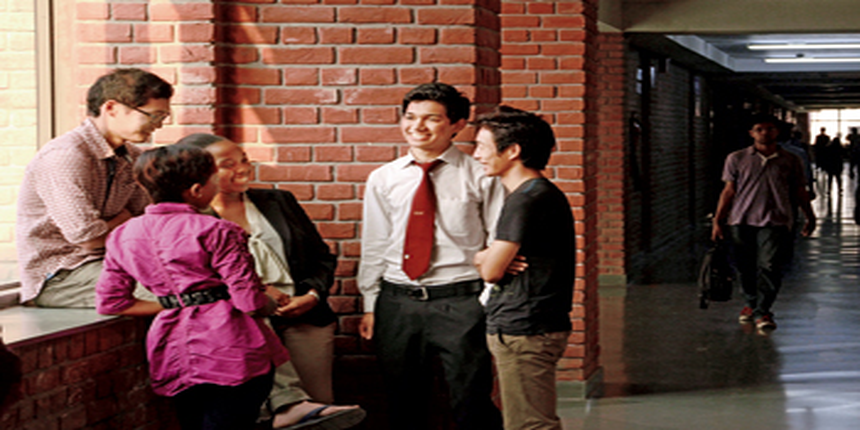 EVERY year we celebrate our country’s Independence Day with flag hoisting ceremonies and cultural programmes. We sing our national anthem with great pride. In 2013, the students at the South Asian University in Delhi, launched by SAARC in 2010, observed not one but two Independence Day celebrations.

On August 14, 11 pm, a two-hour event was held where the students of Pakistan first presented cultural programmes and sang the Pakistani national anthem in the presence of the entire university comprising students of the eight SAARC nations – Pakistan, India, Nepal, Bhutan, Sri Lanka, Maldives, Bangladesh and recent entrant Afghanistan. At midnight the function was handed over to Indian students. The university plans to make this an annual event.

Celebrating diversity
On a similar note, October 1, 2012 marked a special day for Nigerian students at Manipal University’s  College of Allied Health Sciences (MCOAHS) and Manav Rachna International University (MRIU). Both institutes observed Nigeria’s 52nd year of independence. “The national anthem of Nigeria was recited and a party was hosted. The Nigerian students appreciated the gesture, and after that there was significant warmth in the behaviour of Nigerian students towards the Indian students, and teachers in particular,” shares Dr Anil Sarin, Professor & Dean, Faculty of International Programmes, MRIU. VIT University also celebrated the Chinese New Year for the benefit of Chinese students on campus, one of the largest contingents of international students at VIT.

A growing trend
These celebrations indicate a growing trend of international students coming to India for higher studies. It began in the 1950s with schemes like the ICCR scholarships, which offered 20-30 international students an opportunity to pursue higher studies at public universities in Pune, Delhi and Mysore. This number has now risen to around 3000. Private universities like Symbiosis and Manipal have also had international students on their campuses for many years. And more private institutions are following this trend. Acharya Institutes in Bangalore have around 700+ students from 35 countries. “They come for all levels, right from Pre-University to Master’s but mostly Bachelor level programmes. Computer applications, business management, pharmacy and engineering are the most popular streams,” shares Dr C Vijayakumar, Director - Human Resource & International Affiliations, Acharya Institutes. So, what brings these students to India? ^

The IT edge
While many of us take Indian’s advancement in Information Technology for granted, students around the world view India as a leader in this field, and come here to develop IT proficiency. “Where I come from, I hear that India is one of the best countries for IT. I was always interested in computers,” shares Max Ndundula Nyembue from Congo or the Democratic Republic of Congo in Central Africa. Now, pursuing a BSc in IT at Manav Rachna, Max intends to get an IT job when he goes back to his country.

“Law, Medicine, Commercial and International Relations are pretty filled. But opportunities are there in IT, “ he shares. Kemana, a BCA student at Acharya in Bangalore, also came to India for technology studies. “Our country Rwanda is developing a new system for technology, and they are looking for trained IT people. This has given me motivation to come to India,” shares Kemana, whose native country is now on the road to development after experiencing turbulent times, in the recent past.

English improvement
While Max articulates his thoughts proficiently in English, Kemana is fluent in French and his mother tongue Kinyarwanda. “But my country is changing from the French to English system. So, we are supposed to learn more English,” shares Kemana. Developing English skills is also a goal of Chinese student  Wang Yan Yan. “In Chinese universities, they teach in Chinese only. So, if I want to go abroad and work globally, my communication would not be good,” says Wang, who is pursuing BCA at Acharya.

English is also the Achilles’ heal of South Korean student Ho Young Kim, who is learning interior design at JD Institute of Fashion & Technology in Delhi. “In Korea, I learned English for three years. But when I came to India it was useless! So, I started again,” shares Kim, who aims to work in a Korean design firm in India on finishing his course. Wang feels her spoken English and listening skills are much improved as she gets an opportunity to speak a lot of English on campus.

The value proposition
Lukunga Tanguy from Congo who is studying Computer Engineering at MIT College, Pune, came to India because he felt education here is relatively cheap compared to western and other Asian countries. “For an education of high level at an affordable price, India was the perfect choice,” says Tanguy. Others come on scholarships provided by their own governments or through the ICCR scheme. The students at South Asian University have a unique deal altogether. SAARC-India Silver Jubilee Scholarships, instituted by Government of India and the SAU Scholarship, comprise full tuition waivers, hostel fee waivers as well as a living allowance. However, you must clear an entrance exam for admission.

Allure of Indian culture
Many students are simply fascinated by India and come here to embrace what is intrinsically Indian. Nigerian national Hillary John who grew up on a diet of Bollywood films came especially to learn fashion design. “People in Nigeria know about Indian fashion through Bollywood. But we don’t have Indian designers in Nigeria who can make all those Indian garments. So, I decided to come to India to look into Indian fashion,’ shares John who has studied at JD Institute of Fashion & Technology and now  markets sherwanis and kurtas, under his recently launched label. Kerolin Govendar from South Africa also came to India to pursue his interest  Carnatic music, alongside his BArch programme, due to his keen interest in Indian architecture.

Melting pot of diversity
India’s existing diversity also has a pull factor, as it allows many kinds of people to feel at home. Most students from neighbouring countries find a similarity through religion, language  and culture. Sri Lanka student Akhila who is studying Architecture at Acharya is fluent in Tamil and is a practising Hindu. Amina from Kabul, who is pursuing an MSc in Biotechnology, feels comfortable pursuing her religion freely in a country with a large Muslim population. Iranian student Saeed Asghartabar Afrouzi, who is pursuing an MTech in E&C at Acharya, considers India to be his second home.

The gold medallist in judo and wrestling has won many tournaments alongside his studies and says he feels very “free” in India. And despite India and Pakistan’s rocky relationship, Zaigham Abbas from Punjab, Pakistan, feels at home here. “I feel very relaxed here because the Pakistan-India environment is very much same – the people, language etc,” says the MSc student at SAU. During our exploration, however, we found that many did not feel this sense of familiarity so quickly.

Learning for marks
Bangu Thato S Mbaakanyi from Botswana in Southern Africa came to India with great expectations. “India has always fascinated me. It’s a beautiful and colourful country. And I thought staying here would be wonderful,” says Bangu, who is pursuing BBA (International Business) at Amity University. “In India educational institutes still have a concept of ‘learning the theory’ first.

"At our place we have lots of projects, on-jobs training and practical classes that help us in learning by doing,” observes Bangu. On a similar note, Bazangu Nitumbu Andy, a BTech IT student from Congo, feels that students here tend to learn more for marks than knowledge, and this disappoints him. However, Wang finds that the teaching focus in India and China is similar. “Everything is for the exam purpose, just like in China!” she says.

Being politically correct
Social engagement is another aspect where not all students feel comfortable. While many international students say that they have made some close Indian friends, on a social level their experience is a mixed bag. While designer John’s experience with Indian students, faculty and others has been warm, welcoming and exciting, on Bangu’s first day in college, she recalls feeling like an ‘alien’. “I saw guys and girls whispering to each other and smiling,” recalls Bangu. Wang and many international students complain that Indian students tend to switch to their mother tongues when they want to exclude them in the conversation.

Embracing new experiences
How does the presence of international students impact learning in the classroom? “Global diversity can enhance learning in many ways. While discussing examples in class, foreign students raise issues pertinent to their countries, and class discussions become a medium of learning,” shares Dr Mala Narang Reddy, Assistant Professor, Department of Policy Studies at the TERI University.

Dr Mala shares  that at TERI University, faculty members make extra effort to discuss issues relevant in other countries, so that the curriculum is not narrowly focused on India. In this evolving scenario, Dr Sarin advises Indian students to be more open-minded and go the extra mile to accept the ways of students belonging to different cultural ethnicity. “But of course, without comprising their own culture,” he adds, with emphasis.