We look for partnerships and educational collaborations in India: British Columbia Education Minister 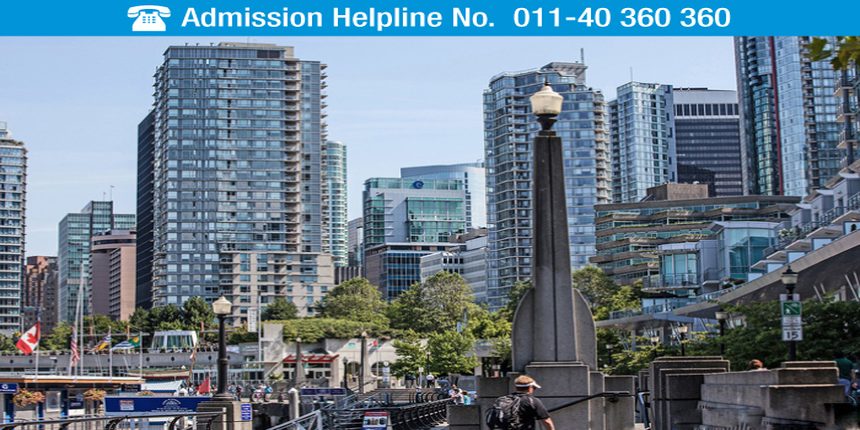 Canada is one of the major study abroad destinations for international students. The recent decades witnessed the growth and emergence of many universities of British Columbia, one of the provinces located on west coast of Canada, which made the city a major attraction to the overseas students.  According to the statistics, the number of Indian students going to British Columbia for higher education has increased by 188% in the last three years. In a round table with Indian media, Minister Amrik Virk, Advanced Education Minister of British Columbia, and presidents from six universities talked about their plans of partnerships with India.

The Minister believes that India holds a special position globally as it is one of the dynamic and emerging economies in the world in terms of education, technology and innovation. Being a country which can boast of having some of the best brains in the world, he looks forward to talented Indian students to explore the educational opportunities in British Columbia.

The Minister offers a safe and secure place for study for Indian students as many parents are concerned about the safety of their children when they go to a foreign country for higher studies. Further, the Minister points out that British Columbia has a very vibrant economy with small towns that offer world class standard of living. There are many work programmes also for students, and many universities offer employment experience along with studies. The Minister looks forward to work with partners in India on education collaboration which enables two-way flow of people and ideas.

University of Victoria is one of the three research intensive universities of British Columbia. It is a comprehensive research university which provides courses in arts and sciences and professional courses such as engineering and business. The university has 21,000 students, among them 15% are international students providing a cosmopolitan opportunity in the campus where students get to know different cultures.

Professor Cassels said that the favourite courses for Indian students are engineering, clean technology, ocean science, economics and business. He also focussed on increasing bilateral relationships and partnerships with India. The university already has partnerships in India where they run 20 theatres in Tamil Nadu working on developing community theatres in India.

The College of New Caledonia focuses on major career oriented courses which international students are interested in such as business, ITC, house management. The university, which is keen in increasing the partnership with Indian institutes and companies, is in the process of signing Memoranda of Agreements (MoUs) with Jindal Steel and NH Hospitals.

Simon Fraser University (SFU) is a comprehensive research university which has around 90% students from outside Canada. The university was set up by an Advisory Council ten years ago to explore connecting with India, and making strategies and partnership opportunities. Professor Petter said that the university signed an agreement with Indian Council for Cultural Relations with an aim to bring leading Indian scholars to SFU and to improve cross-cultural understanding.

The university has also signed a research exchange agreement with the Indian Oil Corporation. Under the agreement, both countries will have an exchange programme for researchers. Apart from that, the exchange programme also provides opportunities to Indian graduates to receive fellowships to study in SFU and come back and complete their doctoral degrees at Indian Oil. The university also looks for opportunities for the Canadian students to come to India

The university is currently working on finalising an agreement with Bombay Stock Exchange where a partnership will create an opportunity for students from SFU to exchange the entrepreneurial ideas, and students from India can experience business environment in Canada.

Langara College, which started in 1970, has 21,000 students. Among them, 1,900 are international students. The academic programmes of the college focus on pathways to further education, career and career advancement. The college looks forward to welcoming more Indian students and having more tie-ups with Indian companies and institutes which will enable both countries to explore the cultural diversities and education and work opportunities. Professor Trotter opined that British Columbia is created by a generation of immigrants and there are many work opportunities compared to other countries.

Arvind Gupta,
President and Vice-Chancellor,
The University of British Columbia

The University of British Columbia has its own reputation and features in the top 200 universities in rankings. With two campuses and 58,000 students, the university makes the transition easy for international student groups when they come to Canada to study. The university also boasts of long time partnership with the Indian Institute of Technology, Delhi (IIT-D). With an aim to woo more Indian students, the university recently announced two major scholarships- the first offers $10,000 each to 11 outstanding Indian students and the second scholarship is worth $8,000 each for eight students. Professor Gupta pointed out that the university is mulling to find a mechanism for large scale research partnerships.

British Columbia Institute of Technology (BCIT) provides hands on learning with industry which has major focus on business and computer science. The institute has five campuses and always prefers Indian students for their commitment, hardworking mentality and intelligence. Professor Kinloch said that she looks forward to more legislation from the Indian government that could allow the institute to have better long term partnerships and associations with the country.