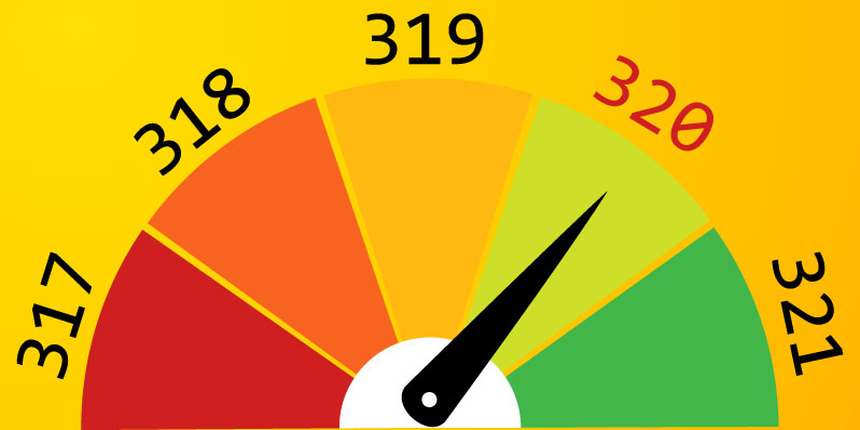 Universities accepting GRE Score above 320 - The Graduate Record Exam or GRE is perhaps one of the most important element of the Masters admission process, especially in countries like USA and Canada. The aptitude test evaluates a candidate’s knowledge and skills through three sections- Analytical Writing, Verbal Reasoning and Quantitative Reasoning. It is measured on a scale of 130-170 per section with a cumulative total of 340. With the selection process of top universities becoming competitive with time, the cut-offs for GRE scores have also gone up. In fact, most of the top 10 universities ask for GRE scores of at least above 300.

In this article, we take you through the GRE test scoring process and the list of universities for GRE score above 320:

Before you know about the universities accepting GRE Score above 320, you should learn about the GRE test pattern. As mentioned, GRE tests students on three major skill areas- Quantitative, Verbal and Analytical Ability. Besides these, GRE test has two other sections which are not scored- Research and Unscored. Here is the test pattern of GRE:

Click here to know the tentative GRE percentiles against the 320 GRE Scores accepted by Universities:

MIT is perhaps one of the universities which has been consistently ranked among the top universities in the world. In fact, ranking agency Quacquarelli Symonds (QS) ranked it the top university in the world for five consecutive years from 2012 -2013 to 2016-2017. MIT accepts GRE scores for most of its programmes, which include Civil Engineering, Mechanical Engineering, Economic and Political Science, among others.  While most of the departments at MIT do not declare the required GRE scores, they have highly competitive selection processes. It is one of the top universities accepting GRE score above 320. To be considered for admission at MIT, you need to have GRE scores of at least above 85 percentile in both Verbal and Quantitative ability, which translates to roughly160.

Another one of USA’s Ivy Leagues, Harvard is not only known for its history as one of the finest institutions in the world but also for its competitiveness. A look at the School of Engineering and Applied Science (SEAS) justifies the statement. Of the 2,400 applications that department received, it admitted just 10% students to its Phd and Masters programmes. In 2015, of the over 37,000 applications received by Harvard college, a record low of 5.3 applicants were selected. Naturally, a university with such competitive admission process would require students to submit high GRE scores. It is among the top universities accepting GRE Score 320 – 340. In fact, most of Harvard’s graduate programmes require GRE scores higher than 320 along with other admission materials like SOP, reference letters, essays etc. Some departments like SEAS even require applicants to submit GRE subjects test scores depending on the programme they are applying to.

Any conversation about the most elite universities in the world is bound to include Stanford. The university is listed among the top universities in the world and even its departments find special mention in almost all rankings. Annually, the university offers over 2000 graduate and 1600 undergraduate degrees. GRE score is an important element of the academic package for Stanford University.  Being one of the top universities accepting GRE Score 320 – 340, most of the graduate programmes require GRE scores of above 90% which is above 162 per section or 320 together.

The California Institute of Technology or Caltech is one of the most renowned tech institutes in the world. The university is consistently ranked among the top five universities in the world. Needless to say, Caltech has a rigorous selection process in place. In fact, the GRE score requirement in Caltech can go as high as 99% for most departments. Being a technology oriented institute, Caltech puts more emphasis on Quantitative scores and the demand for high scores in this section more than that in Verbal. Besides, some departments of the institute also ask for subject scores of the candidates.

Ranked among the top 10 universities in the world, the University of Chicago is mainly known for its professionals schools, namely the Booth School of Business and the Pritzker School of Medicine, among others. The university offers over 100 programmes in its graduate division which boast of over 7000 students, including Master’s, Professional and Doctoral students. GRE scores are required in almost all departments at Chicago.  However, majority of the courses do not ask for GE subject scores. Unlike many universities, University of Chicago has a minimum GRE score requirement for all its Graduate programmes.

Another one of the Ivy leagues, Princeton University consistently finds itself among the top universities in the world. Like most universities, Princeton has a very competitive filtration system when it comes to admitting students, especially to its graduate programmes. Of the over 10,000 students who applied to the graduate school, only about 12% or 1,300 were filtered and around 600 finally admitted. Among other academic documents like transcripts, Statement of Purpose and Reference letters, Princeton also requires students to submit GRE scores as high as 320 as it is one of the top universities accepting GRE score 320 – 340.

Stay tuned to www.studyabroad.careers360.com for more news and updates on GRE