Twinning programmes: Get the best of India and Abroad 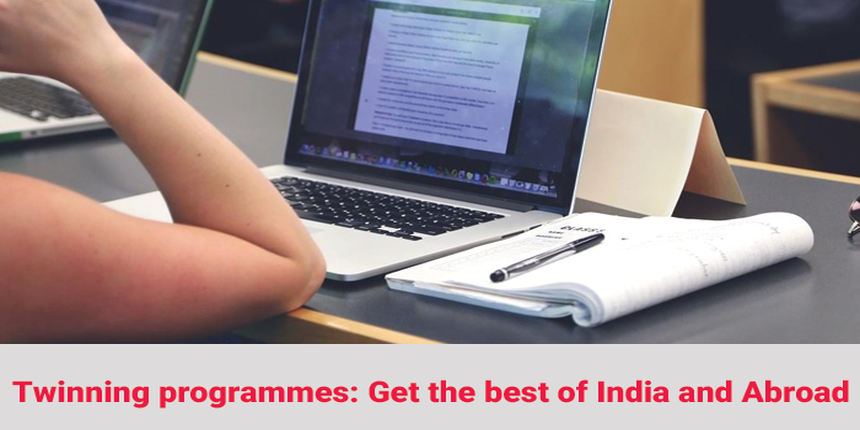 Twinning programmes: Going purely by the numbers in the last few years, it seems like India has been bitten by a major study abroad bug driving students to international universities across the world. The country is the second largest source of international students in the world with its outbound student mobility zooming past the 3,00,000 mark.  However, what cannot be ignored is that studying abroad is an expensive business. Further, majority of the outbound students from India opt for management or STEM subjects, two of the most expensive programme fields offered at universities abroad.

But, what if we told you that you could pursue a course of your choice abroad and that, too, at almost half the cost of what it could sum up to? Not just that, what if you had the option of pursuing a degree from both India and abroad and is spared half the formalities of going abroad?

Yes, for all those students, twinning programmes is the new buzzword. The programme offers an interesting twist in a degree wherein half of your terms are spent in an Indian university and the other half in a foreign university.

Here we bring you the what and why of twinning programmes:

What and Why of twinning:

Twinning is an arrangement between two universities - one domestic and one international- to offer any specific programme in collaboration. Basically, if a student in enrolled in a twinning programme, she can complete part of her studies in India and the rest in a foreign university with which the former has collaboration with. Eg. for undergraduate engineering programmes, students can complete two years in India and shift to a foreign university to finish the rest of the programme.

As mentioned, twinning programmes were first started in India by Manipal University in the year 1993. Needless to say, the ICAS International Engineering Programme has, in over two decades, established an immense credibility among leading global universities.

Following are some of advantages of the programme:

Most of the universities which offer twinning programmes in India have collaborations with more than one university abroad. This, in fact, gives the student an opportunity to decide between multiple universities and countries. Manipal University itself offers its students to choose from over 90 universities across USA, UK, Australia, Canada, Germany, France and Malaysia to pursue their Engineering.

What you need to know to pursue a twinning programme?

First things first. You need to enroll with a university which offers a twinning programme and has collaboration with foreign universities. While researching for the programme you need to make sure that the university offers you more than one foreign institute as a choice. Second, you also need to ensure that you qualify to study at the foreign university. Most of the leading universities abroad would demand that you have at least a 3.0 GPA without which it would be difficult to grab a seat.

Click here to know more about these events and register.

Stay tuned to www.studyabroad.careers360.com for more news and updates on twinning programmes