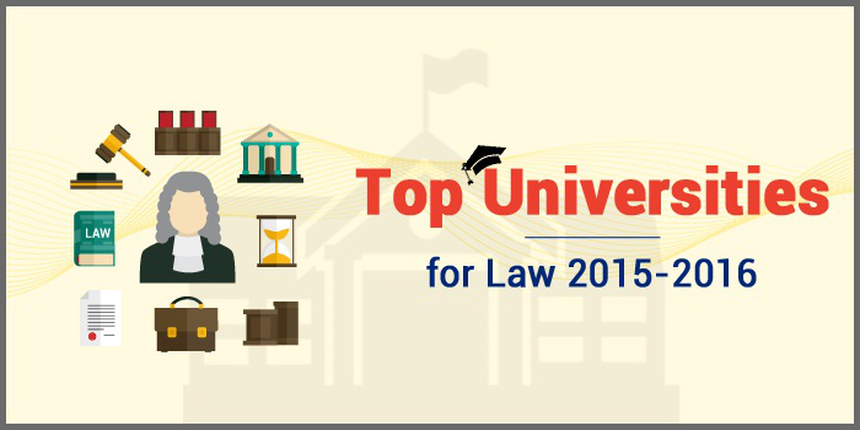 Top Universities for Law: One of the most sought after and highly respected academic courses, Law has been studied and practiced since ages. Even though legal study is considered to be quite challenging, many students find it attractive for the attached concern for human interest as well as for the wide array of job opportunities it holds. Gone are the days when a Law graduate was limited to working in courtrooms or at the solicitor’s office only. Today, lawyers are in high demand in the corporate world to deal with the companies’ legal issues from major courtroom cases to complex corporate merger or any real estate matter.  Lawyers can also explore lucrative job opportunities in government offices, non-government organizations, legal aid agencies and universities.

One of the popular Law degrees is LLB (Bachelor of Laws), but in some countries, a BA/Bsc in Law is being offered instead. Though LLB and BA/Bsc (Law) are the degrees often being offered interchangeably, certain universities offer both the courses with rhe difference as the former focuses only on legal studies while the latter entails studying modules of other subjects of humanities.

In USA, law schools offer Juris Doctors (JD), which is analogous to LLB and is earned by completing law school approved by the American Bar Association (ABA). Among other countries that offer JD as the first law professional degree are Canada and Australia.

There are hundreds of universities across the globe that offer courses on legal studies. Careers360 brings you the list of the global top 100 universities for Law, prepared on the basis of QS World University ranking by subject 2015. International students seeking law education abroad can refer to this list.

According to the latest QS ranking for the best universities to study Law, the United States dominates the league table by possessing six slots in the top ten with Harvard at the first rank, followed by Yale University, New York University (NYU) and Stanford University back to back at 4th, 5th and 6th positions. The UK also boasts of sufficient number of top universities for Law, with three names in the top 10 of the subject wise QS World University Ranking 2015.

Find below the complete list of the top 100 of QS World University Ranking 2015 for Law: