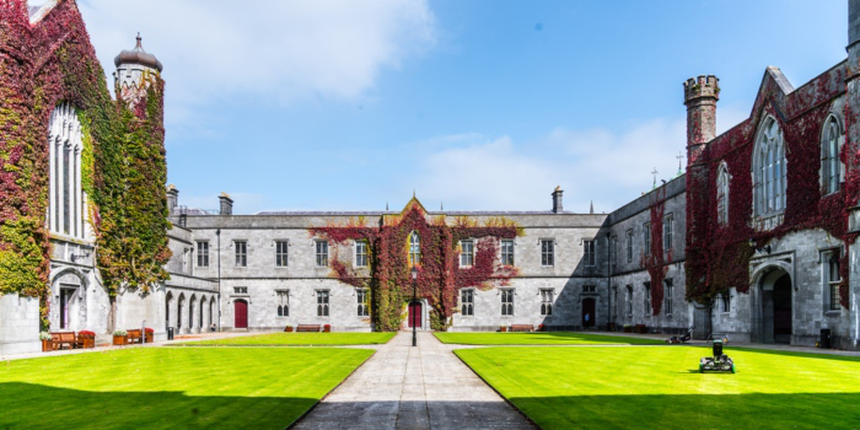 Top UG Courses to Study in Ireland - Over the past few years, Ireland has steadily grown into a popular country for students to pursue education abroad. Harboring a few of the world’s top universities, it is also home to some of the best global programs as well as a beautiful environment to pursue education in. According to the QS World Subject wise ranking, some of top UG courses to study in Ireland are:

These top UG courses in Ireland are popular amongst international students due to their degree of exposure, quality of education and campus life as well as many other reasons. Amongst the programs, Nursing programs in Ireland are the most popular and best ranked amongst the world, with the Nursing program University College Dublin having a world subject rank of 24 and the Nursing program in Trinity College Dublin having a world subject rank of 25. Therefore, there are a number of programs which are globally acclaimed for Indian students to study in Ireland.

Eligibility Requirements to Study in Ireland for Indian Students

In order to be eligible for some of the top UG courses to study in Ireland, a candidate does not need to give the SAT or the ACT exam as is required for most undergraduate programs in the USA. The eligibility to study in Ireland for Indian students is evaluated on the basis of marks obtained by the student in his or her respective XII Standard examination.

The accepted XII Standard marksheets and certifications to satisfy eligibility requirements for education in Ireland include:

The general percentage of marks required for admission to the top UG courses in Ireland include:

Apart from the academic requirements, candidates also have to satisfy the individual English language proficiency requirements for admission to any undergraduate program to study in Ireland.

IB students are also eligible for admission to undergraduate programs for education in Ireland.

The eligibility requirements for Engineering programs to study in Ireland for Indian students are more subject specific and have been listed later in this article.

For admission to any undergraduate program for education in Ireland, English language proficiency is a requirement. All universities and institutions for study in Ireland accept the TOEFL iBT (TOEFL Internet Based Test) and the IELTS Academic scores to satisfy English language proficiency requirements. Some institutions also accept PTE Academic or Pearson Test of English Academic scores as well as Indian XII Standard English scores as English Language Proficiency requirements.

Top Undergraduate Programs to Study in Ireland for Indian Students

The top UG programs in Ireland vary across a number of different domains and are available at some of the world’s best universities for education in Ireland. These include many prestigious institutions like Queen’s University, Belfast and University College Dublin. Some details of the various top programs and their fees as well as program duration available at different universities for education in Ireland are given below.

Archaeology is the study of societies from recovered artifacts, bones, structural remains and other material remains. An undergraduate program in Archaeology focuses on many aspects of humanities and social sciences in the interpretation of history ranging from the past millennia to medieval and modern history. Archaeology is an educational domain which is highly dependent on field work and is an exciting prospect for students seeking to develop new theories and make new discoveries in the history of the human race and is one of the top UG programs to study in Ireland for Indian students. Some of the best programs in archaeology for education in Ireland are

Undergraduate programs in the Veterinary Sciences deal with the treatment and care of animals. This includes psychological analysis, preventative care and surgical treatments and is a field of medical practice best suited for animal lovers who seek to professionally look after the well-being and health of animals. The Veterinary Nursing Program is one of the top UG programs to study in Ireland for Indian students and in the world with a QS World subject rank of 24. The details for the best two programs for study in Ireland in Veterinary sciences are given below.

Nursing is one of the most critical fields of study in the medical department. Nursing is by far one of the top UG programs to study in Ireland for Indian students and nurses play a crucial role in the maintenance of the health and well-being of patients in the hospital environment and nursing programs endorse specializations in various sub domains such as general nursing, children’s nursing, mental health nursing, intellectual disability nursing etc. The English language proficiency requirement for Nursing is the same as that for Medicine related courses due to the extensive interaction and need for communication with patients. Some of the most highly acclaimed Nursing programs for study in Ireland and their details have been listed below.

Classics and Ancient History programs at the undergraduate level deal with literature and classics from the Greco-Roman period. These programs are best suited for students with an interest for ancient languages such as Latin and Greek and various aspects of history pertaining to the period where these languages thrived and are one of the top UG courses to study in Ireland for Indian students.

University College Dublin - Know all about University of Canterbury in #Admissions Connect. Click...