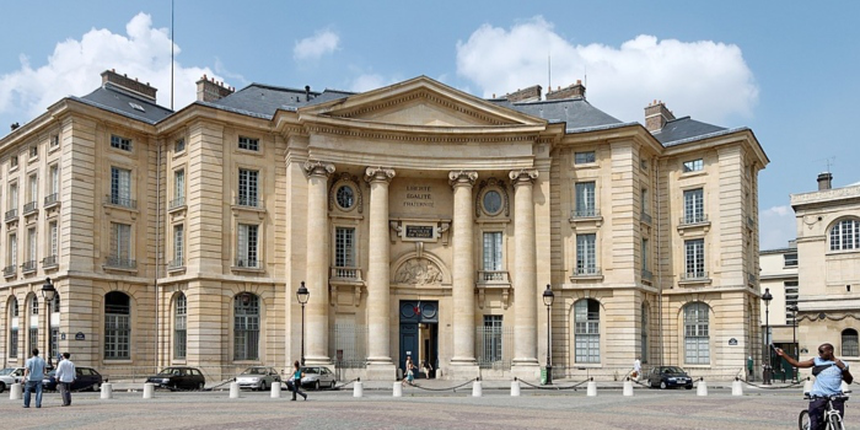 Top UG Courses to Study in France – France is one of the most popular nations amongst students for education at both the undergradate and postgraduate level due to the high quality of education in France as well as the diverse culture and international exposure which education in France provides. The incredible architecture, international prescence as well as the unique nature of student life are some of the reasons why France is sought after by students across the world.

In terms of expenditure incurred for study in France, it is one of the nations which is on the inexpensive end of the scale. The tuition for some of the top UG courses to study in France is easily affordable for most students and the number of scholarships and funding options available for students are also vast. An additional reason why France is a great place for prospective students seeking international exposure is the fact that Paris remains the world’s first student city and is also ranked the 5th best student city on the QS Best Student Cities ranking.

Apart from Business and Management studies, there are many French universities which offer some of the best UG courses in France and in the world in a variety of other domains. These include Mathematics and Classics amongst many others. Some of the top domains for education in France are given below.

Eligibility Requirements to Study in France

Although many of the international programs offered by the top French universities are available in both French and English, there are still a vast number of top UG courses in France which are offered with French as the language of instruction. Therefore, candidates are often required to submit various proofs for French language proficiency in order to be eligible for the program of study. Some universities also prefer students who have a substantial proficiency in French even if the program of study is in English as students with prior knowledge of the language find it easier to assimilate themselves into French society.

The French language proficiency proofs generally accepted by the top French universities are:

Generally, for courses taught in French, candidates are required to have a French language proficiency which is equivalent to a CEFR (Common European Framework of Reference for Languages) level of B2.

Candidates who are from countries where French is an official language are also exempt from submission of French language proficiency proof for study in France.

Most undergraduate programs in France are multidisciplinary and focus on multiple areas of study in order to allow the student to have a greater amount of career opportunities and postgraduate education options. These bachelor’s programs are therefore globally unique and provide the perfect educational foundation for students seeking to explore various opportunities before specializing in a niche domain. The 5 top UG courses in France all feature the multidisciplinary aspect and are an ideal mixture of practical knowledge, international exposure and theoretical pedagogy.

The CPES program is a high-exposure multidisciplinary Bachelor’s program and is one of the top UG courses in France for students who don’t want to limit themselves to a specific field of specialization. The CPES program lays emphasis on project-based teaching methodologies and is co-hosted by 13 of the most prestigious colleges and universities in France. This program is offered in 3 streams of focus:

The multidisciplinary Bachelor’s degree program offered by Sciences Po provides a comprehensive common core for social sciences courses in history, law, political science, sociology, economics, humanities etc. The Bachelor’s degree is one of the top UG courses in France for prospective social science majors and provides a wide array of opportunities for master’s study in France. Additionally, the first two years of the program are based in France whereas the final year is generally at one of the international partner students therefore offering students international exposure.

Language of Instruction: English and French

Eligibility: In order to be eligible to the undergraduate program at Sciences Po, candidates need to submit either of the following:

Ecole Polytechnique is a leading French university in the domain of science and technology and is undoubtedly one of the top universities for education in France. The Bachelor program offered by this French university is a multidisciplinary program with a scientific curriculum which is focued on mathematics and computer science, physics and economics and is one of the top UG courses in France.  It is the best program for science students seeking interdisciplinary education in France who want to broaden their career and postgraduate education prospects.

Eligibility: In order to be eligible for the Bachelor program at Ecole Polytechnique, candidates need to hold a French Baccalaureate or the international equivalent senior secondary qualification. The candidate is also applicable if he or she has already obtained an entrance certficate or diploma for higher education.

The Engineering program at CentraleSupélec is one of the top UG courses in France for students with an interest in the domain of engineering and technology. This program provides multidisciplinary education in the various subjects associated with engineering as well as provides 8 specialization areas for students to study in France. It is the best undergraduate program for prospective engineering entrepreneurs and is taught both on campus as well as internationally with a semester abroad.

Language of Instruction: French and English

Eligibility: In order to be eligible for the CentraleSupelec Engineering program, candidates need to have completed senior secondary education with an exceptional academic record. Additionally, applicants are required to participate in a competitive entrance exam which is the primary criterion for admission decision to the engineering program for study in France.

France’s Conservatoire de Paris ranks 7 in the world in the performing arts and it’s Professional Musician Degree is one of the top UG courses in France for students interested in the performing arts and music in particular. The program is also interdisciplinary and lays focus on disciplines such as jazz, conducting, singing, instruments etc. Additionally, the option for a Bachelor’s degree in music and musicology is available in conjuncture with Sorbonne University for prospective musicians who want to study in France.

Eligibility: There are no educational prerequisites for this program, instead students are required to give an entrance exam for the professional music degree. Candidates are also required to submit French language proficiency proof of the requisite CEFR level.