Russia is the favourite study destination for students who want to pursue engineering and medicine. The major reason is the availability of best education at affordable rate. The standard of major Russian educational institutions is at par with top universities in the US and the UK. Study in Russia is becoming a big dream for students. For a better understanding about the education system in Russia, we are providing the academic calendar of higher studies in Russia. 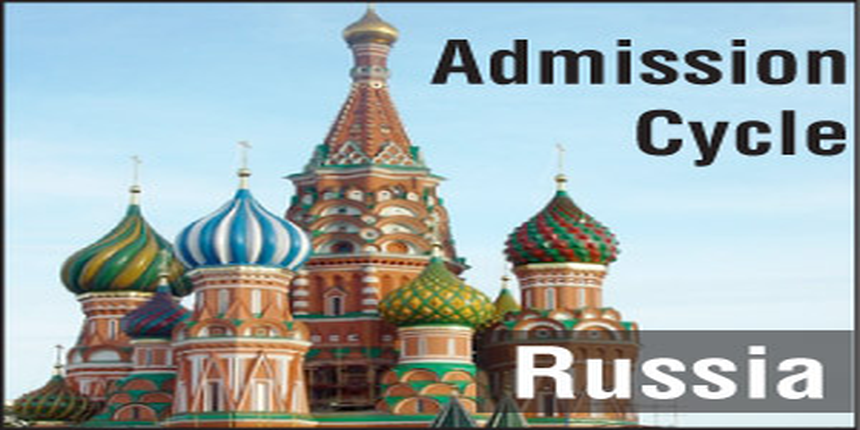 Know the most important and popular courses in Russia such as...

Need to go for MDS course in Russia after my BDS. Can you please suggest as how can I get admission there.

You have to appear for selection into any college. Choose any college which you find suitable. Check how the college selects candidates. Prepare for  it and give your best. After you get your call letter, you can go and take admission.

Is you want to study in abroad then go to Nepal they provide best facilities and study and also u,ll be comfortable their as people's of thier are like Indians only and the cost will go around 30 to 35 lakhs total
Read More
Answer

studying MBBS in Russia is use full ?

Yes, you can study MBBS in Russia. But let me remind you the problem which you may face while studying or while applying.

1. There are many fake Universities in Russia providing fake degree that too without having a Hospital.

2. A lot of 3rd Party Corruption During the admission time.

I have completed my MBBS from Russia now I want to do PhD in Clinical Psychology from SPPU Pune.. For PET what is syllabus?

Sonal, here is the pdf format of PET Syllabus for Psychology. You can download it from the official website; http://collegecirculars.unipune.ac.in/sites/documents/MPhilPhD%20Admission%20PET%20Exam%20Syllabus/Psychology.pdf It is a 4 page pdf and so we are helping you wtih the link. Hope this helps.

i have done my mbbs from russia and i am going to pursue my post graduation here itself.. or some other place abroad.. do i have to give any entrance after returning to india after i complete my pg abroad?? please guide

To practice in india as registered doctor by MCI the foreign medical graduate has to pass the FMGE exam.

Thoso who obtained their PG from abroad are not recognized by MCI and there is no such exam to get recognized.

It is in discussion that for post graduate medical aspirant who obtained their pg from abroad, a similar exam like FMGE should be conducted by DNB so that they can practice in india. And MCI is also looking forward for this. However as of now there is no such exam for foreign medical pg aspirant.

You can give FMGE and after clearing that apply for neet pg to study pg in india.