With the ever-increasing cross-country cultural exchanges and new socio-economic structures emerging across societies, new domains of studies have also come up in line with the changing needs. This applies to legal studies as well. The nature of legal problems is changing, and so does the curriculum at law colleges across the globe. 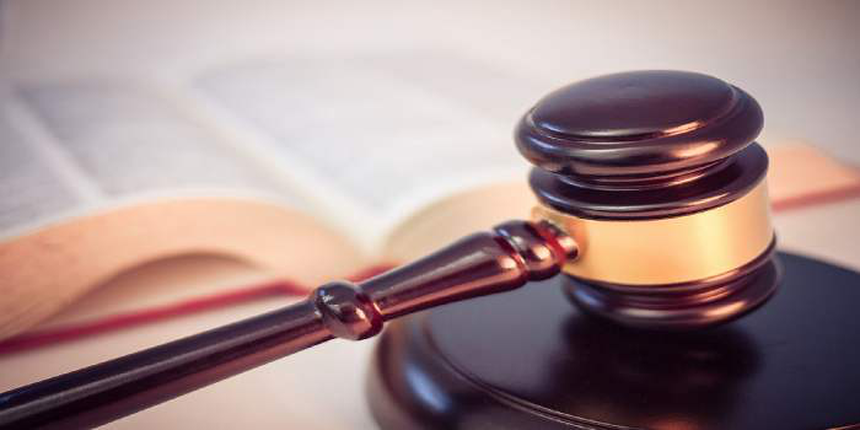 In this scenario, there is a need for legal experts with in-depth knowledge of international legal systems and laws. For example, with the rapid growth of technology and internet, there has been a major escalation in cyber crimes, including threats to national security. Thus, it can no longer be considered as a separate legal entity as it has universal application across the globe.

Legal studies vary from country to country, based on the nature of governance and constitution. A law degree from an international university does not only help in gaining knowledge of the basic legal aspects of the particular country but also helps expand one’s horizon about law in general. This prepares one for bigger challenges, irrespective of the law of the land. With increased globalisation and liberalisation, an international perspective is much-needed by law firms, not-for-profit organisations as well as corporations operating on a global scale.

In countries like Australia, New Zealand, Canada, Ireland and UK, the graduate course, Master of Laws, is a one-year degree. The professional degree in the USA is Juris Doctor (JD), a three-year program that is done after an undergraduate course. The Juris Doctor course is offered at various universities of Australia, Canada, Hong Kong and Japan. Academically oriented students may opt for higher courses like the law PhD (Doctor of Law) or Doctor of Juridical Science (JSD) offered in US.

For admission to LLM courses abroad, the candidate should have completed or should be in the process of completing the program, which makes him/her eligible to practice law in their country of residence. For India, it would be a three-year Bachelor’s course and Bachelor of Laws or an integrated five-year Bachelor of Laws. Bachelor of Laws is considered as the first professional exam. Dr. Jason Dickenson, a Senior Test Specialist in LSAC Test Development Group, says, “Aspirants must take the LSAT in order to apply to schools in these countries. Also, the law programs in these countries are post-undergraduate programs, so aspirants will need to have or be near completing an undergraduate degree (not necessarily one in law).”

The LSAT, conducted at least four times in a year, attempts to evaluate the individual’s strength in analytical reasoning, logical reasoning and reading comprehension which are skills important for a practising lawyer. “The LSAT-India is used for admission only to Indian law schools, whereas the LSAT is used for admission to law schools in the United States, Canada and Australia,” Dr. Dickenson explains. “The LSAT test pattern has remained essentially unchanged since 1991. The only significant change in that time was the introduction of “Comparative Reading” in 2007. Comparative Reading is a type of reading comprehension set that requires reading a related pair of passages and answering questions about their relationship,” he added.

Different countries have their own eligibility conditions to allow individuals to take the Bar Examination, the exit exam for practising law. For example, the relevant state bar authority in the USA determines the eligibility of the candidate. Graduates of foreign law schools may be eligible to take the bar exam, but it may require obtaining an LLM or other graduate degree from an American Bar Association (ABA) approved law school. Prof. Sean Cooney, Associate Dean (International), Melbourne Law School, says, “In order to practise as a lawyer in Australia, a candidate has to be admitted to practice by the Supreme Court of an Australian state or territory and then obtain a practising certificate. The Melbourne JD leads to admission to the legal profession in all Australian jurisdictions.”

Coming back to India, a higher law degree abroad has its perks as well. Foreign firms routinely look for Indian lawyers with dual qualifications so that they can work in India and abroad. The reason can be attributed to the fact that foreign legal firms cannot take up litigation in Indian courts. To circumvent this, they prefer to collaborate with Indian law firms.

Students from top international law schools have a variety of job options. Prof. Cooney says, “The Melbourne JD opens doors to varied career opportunities. MLS alumni have pursued careers in politics, media, investment banking, start-ups, the arts and much more. Our most recent survey revealed outstanding employment outcomes for our JD graduates, with an employment rate of 96 per cent for the class of 2015.”

They also have the option to intern and work with prestigious organizations like the OPEC, UNEP, WTO, Office of the High Commissioner for Human Rights, to name a few. Positions range from field worker to Principal Legal secretary at The International Court of Justice.

Law courses at top international destinations are very expensive to pursue. The tuition fee added to the living expenses as well as access to the academic materials sometimes becomes a deterrent. A number of scholarships come to the rescue of the aspirants. The scholarships are usually merit-based and are dependent on the candidate’s academic performance, LSAT scores, English language proficiency scores, letters of recommendations etc.

About the top scholarships offered at Melbourne, Prof. Cooney says, “Melbourne Law School also offers the Alex Chernov Scholarship, awarded to students from India commencing in the Melbourne JD or the start-year intake of the Masters of Law (LLM). The scholarship will contribute the recipient’s full tuition fees for three-year full-time JD or one-year full-time Masters of Laws (LLM) degree. Selection for the Alex Chernov Scholarship will be based on academic merit.”

“The test pattern of the LSAT has remained essentially unchanged since 1991. The only significant change in that time was the introduction of “Comparative Reading” in 2007. Comparative Reading is a type of reading comprehension set that requires reading a related pair of passages and answering questions about their relationship” said Dr. Jason Dickenson, Senior Test Specialist, LSAC Test Development Group

need to know from where can i find the 2018,2019 papers of lsat as it is not available on offical site of lsat?

Thank you for your query. You can find the question papers from other official websites such as career 360 and others which offer guidance for students.

There are very few  colleges in Bengalore which takes admission on the basis of LSAT. Those colleges are enlisted below :-

For more details about these colleges visit - https://law.careers360.com/colleges/list-of-law-colleges-in-bangalore-accepting-lsat-india

What should be one month strategy to prepare LSAT Examination?

I would start with very basic & familiarization of different type of questions. Once you done with the basic questions then you take one practice test & just focus on the section. When you done, look at the performance, really look at the finding areas in the entrance you cover on. Try to find your weakness & analyse your performance, You wouldn’t keep the same mistake again & again. Doing section level practice is very important, Go back & Try to find out where you are wrong.

Understanding of your strength & weakness is something, Only you can do. You know yourself well. Alternately you can build up a test under the time limit to get the experience of real test from beginning to end.

The student has 80 percentile, How much score in LSAT is good to get a college in India?

You should be in touch with the college & ask them about the eligibility of score. LSAT doesn’t have such standard but if student scored 80 then from my prospective, It is pretty good score.