‘I have become stronger and more responsible’ 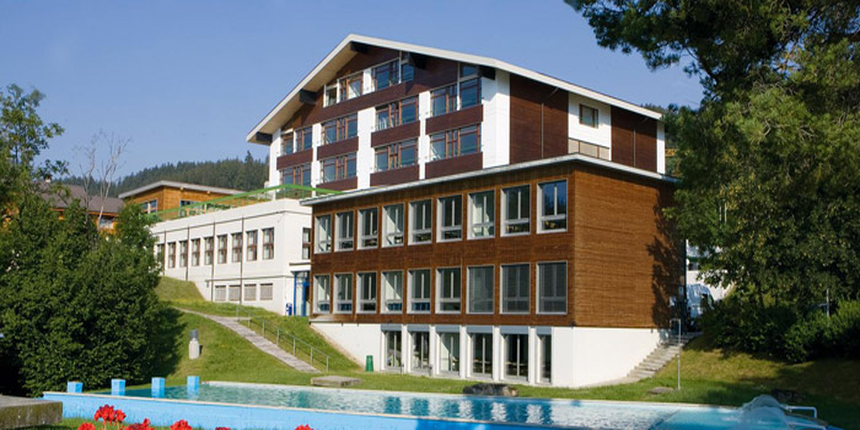 Studying in a foreign university is a unique experience in itself. It is not just about education, it is about experiencing a whole new side of life, exploring fresh territories and exposing yourself to unseen challenges.

Here we have Siddharth Bajaj, who is pursuing his Bachelors of Business administration from Les Roches Switzerland, talking about his experience in Les Roches and Switzerland.

Below are the edited experts:

Careers360: How and why did you choose your university?
Siddharth: I chose Les Roches as it was my grandfather’s dream when he visited Switzerland in 1961, that one day his grandchild should study here. He originally wanted his daughter to study at Les Roches but my mom being the only child he changed his mind. My mom later fulfilled his dream by sending me here. Studying at one of the top schools in the world in hospitality management was another reason why I wanted to come to Les Roches, Switzerland.

Careers360: Was there any specific reason why you chose Switzerland?
Siddharth: Switzerland as a country is known for its excellence in hospitality education, even though Les Roches now has branch campuses in different corners of the world. However, I chose to come to the Swiss campus because of its beauty and tranquillity and because it is the main campus where the story of Les Roches began.

Careers360: Tell us about the campus life at your university. How different is it from the Indian campus life?
Siddharth: The campus life at Les Roches is of a very exotic kind, with a vast variety of entertaining outlets available for us to avail from. The catering ranges from fine dining to student lounges, where you can enjoy a drink with your mates after a long day or discuss group projects.

It differs from Indian campus life in many ways, mainly because of the high quality of services provided at Les Roches. Also, the ‘exotic’ feeling of being midst a vibrant mix of nationalities is not as strong in India as what it is in Les Roches.

Careers360: How is the competition level? How would you describe your experience of studying in a foreign university?
Siddharth: Competition is not a very dominating factor in foreign universities. I say this because we all have certain personality traits that compare differently. For instance, I am a better candidate when it comes to practical tasks. Not saying that I am weak academically, but I need to prepare and complete exercises to fully grasp the fundamentals of a theoretical lesson, whereas in ‘hands-on’ courses I perform much better.

Also, foreign universities have a very different way of evaluating students, which is mostly based on students’ concepts and not word-to-word data. I have previously obtained my Bachelor’s in Marine Biology from the University of Alaska; comparing the competition level, the universities in the States are much more competitive, but the two fields are worlds apart in terms of scope and application.

Careers360: Did you look beyond the Indian community while making friends?

Siddharth: I have barely ever studied in India and have always been surrounded by international students. Les Roches now has 99 nationalities and I always looked beyond the Indian community when reaching out to people, while staying on good terms with my fellow Indian students.

Careers360: What about fests? Have you taken part in any of the fests organized at your university?
Siddharth: Les Roches doesn’t have a term called fests but we have something known as “Open Days”. During these events, the school lobby is turned into a ‘Wine& Dine’ area and visiting families from all over the world are given campus tours by ‘Les Roches Ambassadors’ like me and we address their queries about the functioning of the school and the “Les Roches Way of Life“,meaning the life of students after class and activities supported by the campus facilities.

Careers360: Are you a member of any club? How does it help to orient yourself with the university?
Siddharth: Yes, I have been a member of the School Year Book Committee, and even volunteered at Student Social Committee events. These appointments help me develop my interpersonal skills, teaching me to be open to discussions on any topic and improve the student life for fellow students outside of classes.  It’s a great learning experience for me in terms of my problem-solving and decision-making skills.

Careers360: Going from India, how is life at a foreign country? What do you do to adjust in a new environment?
Siddharth: Initially, the experience was very challenging for me. Having been brought up in a very protected environment, a great sense of insecurity was inside me, but overtime it passed. One tends to get much stronger and more grounded in terms of upbringing and family expectations. You become more responsible and mature to take the correct decisions and every failure you overcome is a lesson learnt.

Careers360: Do you hold any part-time job? How does it help in your education?
Siddharth: Yes, I hold a part-time job as assistant bartender & event planner (3 times a week) at ‘Leo’s’, one of the best-known pubs in Crans-Montana. It helps me in my education because it’s a part of the food & beverage department in the field of hospitality. By shouldering these responsibilities, I am refining my skills in bartending and public relations and would later like to build on this experience to excel further in the industry.

Careers360: How do you balance fun and studies?
Siddharth: It’s definitely a challenge to balance my social and academic life, but Les Roches has taught me to prioritize the core fundamentals of applied and academic learning. I tend to manage my academic work with time management skills I have acquired at Les Roches and work hard during evenings and intervals between classes in order to balance my academic obligations and my off campus activities. In this field, you need to be efficient in the work place and with your social networking techniques to cope with the daily work load.

Careers360: What is the strength of the Indian student community in the college?
Siddharth: The Indian community in Les Roches is the second most populous behind China. We are around 100 students with Indian origin excluding a small group with half Indian origin and half European or any other nationality.  This bringsa great sense of belonging to Les Roches as we are learning together to be part of a continuously globalizing and growing industry.

Careers360: What are some of the popular programmes among Indian students?
Siddharth: After some research, I came to the conclusion that a majority of the students with Indian origin tend to specialize in either Marketing or Finance. As always, some deviate from the norm and prefer to specialize in Event Management or Entrepreneurship.