Win a competition and explore your destination 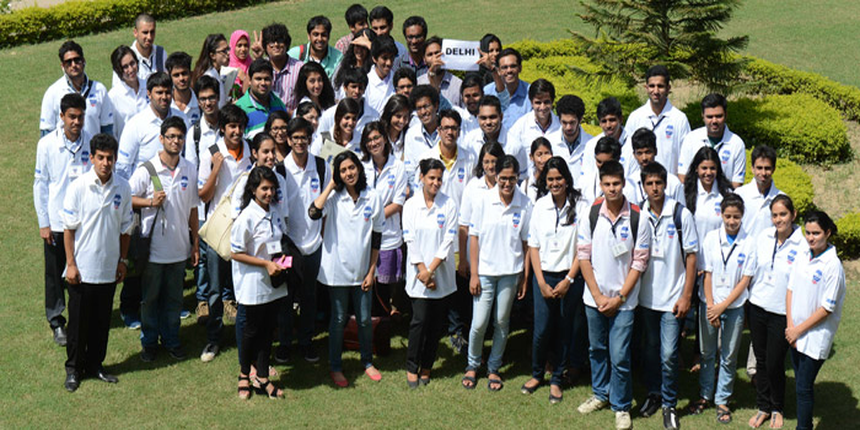 As Indian students are increasingly considering studying abroad, the destination countries are calling them to get a first-hand experience through sponsored study trips.

According to a survey by Assocham, “New overseas destination for Indians students” reveals that nearly 3 lakh students travel overseas every year from India to pursue higher education. With the numbers increasing by the day, students are exploring interesting new destinations to study abroad. Assocham has, in fact, identified Singapore, Canada, Germany, Norway, Malaysia, France, China as the new hotspots for higher education.

With the swelling numbers come increasing competitions among the countries to attract students who are ready to set their feet ashore. Scholarships have always been a major agenda for countries promoting their institutions in India. However, financial aid being a tried and continuing concept, countries are now turning to new avenues to catch the attention of Indian students.

One of the latest trends is sponsored study trips. Although the concept of study trips has been around for sometime, the countries are giving it a fresh twist by introducing competition based trips. So, while UK has the GREAT debate competition, Canada launched its own marketing strategy competition.  Australia, too, launched the Advance to Australia competition for school children this year while Sweden and Germany have been driving their own contest based study trips annually.

What are sponsored study trips?

Study trips are short and tailor-made, designed for students to understand a country and its education environment. Such trips are usually offered or organized by individual institutions or bodies. For instance, Australia has its Gold Coast Study Tours or University of South Australia’s sponsored study tours. Similarly, many of the US universities organize individual study trips for international students.

These trips can be of 5 to 10-day’s duration or be in the form of short-term courses. Germany holds annual DAAD essay competition wherein winners get a scholarship to attend a short-term university summer course – which they can choose from over 130 programmes.

Similar to study tours, sponsored study trips are; all, or partial expenses paid trips, organized via competitions or scholarships. Some of the study trips open for Indian students are Challenge Yourself India by Sweden, Denmark- India Business Challenge, The GREAT debate by UK, Advance to Australia etc. A unique feature of these sponsored study trips is that students get an opportunity to discover a new country’s education system at a cost advantage.

“Study trips are definitely a way to let students explore not just a country but also its universities, observe its diversity and understand how things work in the country. So, if someone plans to study here in the future they will have a clear picture of what to expect,” says Apoorv Jain, who along with his partner Dipankar Bagga won the 2014 Marketing strategic competition organized by the Canadian High Commission.

What do students gain?

There are quite a few perks that make study trips special. Students are taken to renowned colleges to understand their study environment, admission procedures, and meet students

Akshay Labroo, winner of the GREAT debate 2013, says, “Our trip to the UK was really good. We got to know about all the aspects of the society. We met officials, members of the civil society, students, both international and local. It was a fantastic experience for us.”

Akshay and Nikhil Saha from Ramjas College Delhi were the first winners of the debate and were sent for a one-week trip to the UK. Akshay and Nikhil were taken to prestigious institutions like LSE, Kings College London. “Our visits to LSE and King’s College were like the icing on the cake. We not only met the admissions team, who detailed us about the filtered selection procedure of these institutions, but also got to interact with students of the college. It was the students who gave us the real feel of the institutions,” said Akshay.

As Kevin Coyle, senior marketing manager with Cambridge English Language Assessment which organized the Advance to Australia competition, explains, “It is not only just a trip to Australia. It gives the students a chance to explore the top universities in Australia and observe their study environment by being a part of it.” Winning teams of Advance to Australia are sent for a one-week study programme in Curtin University and Bond University.

The buzz around study trips

Marie-Josee Charbonneau, Counselor & Head, Advocacy Program of the Canadian High Commission, says, “It is not something that is consciously on the forefront of our initiatives but it’s certainly one that has stuck up among the countries.” According to Charbonneau, the competition was a great way to discover the opportunities that Canada could explore in the way it approaches the Indian education market. “We said why not a marketing strategy competition? Let’s ask students what they think we can do.”

The United Kingdom grabbed the opportunity with both hands by launching the second installment of the GREAT debate this year. Following the success of the GREAT Debate Competition held in Delhi and Kolkata, the British High Commission decided to increase the scale of the event. In the second edition, the competition was held in cities like Chandigarh, Kolkata, Guwahati, Hyderabad, Chennai, Thiruvananthapuram and Jaipur. “We were overwhelmed by the response we got in the first GREAT debate competition. The success encouraged us to come out with the second installment with greater reach throughout India,” says Sakthy Edamaruku, media officer at the British High Commission.

Where does it go from here?

Hannah Cockburn, Head of Political and Bilateral Affairs at the British High Commission, says: “There is an appetite among the audience and the participants for these kind of events to be held more often because people want to participate.” She hosted the Delhi chapter of the debate and is positive that the event is waiting to get ‘bigger and better in the coming years’.

Charbonneau of the Canadian High Commission echoes similar expectations. “We were expecting around 70 or more teams to participate. However, we had nearly 130 teams joining the event, which reflects a lot about the enthusiasm of the students regarding the competition. Having worked on marketing, we are now looking forward to expanding the competition to other related subjects like innovation or infrastructure,” she added. Students, on their part, are trying to take full advantage of the opportunities presented by these study trip competitions. Apoorv says he is now considering Canada as a viable option to pursue his higher studies. “We have been offered a very interesting itinerary. If things work out I might even consider going back to pursue fulltime studies there,” he said. Akshay too backs the idea. Whether they return to the host countries or not, study trips do present a refreshing experience for students who are willing to experience education and its understanding in an entirely new set up. Or one could simply consider it a trip with all the perks. “It is a simple matter of 10 minutes. 10 minutes for ten days in Canada!,” Apoorv wraps it up,