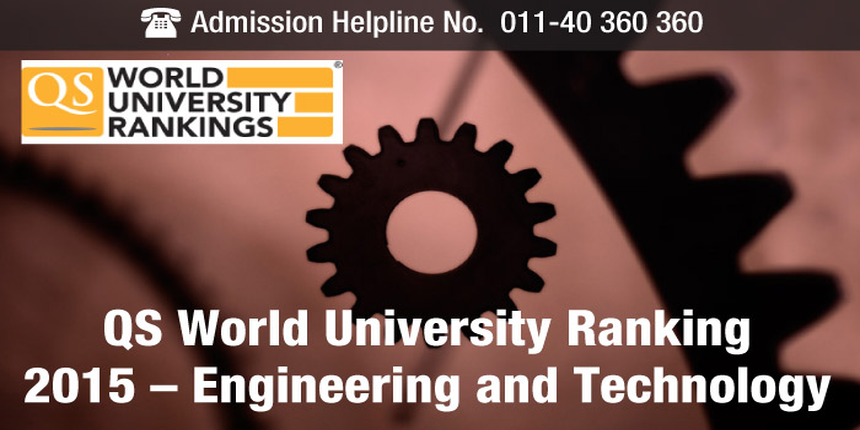 The QS World University Ranking 2015- Engineering and Technology- Engineering is one of the most sought after courses for the students who wish to get a degree from abroad. According to statistics by Open Doors, more than 50% of the Indians who go to the US for higher studies opt for engineering courses. There are a number of universities offer various streams of engineering courses abroad. In order to help the students to make a wise choice by selecting the best university, we are providing the QS World University Ranking for Engineering and Technology 2015. The students can get the list of top50 engineering colleges in the world for the following streams:

Below given is the list of best engineering colleges in the world in different streams.

The best universities for Architecture include the universities from the US, the UK, Singapore, Netherlands and Switzerland such as MIT, University College London and Delft University of Technology.

The best universities for civil and structural engineeringhave institutes from a number of countries such as the United States, Netherlands, Singapore, the United Kingdom and China.