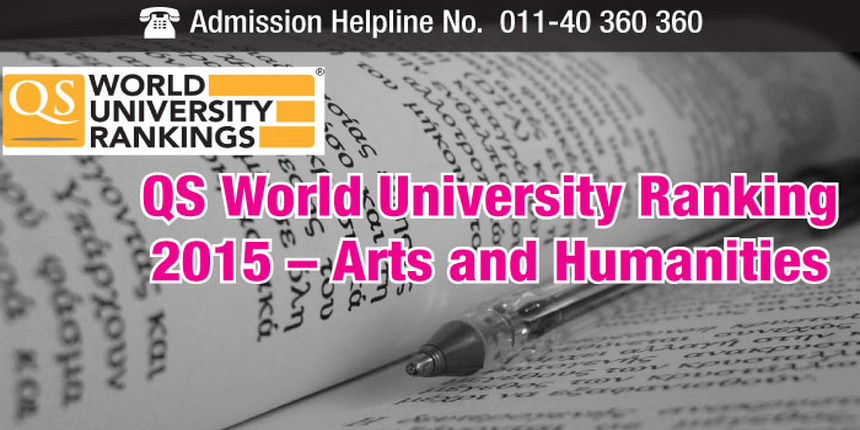 The QS World University Ranking by subject 2015- Every year, thousands of students flock to foreign shores to get a foreign degree. Decades back, the most favourable courses for the study abroad aspirants were limited to engineering, management and medicine. The recent years witnessed a change in the pattern and choice of the students who go abroad for higher studies. Apart from the conventional courses, the students started aspiring for new courses in various subject areas such as humanities, arts and social sciences. For the students who wish to study these courses abroad, the QS World University subject-wise ranking  2015. The QS University Ranking for arts and humanities cover the following subjects:

The students can find the top 50 universities for the above given subjects in this article.

Top Linguistics Universities have institutes from the United States, United Kingdom, Singapore and Hong Kong. Below given are the top 50 universities for Linguistics.

The universities for Philosophy mainly include the ones from the United States and United Kingdom such as New York University, University of Pittsburgh, University of Oxford and Harvard University.