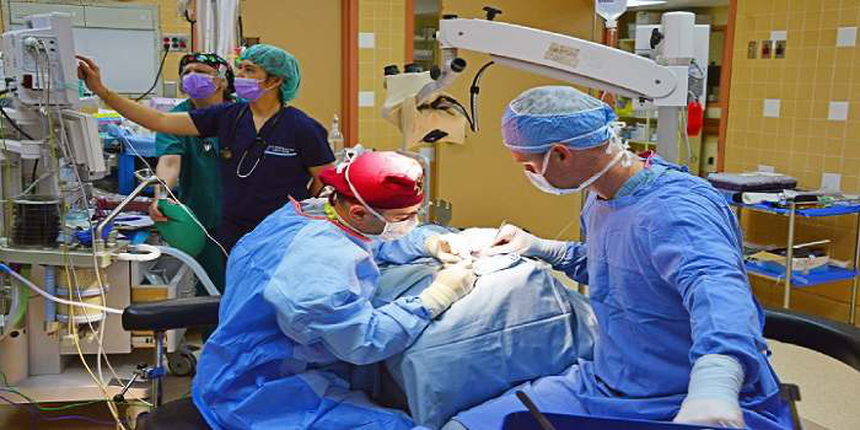 For admission to MBBS courses in Karnataka, an NRI aspirant has to qualify NEET just like the resident Indian aspirant. NEET-UG is conducted by the National Testing Agency (NTA). NEET-UG is going to be conducted on May 5, 2019. After qualifying the exam, aspirants have to register for the counselling with the Karnataka Examinations Authority. The admission offers will be done based on merit. Merit is determined by the NEET score obtained by the aspirants.

As per the defined in The Karnataka Professional Educational Institutions (Regulation of Admission and Determination of Fee) Act, 2006  “Non Resident Indian” refers to “a candidate born to a parent of Indian origin residing outside the country and has passed the qualifying equivalent examination outside India” and includes persons of Indian origin and Overseas citizens of India

NRI seat Eligibility Criteria: As per a Supreme Court order, the eligibility criteria for NRI seat aspirants are:

1. One of the parents should be an NRI and shall ordinarily be residing abroad as an NRI

2. The person who sponsors the student for admission should be a first-degree relation of the student and should be residing abroad as an NRI

3. If the student has no parents or near relatives or taken as a ward by some other nearest relative such students also may be considered provided the guardian has bona fide treated the student as a ward and such guardian shall file an affidavit indicating the interest shown in the affairs of the student and also his relationship with the student and such a person should be an NRI, and ordinarily residing abroad.

5. Such a person should be an NRI

Karnataka Examinations Authority makes it mandatory for all candidates to