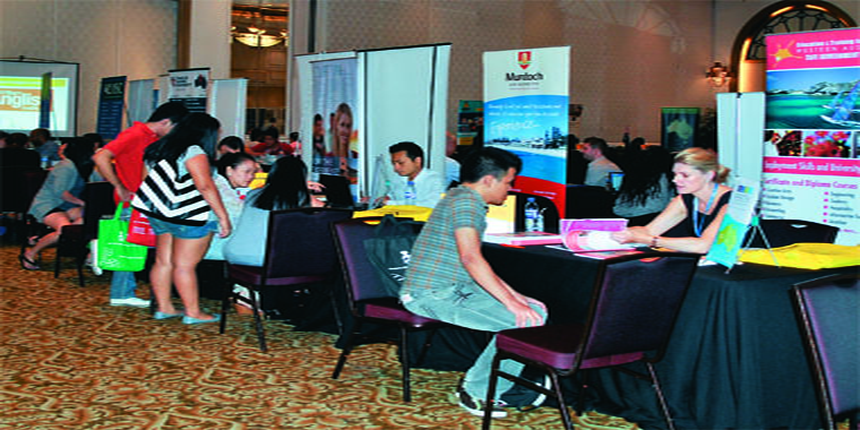 New Visa and Work Study Rules - Indian students have been opting to study overseas for decades though their preferred destinations have not remained the same. First it was the UK and then the US dominated the student numbers. From 2005 onwards, Australia emerged as the preferred destination. During 2013-2014, 34,100 visas were issued to Indian students, a rise of 38 percent as compared to the previous year.

Tough times
However, the situation dramatically changed after 2009. Media reports on student security issues from Melbourne in 2009, appreciation of Australian dollar, tightened student visa requirements and an attempt in delinking education and immigration led to a crash in student numbers. Interestingly, that was the year when the UK lowered its guards, easing the student visa regulations and heavily promoted the post-study-work options. However, the situation has changed and there has been a steady increase in the number of Indian students getting enrolled in Australian universities.

Immigration matters
No other field we have seen is so unpredictable and it is clear that the Indian students don’t opt for a particular destination simply because they want to study at a particular university. There are several other parameters such as immigration, ease of visa, post study work and the costs that are equally important.

New Visa and Study Work Regulations
During 2010-2011, Australia conducted a major review of its policies (Knight Review) and thereafter made efforts to implement the regulations. Amongst the changes are Streamline Visa Processing (SVP) and Post Study Work (PSW). These changes are already beginning to impact the market positively and Indian students are once again finding it as a destination for quality studies.

Vocational education
Australia also tightened its visa rules for the vocational and private education providers. This was to ensure that the international student numbers are manageable in this sector while the universities under SVP are given some role with student visa decision making.  Post study work is being rolled out from 2013 and this will allow international students to be able to stay on and work for a few years at the degree level. But at this time, the SVP and PSW favour the university-bound students only and excludes vocation-oriented polytechnic education

Interest regained
Ironically, Australia’s main competitor, the United Kingdom, removed the PSW earlier this year for political reasons and this has meant a fall in numbers to the UK and an expected movement of some of these numbers to Australia. The applications to Australian universities are already showing an increase and it is expected to continue to rise.