MBA Essay on Failure - How to write about my biggest failure 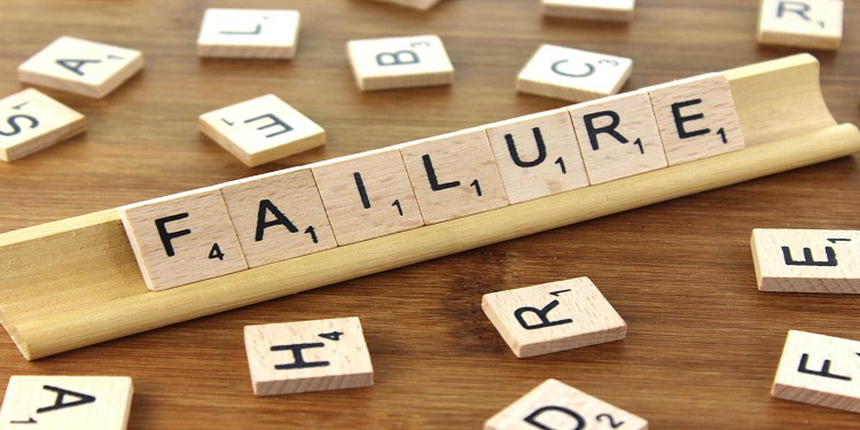 Along with diversity, goals and ethical dilemmas, MBA essays on past failures and shortcomings are often asked as part of the MBA application procedure. The MBA essays on failure are required by the Admissions Committee in order to gain insight into the maturity level of the applicant. The purpose of the MBA essay on failure can be essentially inferred from the following lines:

“No human ever became interesting by not failing. The more you fail and recover and improve, the better you are as a person. Ever meet someone who’s always had everything work out for them with zero struggle? They usually have the depth of a puddle. Or they don’t exist.”

Business schools routinely ask for essays based on questions and topics centered on past failures of the applicants. Some of the MBA essays on failure asked for from the top business schools include:

MBA essays on failure are often the most difficult essays to draft for the applicants. This is generally due to the difficulty that many applicants face in self-acknowledgment of past failures as well as the disclosure of failures which tends to be embarrassing at the least and egoistically harmful in many cases. It is a well-known fact that people find it hard to admit to their own failures and it is further a daunting task to share the details of such a failure with others. Writing an essay on failure is a way of acknowledging one's past mistakes and shortcomings and is a learning process in itself. It is from failures that candidates can learn how to progress in life, therefore, the MBA essay on failure does not limit itself to the incidence itself but is also inclusive of the candidate's reaction as well as knowledge gleaned in the face of the failure. The way that a candidate handles failure gives tremendous insight into his or her personality.

Taking the MBA essay question on failure from Judge Business School at the University of Cambridge into consideration, a spectacular failure is not simply a failure that acted a great shortcoming in your personal or professional life. Instead, a spectacular failure is one which gave the candidate the opportunity to learn the most from. The best way to approach such a question would be to list down one's most monumental failures along with what could be learned from each failure. Based on the revelations and insight presented by each failure, the candidate should select the most impactful failure while answering such an essay question.

The MBA essay question on failure can be answered in a number of ways. The best way to prepare these essay answers is a three-step process which involves recounting one's failures, describing the reaction, followed by what the candidate learned from the entire incident. Depending on the focus of the question in consideration, a viable mixture of these three elements can make an excellent essay on failure.

Obstacles to writing the MBA essay on failure

Candidates often encounter a writer's block when sitting down to writing the MBA essay on failure. This can be countered by deciphering the point of difficulty that the candidate may be facing. Some of the reasons why an essay may not be turning out as the candidate wants it to be could be:

Example of an MBA essay on failure

In order to help candidates understand what is required in an MBA essay on failure and provide insight on how to arrange their thoughts as well as how to unfold the sequence of events, given below is an example of an excellent essay on failure. It can essentially be split into two parts.

Part 1: This part deals with the description of the incident as well as its impact on the candidate.

Part 2: This part deals with the candidate's understanding and learning from the failure.

Stay tuned to www.studyabroad.careers360.com for more news and updates on MBA abroad.

How to write the best SOP for MBA