LSAT Syllabus 2018 – Law School Admission Council (LSAC) has released the LSAT 2018 syllabus for candidates who wish to appear for LSAT. The LSAT syllabus 2018 includes the different topics which candidates need to refer to while practising for LSAT 2018. As per the LSAT 2018 syllabus, the different subjects are reading comprehension, logical reasoning and analytical reasoning. Along with these, there will be another compulsory section called writing sample where a candidate will be evaluated based on their argumentative skills and how they put it into words. This sample will not be evaluated along with the other sections but on the contrary, will be sent to the law schools that the candidates have opted for. LSAT syllabus 2018 will help candidates check the different topics which they need to refer to while preparing for LSAT 2018. LSAT is mandatory for candidates who wish to pursue law abroad. In this article, candidates can check the topic-wise LSAT syllabus. 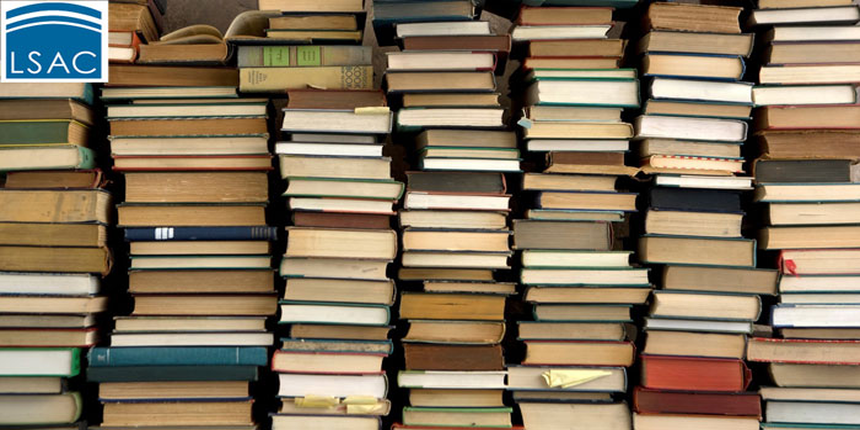 The examination will be carried out for a total of 3 hours 30 minutes with each section lasting for a span of 35 minutes. There will be a total of five sections which need to be attempted. A detailed test pattern of LSAT 2018 is given below.

According to the LSAT 2018 syllabus, there are three important topics of LSAT 2018 such as reading comprehension, analytical reasoning and logical reasoning. Candidates can look through the details of each section here.

This section measures a candidates ability to read, understand and give insights into passages. The questions asked in the passage will be related to the following characteristics.

LSAT Syllabus for Analytical Reasoning: This section checks the ability to understand the structure of relationships and to draw logical conclusions for those structures.

Analytical Reasoning questions test a range of reasoning skills which include

LSAT Syllabus for Logical Reasoning: This section will assess a candidates ability to analyze, critically evaluate, and complete arguments as they occur in ordinary language. The questions are designed to assess a wide range of skills involved in thinking critically, with an emphasis on skills that are central to legal reasoning such as

Apart from the three topics another section that students need to answer is the Writing Sample. The writing sample is to evaluate a candidates general writing skills. This section helps candidates to put forward their argumentative skills through writing.

Law School Admission Council conducts LSAT for the admissions to Law Schools in Canada, USA and a few other countries like the Caribbean, Middle East, Australia etc. As per LSAT test dates, the test is conducted four times in a year.

Ive got admission into nmims for BBA LLB based on my lsat score..do I yet have to appear for their nmims law admission test. NLAT?

First of all, congratulations on getting selected in NMIMS. Now, coming to your question, no you do not need to appear for their examination if you got selected by your LSAT scores. It's their private examination for students who want to apply on for that specific college. Hope this was helpful.

My lsat merit list number is 705 is there any chance i will get in nmims?

I am afraid that with a score like yours, you would not be able to get a seat in Narsee Monjee Institute of Management Studies. Don't be disappointed. If your question remains unanswered or you have any more queries then feel free to ask.

i hv got 68% in Lsat exam ..can i get afmission in MMIMS law college

I assume you are asking about NMIMS law admission. see cutoff score changes every year and it depends on certain factors like number of participants, questions difficulty level, seat matrix etc. however at this score you have less chances but I suggest you to participate in the counselling process and lets see whats come around. also apply for others colleges as well.

best of luck for your future endeavor.

I am completing final year degree (10+3+3) is this pattern eligible to write MHCET and LSAT exams?and banglorean can write MHCET exam for law?

For LSAT the eligibility criteria is that the candidate must hold a bachelor’s degree scoring minimum 45% marks in aggregate.

I am perusing final year BA. I need to study Law what kind of entrance exams will be there. (like LSAT or others) need to know can you help me with this?

Answer later
Report
View All Questions
Have a question related to LSAT ? Ask