How to get a good resume 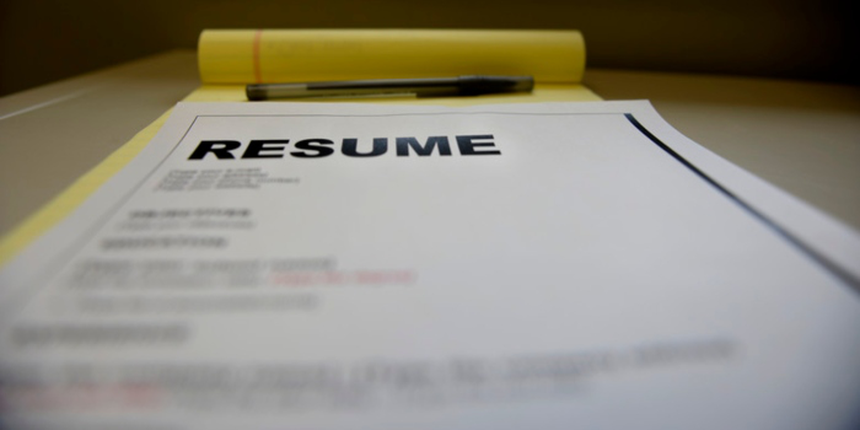 A cover letter and resume are the first documents a hiring manager or recruiter sees about the candidate. Here's how a candidate can catch their attention and get it right the first time? Read on to know more.

You would be surprised to know that writing resume dates back to the 15th century. The credit goes to Leonardo da Vinci, the Italian genius par excellence as he mentioned his skills in a bulleted letter with a short introduction. He also mentioned what he would do in worst-case scenarios. The resume has changed shape, color, and medium since then, but the main motive, self-promotion, has remained constant over the last 500 years.

The purpose of a resume has changed over the years. It no longer simply about informing prospective employers about a candidate's skills and is more about showing organizations what the candidate is capable of. In the past, resumes were generally uniform for each candidate and simply listed out the candidate's academic and professional history in a span of 6-7 pages. With the passage of time, resumes have grown to accommodate personalization and creative experimentation. Along with an increase in attractive formatting and implementation of visual aids like charts and matrices, people also have started to make an effort to mention their capabilities in an industry-specific manner suitable to the job in question.

Resumes have evolved over time from simplistic and lengthy documents to a creative introduction and outlet for self-promotion. Coincidentally, on the basis of structure and content, resumes can be classified into four categories: chronological, functional, combination and targetted. Though chronology is the primary aspect of a traditional resume, creative resumes tend to deviate from this practice to suit the candidate and the job/opportunity in consideration. With the increased competition in nearly every domain of employment and education, the first impression that a resume makes has gained more importance, therefore advocating the creative use of formatting and visual representatives to stylise a resume.

Different positions often have different skill set requirements, thus requiring applicants to elaborate the accomplishments and skills which are relevant to the position in consideration. Although a general resume is more versatile, in certain domains, it shows a lack of interest on the part of the applicant. “Short and crisp information is appreciated and two-page resumes are considered as a good length to highlight the career objectives, education, skill sets, organizations, designation, and durations along with brief KRA’s", says Sunil Goel, MD GlobalHunt, a leading executive search firm in India.

How long and what to include?

A cover letter is essentially an introduction to a candidate's resume and is of utmost importance as it is also the first form of interaction that a prospective employer or recruiter has with the applicant. For starters, a cover letter should never go unaddressed and should ideally be addressed to the HR representative or head. Robin Schlinger of Robin’s Resumes® elaborates about the cover letter, “In most cases, they should be a page or less. I write cover letters to provide information on how I fit the job requirements and job duties. They should include why you are writing the letter and additional information on your interest in the job, along with – for the most part, why the hiring manager should hire you. Since most recruiters and hiring managers will not read a cover letter (and most Applicant Tracking Systems do not score cover letters), it is important to include all relevant information in your resume”.

Candidates should generally avoid phrases and words like ‘great opportunity’, ‘amazing reputation’ which have been extraneously and excessively used in the history of cover letters. The cover letter should make hiring managers want to go through your resume for a little longer than the six seconds of consideration they normally give to a resume.

Deviating from the traditional resume, the latest trend of implementing infographics, graphs and other visual elements into a resume have gained immense popularity. Additionally, in the current job market, these resumes serve a double purpose and give the candidate more creative weight as well as validation of basic graphic design skills. Video resumes have also become a trend in the present hiring scene. Many institutions for tertiary education use video application essays for the primary shortlisting of candidates, especially in MBA programmes. However, in the professional world, physical resumes are still more popular over the video format. Schlinger says, “Many employers in the United States, due to discrimination laws, state they will not look at video resume. However, with the growth of video online, and changes, it is possible for them to be accepted in the future. However, as of now, a job seeker can do a video resume, but it may not really help in a person getting a job. For most jobs, it is not a requirement.”

According to the Global Recruiting Survey 2017 by Social Talent, around 98% of recruiters around the world use social media for digging up fresh talent, the most popular of which is LinkedIn. The use of job boards by recruiters has also increased from 37% in 2016 to 43% in 2017 with the popularity of paid job boards like Monster and Naukri on a steady rise. Various other social media channels like LinkedIn, Twitter, Facebook and Google+ are also gaining visibility in the eyes of employers and recruiters looking out for new talent. In the current recruitment scenario, updating social media like LinkedIn and maintaining its synchronicity with the resume has gained imminent importance and discrepancies could cost applicants heavily in the professional environment.

Therefore, there are a number of fine points that need to be kept in mind while drafting a good resume in order to ensure that you obtain your academic and professional goals. With the help of these points, a candidate can easily land the desired position or role that he or she has been looking for and work towards making dreams turn into reality.

Difference between CV and Resume: Basic guide for graduate applicants