India has become one of the major attractions for most of the foreign universities and the number of universities coming for education fairs in the country is on the rise. Most of them look forward to face-to-face interactions with students as it is the best platform for them to introduce their courses and facilities to them.

When Careers360 talked to representatives from various foreign universities, we found that there were many factors that make Indian students more desirable abroad. 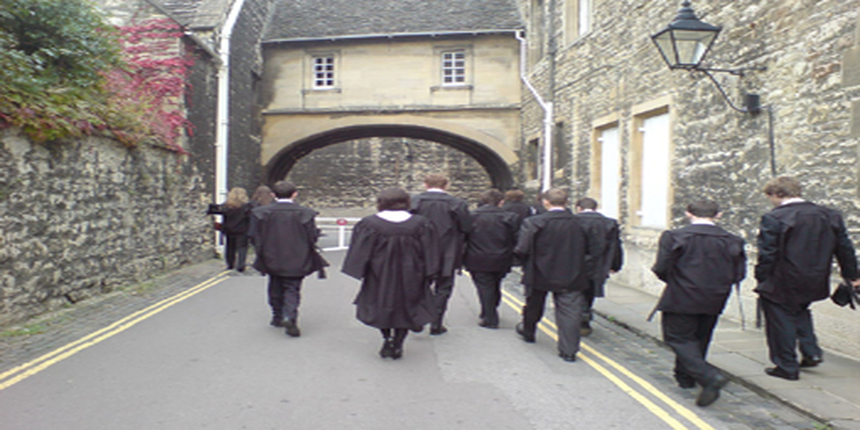 Competence
One of the major criticisms of Indian education system is that it increases competition among students. The system clearly distinguishes the best performers from the average performers and non-performers.

However, one good aspect is that it improves the competency levels of students and thus they are preferred by the universities abroad for higher education.

The Ivy League universities in the UK and US are trying to attract more and more Indian students. In a fresh move, the Oxford University has decided to provide admissions to the ISC and CBSE toppers to its undergraduate courses from 2013. The university will make conditional offers to students who score more than 90 per cent in the board exams. These students needn’t appear for SATS, International Baccalaureate or A-Level exams to get qualified for the admission.

Performance
Indian students are known for their focus and ambitions. Mostly Indian students top in foreign universities. Thus they are highly preferred.

To attract more students from India, foreign universities, especially the new entrants, offer a number of scholarships that could cut down their tuition fees and living expenses to a greater extent. Most of the students grab these opportunities as these grants and fee waivers help them fulfilling their dream of getting a foreign degree.

Skills and knowledge
The academic curriculum in Indian schools and colleges provides thorough theoretical knowledge to students. This knowledge serves as an added advantage as many of the foreign universities give much importance to knowledge and skills.

There are many countries which look forward to improve the skilled labour power of Indian students. One such country is Australia. The country is planning to encourage postgraduate and doctoral students from India. The aim is to get the best skilled Indian workforce. There are many initiatives for collaborative research work between universities in India and Australia to attract Indian students for postgraduate work.