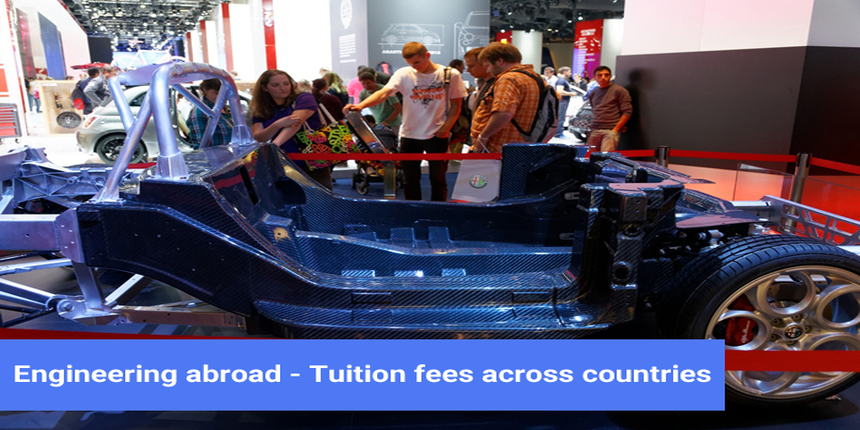 Engineering tuition fees across countries: When it comes to studying abroad, majority of the international students run for either management or engineering programmes. STEM, of which engineering is a part, is one of the most popular fields opted by both domestic and international students across the world. One of the major reasons is that engineering programmes fall in the list of the highest paying courses of the world. Civil, Petroleum and IT engineers are some the highest paid employees in the world with Petroleum engineers known to extract an average starting salary of $80,000. "Having an engineering degree means that you are armed with a skill set that would be in demand everywhere. Of course, being in demand results in high packages in every industry," says Mr. Kent D Thomas, Assistant Vice President, International Programmes, Missouri State University,

Needless to say, such huge demand also makes engineering one of the expensive programmes in the world with countries like the USA and UK charging upwards USD 40,000. But that is only the engineering tuition fees. If you consider living and travelling expenses, the cost is almost double annually.

Before planning to pursue an engineering course abroad, check the engineering tuition fees at the top colleges of some major study abroad destinations. Also find the living expenses involved in the cost of studying engineering abroad.

For many international students, Germany and engineering go hand in hand. The country, which is known across the world for cutting edge automotive industry, attracts the maximum number of students in its engineering programmes both at the undergraduate and postgraduate levels. Nearly 50% of the foreign students in the country opt for STEM subjects at the Masters level with MS in engineering specialisations taking the lead.

Another very important reason why Germany is the hotspot for engineering studies is because majority of the public funded institutes in the country charge low or no tuition fee at both the undergraduate and postgraduate levels. This, of course, brings down the cost of studying engineering in Germany by a huge margin. Again, there are other costs involved in studies like international student charges and administrative costs. Since tuition fee dominates the study cost, its absence brings a huge relief to students.

Apart from administrative charges students also have to take care of living expenses when they plan to study engineering in Germany.

In terms of study abroad destinations, New Zealand is definitely the new kid in the block and a popular one, too. Currently, the country has over 46, 000 international students, many of whom are enrolled in STEM subjects. Engineering is, of course, one of the most popular subjects among international students. “We have observed that STEM subjects continue to interest students coming to study in New Zealand, evidently, because of the flexibility the universities offer,” says Mr. Grant Mcpherson, Chief Executive of Education New Zealand.

The Island country of Singapore has been creating quite a buzz for some time in the international education scenario, thanks to its highly sought after and industry centric management programmes. However, management is not the only course Singapore is famous for. The City-State has also been attracting many international students to its engineering programmes. Singapore is home to some of the top notch engineering colleges in the world like the National University of Singapore (NUS) and the Nanyang Technological University (NTU). In terms of cost, Singapore is also one of the costlier places to study in the world, coming only second to Australia according to HSBC. In fact, cost of studying engineering at the National University of Singapore and Nanyang Technological University, the two top-ranked universities in Singapore and which are ranked 12th and 13th respectively in the QS world ranking 2015, can reach upwards of S$30,000.

Stay tuned to www.studyabroad.careers360.com for more news and updates on engineering abroad.