Education in Ireland: Why you should make Ireland your study abroad destination 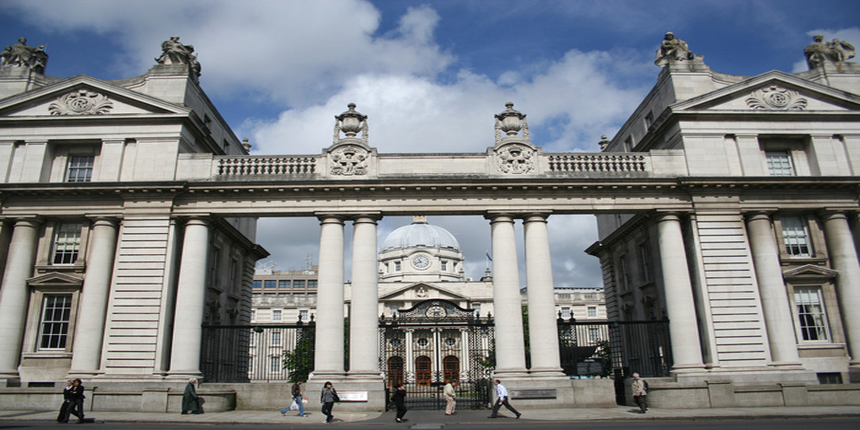 Opting for a good college education is a decision that will, later on, prove to be the most important and fruitful investment in your future you could ever make. But with hordes of options available, a student might find it difficult to choose one. For those who are smitten by Europe, Ireland makes for a wise choice. And when you opt for education in Ireland, one thing you won’t have to worry about is the quality of education offered and adjusting to a different country . When Ashutosh Bagla chose to travel abroad for higher studies, Ireland was his first choice in Europe. Currently studying Bachelor of Agriculture Science: Food and Agribusiness Management at the University College Dublin (UCD), Bagla shares, “The Irish are just like Indians when it comes to affinity they share with their families. Irish are reputed to be one of the friendliest people in the world and Ireland is one of the safest nations in the world to dwell in.”

With the number of Indian student visas increasing by approx 150% in 2013, according to James Mackrill, Manager Enterprise Ireland, India China & Russia, we look at the education pedagogy in the country.

“Having completed my high school with science stream from India, I can say that the education is not very difficult here. The best part of western education is that it is not monotonous verbal lectures based education, but more interactive with extensive use of power-point presentations. There is a much greater emphasis on practical education with labs and tutorials (maximum 20 students in a class) contributing significantly to the final grade of many science subjects.” says Bagla

Why study in Ireland?

“In Europe, Ireland was my first choice to study the programme I wanted because firstly, it is one of the only two countries in Europe where undergraduate courses are taught in English. Secondly, many universities in Ireland have a much greater international reputation amongst students than elsewhere in Europe," says Bagla.

Revathi Margasagayam, currently studying M.Sc. Digital Investigation and Forensic Computing at the University College Dublin, says: "One of the reasons for choosing Ireland was that the country is at the helm of EU IT revolution: with Dublin headquartering the major IT players: therefore their technology, related policies and security reforms have to be in sync with the market leaders.”

One major criterion that affects a student’s decision of choosing a particular country as the study abroad destination is the visa process, which is famously tiring in many countries. But Bagla paints a heartening picture of the visa process for Ireland. “The visa process in itself was very fine. The best thing was you can track your application through various stages. According to IBEC Employer survey 2011, Ireland ranks 1st globally for openness to new ideas, and as an education ambassador of Ireland I have already forwarded my suggestion to enterprise Ireland, to further simplify the visa process for Indian students by removing the requirement of PCC.”

Coming from a fairly multicultural country, one thing that should not concern Indian students in Ireland is adjustment. “What an Indian would like about Ireland is the strangely fresh feeling being in such a green country with almost no dust. Cars do not honk here, either. One of the biggest cultural differences between India and Ireland is that here people tend to hold the door open for the person behind them to pass and that is not seen as degrading," says Bagla. Upon asking what is that one thing he finds amusing and interesting about Ireland, "The funniest fact about Ireland is its slangs, ask an Irish How are you, and the reply would be, Not too bad.” quips Bagla.