Brain drain: Boon for developed countries, but bane for India 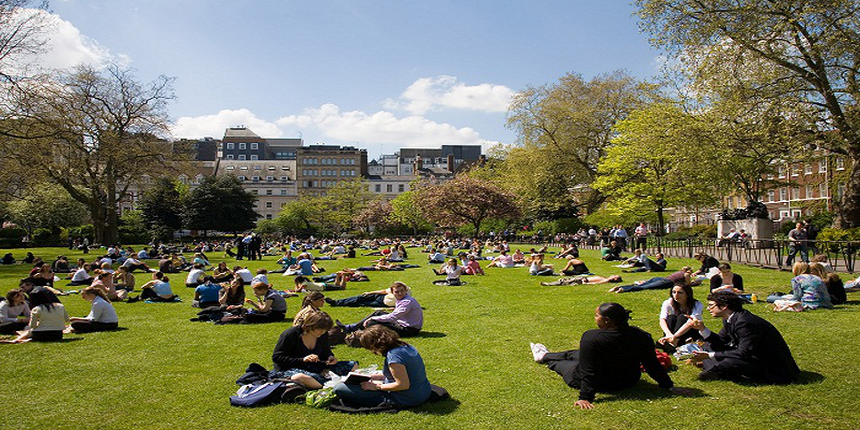 Brain drain: Boon for developed countries, but bane for India - Brain drain has become a major concern of the developing countries, especially, India. The term, which emerged in1960s when the skilled workforce started emigrating from the poor countries to the rich countries in search of better job opportunities and living conditions, has become a hot topic of discussion over the years.

When the expatriates are going abroad in search of greener pastures, India has been losing its major skilled workforce that includes doctors, engineers, scientists and technicians. If we analyze the brain drain trends in India, we could find that there are many reasons why the country fails to hold back its talented youth. Check the reasons of brain drain to developed countries from below:

In recent years, the cut-offs for admissions became close to 100% in the best Indian universities. While the institutes are in the race of getting the best students in the country, the ambitious youth who fail to meet the “irrational” demands had to compromise on their dream of occupying a seat in any of the prestigious Indian universities. This leads them to explore the scope of higher education abroad. Most of the students who try their luck in higher studies abroad get into good universities as they have an edge over the students from other countries in terms of skills and knowledge.

While this is the case of young students, the academically well qualified people prefer going abroad for higher research because they don’t get the best chances, resources and facilities for research in India.

A recent study conducted by Indian Institute of Management- Bangalore (IIM-B) shows that the students going for higher studies abroad has increased by 256% in the last 10 years. When 53,000 Indian students went abroad for higher studies in 2000, the figure shot up to 1.9 lakh in 2010.

The US is the most sought after destination for students, followed by the United Kingdom. There are many Indian students exploring study opportunities in countries like Australia, Germany and France as well.

A report by Associated Chamber of Commerce and Industry of India (ASSOCHAM) pointed out that when a large number of students flocking to foreign universities, it costs India a whopping Rs. 95,000 crores per year.

The report further noted that there is a huge difference in the fees paid by students studying in the premier institutes in India as compared to students who study aboard. While an Indian Institute of Technology (IIT) student has to pay an average fee of $150 per month, the fee paid by an Indian student studying abroad per month is anywhere between $1,500 and $4,000.

Still, it is a matter of concern that despite the highly subsidized rate of higher education, especially in engineering and management, India fails miserably in attracting the best brains.

Most of the students prefer staying back in the host country due to better work opportunities and fat pay packages. After getting good global exposure and getting introduced to the high quality life and facilities, the students become reluctant to return to the home country.

These days, most of the developed countries act like organizations. When they fail to find good, talented and skilled workers in their country, they attract the highly skilled and qualified people from other countries. It’s very obvious that the skilled Indians prefer US Green Cards and EU Blue Cards over the not-so-attractive pay checks and average living conditions of a developing country like India.

Here, India is the loser and developed countries like the US and UK are gainers.

Time for a reality check?

Over the years, India has become a major supplier of skilled and talented young people to the Western countries, particularly European Union. The major destinations for Indians in the EU in the beginning of the century were limited to the UK, Germany, Italy, Austria and Spain. But now, more and more Indians are immigrating to countries like Poland, France, Ireland and Sweden. A good number of these immigrants reach the host countries as students.

Wake up call for India

The increasing trend of brain drain of the skilled workers finally persuaded the government to take action. After witnessing a huge brain drain of doctors (among the 3,000 medical students went abroad in last three years, none returned), the health ministry has suspended issuing “no obligation to return certificates” to the medical students going abroad for higher studies.

Further, from 2015 onwards, the medical students going to the US for higher studies will have to sign a bond with the government, promising to return to India after completing his / her studies. If the student doesn’t fulfil the bond obligation, the ministry can write to the US and the permission for the student to practice in the country will be denied.

While India is putting the best foot forward to curb brain drain, there are signs of reverse brain drain where a few best brains are returning to India. With better economic policies and the human capital to execute them, there is still hope for India.

Top Universities in the world 2014

Win a competition and explore your destination