Best student cities in the World: As with the globalisation, the international students’ community is getting bigger day by day. The number of overseas students flocking cities with top universities of the world has increased manifold in the past few years, which, in turn, adds significantly to the overall student strength in those cities. 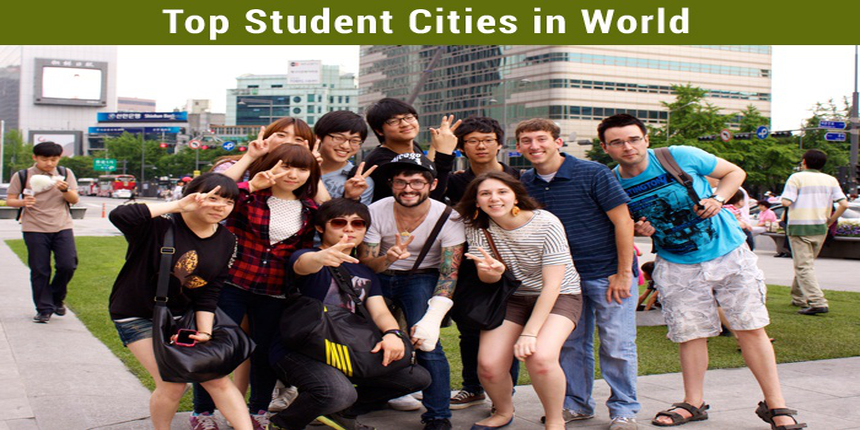 Apart from globally acknowledged universities, the other factors that add to the educational values of the best student cities in the world are quality of life, employment opportunities, an active student community, and of course, the general affordability.

The first name in the QS index for the best student cities in the world 2015 for the third consecutive year, Paris is home to 17 of the world’s top universities, and is the second city in the world after London to have this many number of globally ranked institutions.

With small class sizes and intensive teaching, the top universities in Paris allow students to enjoy not only a good quality education but a quality student life as well. The other fact that makes Paris the best student city is relatively low tuition fees of top universities compared to that of top universities in other developed world cities. Also, Paris is among the most livable cities in Europe as it finds place in the top 20 of the Global Liveability Ranking 2015 conducted by the Economist. Overall, studying in Paris provides international students with an excellent opportunity to affordably study at a high-ranked university while experiencing a daily dose of visual treat amid a culturally rich milieu.

Some quick facts about Paris:

Scaling three places up in this year’s index, Melbourne is the first one of the two Australian cities in the top 5 of the QS Top Student Cities in the World 2015. According to the index, Melbourne is at the second place among the best student cities in the world and the top most in Australia, overtaking Sydney - the second best in the country. Out of the total Australian universities being featured in the QS World University Rankings 2015 league table, seven are from Melbourne city with the University of Melbourne being the top education hub in the city, second best in the country and 42nd in the world. According to the Global Liveability Ranking 2015, Melbourne is the number one livable city.

When it comes to affordability, Melbourne gets a high hitch, but the quality education system, high standards of living and incredible natural backdrops the city offers to offshore students compensate for it and make the city one of the most desirable education destinations in the world.

Some quick facts about Melbourne:

With 18 universities featured in the QS World University rankings and approximately 306,000 students, London is, unarguably, a city of high potential for international students and deserves to be considered among the best student cities in the world. According to the latest QS index for the best student cities, London is the third most fitting education city on the globe for students. Apart from London, Edinburgh, Manchester and Coventry are other UK cities that make it to the QS Best Student Cities 2015 index and being placed at 26th, 29th and 45th positions, respectively.

In terms of cost of living, students in London should have a minimum budget of $1921.72 apart from tuition fee per month to survive while studying in the city, according to UK Visa and Immigration Department in London. Despite that London is one of the affordable cities in UK, thanks to its cheap transportation and other pocket-friendly options for food and accommodation. Moreover, London is also one of the world's most productive financial centers, attracting students who aspire for corporate careers.

Some quick facts about Melbourne:

Standing behind Melbourne by just two places, Sydney is another Australian city making it to the top 5 of the latest QS index for best student cities in the world. Interestingly, Sydney is home to five universities out of total 33 Australian universities being featured in the latest QS World University ranking. Apart from some leading institutions, what other things make Sydney the fourth best student city in the world are  “student mix” (student diversity, social inclusion and tolerance), “desirability” (quality of life) and “employer activity” (based on employers’ perspectives on the world’s best places to recruit from). The only factor that is a hitch for Sydney status as an all-rounder student city is affordability, due to the city’s high tuition fees and substantial living costs.

Some quick facts about Sydney:

A leading financial center in Asia, Hong Kong is one of the 5 best student cities in the world and the top most from the Asian region, according to QS. It mounts two slots up in the 2015 edition of the QS Best Student Cities index, followed by Tokyo at in 7th place from the same region. What supports Hong Kong prominently in achieving this high position is a number of top universities in the city. There are seven universities in Hong Kong that made it to the QS World University rankings 2015. Apart from this, the other factors that help Hong Kong to be the best student city in Asia include a diverse student community, high response from graduate employers and a strong score in the “desirability” category. For instance, the Economist places Hong Kong at the 31st place in its Global Liveability Ranking 2014.

Some quick facts about Hong Kong:

Based on QS index for Best Student Cities 2015, given below is a list of the top 10 student cities in the world. Take a look!