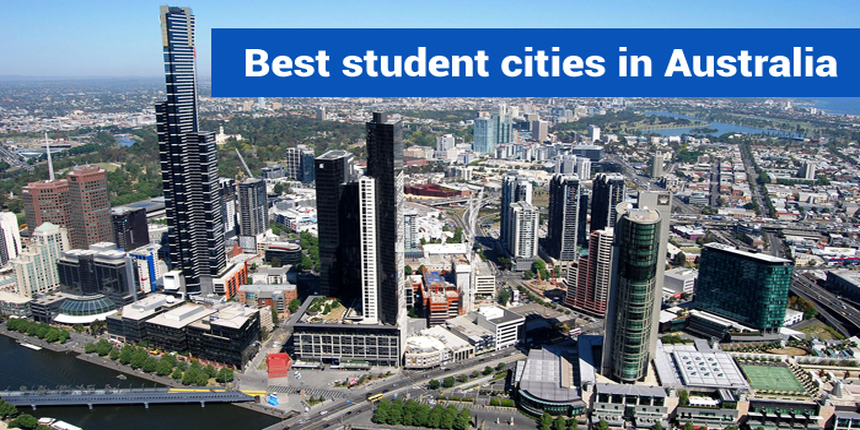 Melbourne- Melbourne is ranked 2nd in QS Best Student Cities ranking 2016. Being the cultural capital of Australia, the city secures a place in best student cities ranking every year. According to a report by International Student Strategy 2013-2017, the population of international students grew gradually from 17,000 students in 2002 to 29,000 students in 2011; interestingly, China is the biggest contributor with 31% of the total international students. Melbourne is also ranked 1st out of 140 cities in Global Livability Ranking and 185th out of 446 cities in Numbeo Safety ranking. Culturally rich environment and a world class education system with high quality of teaching and research make Melbourne city the second most student friendly city in the world.

Cost of study- Although Melbourne is one of the most student-friendly cities but on the flip side it is also one of the costliest cities in the world. However considering other benefits offered by this city like quality education system, high standards of living and incredible natural backdrops compensate for the expenses. Average tuition fee to study in the University of Melbourne is US $23,800 which increases according to courses and duration of study. Average cost of living for an international student in the city is AUD $1,150.27

Sydney- Australia's one of the largest cities and financial hub, Sydney did not slip down from its last year ranking and secured fourth position again in QS Best Student Cities Ranking 2016 as well. Whether it is lovely climate or beaches, a bohemian lifestyle or world class education in top universities,Sydney has a lot to offer to the students from overseas. The city is ranked 7th out of 140 cities in Global Liveability Ranking and 192nd out of 446 cities in Numbeo Safety Ranking. Less crime and student friendly environment make Sydney the fourth best student city in the world.

Cost of study- After beating Melbourne in terms of cost of living,Sydney is one of the costliest cities in the world and ranked 31st out of 214 top cities in Mercer Cost of Living Ranking. An average tuition fee to study in Sydney is US $27,100. According to the University of New South Wales, the yearly estimated cost of living for an international student is $21,275 AUD.

Here is a list of average cost of living in Sydney-

Canberra- Australia’s national capital consolidates its place climbing from 21st to 17th position in QS Best Student Cities Ranking 2016 with other top cities like Melbourne and Sydney. Being host to Australia’s highest ranked university, Australian National University, Canberra is home to a large and internationally diverse student population. According to QS, there are approximately 29% international students of the total student’s population in Canberra. It is also one of the safest, the most educated and best student cities in Australia. Canberra is ranked 100th out of 446 cities in Numbeo Safety Ranking.

Cost of study- Although Canberra is also one of the costliest cities but can be considered economical as compared to other cities such as Melbourne and Sydney. Average tuition fee for a studentis $21,200 which may vary according to programmes.

Here is an estimated weekly cost of living (off-campus) in Canberra according to a report by Australian National University.

Brisbane- After moving up five places from last year’s ranking, Brisbane secured 18th position in the QS Best Student Cities Ranking 2016. The city is home to the three top universities i.e., University of Queensland, Queensland University of Technology and Griffith University. Having 177 major resource and energy companies, Brisbane is truly a growing hub with lots of career opportunities and one of the best student cities in Australia to study, live and work. Sunny climate, perfect weather, proximity to one of the best tourist destinations -- Gold Coast -- and other facilities by Brisbane City Council such as free Wi-Fi helped Brisbane to stand at 18th position in the Global Liveability Ranking. This city is also ranked 173rd out of 446 in the Numbeo Safety Ranking.

Cost of study- Food is the costliest after rent for an international student living in Brisbane. Average monthly expenses to live in Brisbane apart from tuition fee is $1730-$2010 AUD. However, it seems manageable with part time and full time job opportunity during and post studies.

Adelaide- Australia’s fifth largest city, Adelaide is ranked 26th in the QS Best Student Cities ranking 2016 reflecting world class education, high quality of living and diverse student population. Joining other big cities such as Melbourne, Sydney and Canberra, Adelaide is now in the list of top 5 best student cities in Australia.Having attractive wide boulevards, open spaces, parklands and being close to the beautiful beaches and islands, Adelaide is ranked 5th out of 140 cities in the World in Global Liveability Ranking. The city has 25% international student in total student’s population according to a report by QS.

Cost of study- Average tuition fee to study in Adelaide is $22,200. According to Numbeo estimate, monthly living expense for a single person is $1,155.45 AUD which is comparatively economical as compared to other best student cities in Australia.

Best student cities in the USA

Top student cities in the UK

Stay tuned to www.studyabroad.careers360.com for more news and updates on Australia

You can get study visa for the course based on your marks, IELTS score, and other criteria set by Australia. You must first select the course you want to study later you will have to take IELTS course, you must apply prior to 6months from course commencement. You must have enough balance in your bank to fund your education, and expenses, you must have the whole amount before 6 months. Later applying for the course you must apply for education visa from Australian authority. It will take time, and it depends upon your luck and your documents ,visa will be provided then.
Read More
Answer
Answer Later
Report