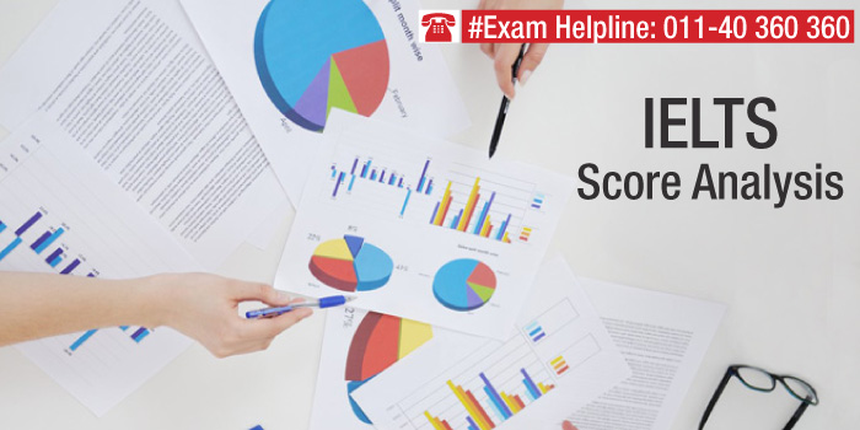 The IELTS or the International English Language Testing System is one of the most widely appeared tests by Study Abroad aspirants. It is a standardised test that gauges the English Language Proficiency of an international student. With approximately two million candidates taking the IELTS test in 2012, the popularity and importance of the test can be well understood. We present you a comparative IELTS Analysis for the years 2011 and 2012.

The IELTS has two versions:

IELTS tests the English Language Proficiency of candidates based on their scores in four sections: listening, reading, writing and speaking. The IELTS Score Analysis reveals that during both 2012 as well as in 2011, girls have scored better than their male counterparts. Given below is a graphical representation of the mean overall and individual band scores achieved by IELTS Academic and IELTS General Training candidates in 2011 and 2012, studied according to their gender.

According to the IELTS Score Analysis of the test takers based on their countries of origin, no specific trend can be seen either on the basis of the country’s location or the version of IELTS exam the candidates are taking. As expected, in case of IELTS General Training, where candidates from the UK and USA take the test, they score better. On the other hand, in case of IELTS Academic, where the UK and USA do not classify as one of the top places of origin, candidates from Germany score higher among the compared countries. Below is a table of the country-wise average scores of the IELTS test takers for the years 2011 and 2012 for some of the top places of origin.

# The data published is taken from IELTS Research Reports on Test Taker Performance.

IELTS Selection Procedure 2019 - According to the selection procedure of IELTS 2019 and more than...

Feb 13 i had written my IELTS exam(paper based), can anyone know the result date?

Generally, the IELTS 2020 results are available 13 days after the test date. The IELTS results can be seen online via the candidate's IELTS registration account using the candidate's Identification Document Number i.e. passport number and registration number. However, the result of the computer based exam is made available after 5-7 days of the exam date.

IELTS 2020 scores are calculated on a 1-9 point scale which is a mean of the individual sectional scores.

You may refer to the source article for more detailed information about IELTS Result 2020.

I am currently studying for the NEET-UG 2021. I want to go to Cambridge University for MBBS. Apart from NEET and IELTS, is there anything I should be aware of? Also, what are the various choices offered for getting a scholarship?

Well I must tell you that there are no such scholarship available to study medicine in UK specially for international students and the education is way too expensive. The exam you need to qualify depend on what the college demands. IELTS or TOEFL is needed as language proficiency requirement.

you can register for IELTS exam in the following way:

1. you can register online and pay the fees by credit card (Log on to www.ieltsidpindia.com and Select the option "Register for IELTS" and fill the necessary information).

2.  register in person at idp branch and pay the fees there. identical to the first option.

3. register by courier and pay test fee by demand draft.

you can register for TOEFL exam by online means and or by email or by phone. you can also register in person at a toefl resource center. you will be basically required to visit and create an online profile and then pay the exam fees.

Dear Sir/Mam, I want to do MS in UK in January 2021. Do i have to give both IELTS and TOEFL exams or either? I dont know when and how to start preparation. please Help. Thanks

Giving either of them is ok actually. And for preparations then if you plan to shift in 2021 try to give the exam in around November 2020 if possible and to start it's preparations, as per me it's a 3 months regular studies required to crack the same. So you can start in around July/August to be well prepared to give the exam.

Either the IELTS or the TOEFL is required as part of your application to an English-speaking university and will demonstrate if you will be able to understand the course material.

The IELTS and TOEFL exams are two of the most accepted English proficiency exams around the world. However, both of these tests are different in their structure, approach, and teaching criteria. This means that you need to understand how the two differ before selecting which test to study for and ultimately take.

Dear Sir/Mam, I want to do MS in UK. But cost of study is Expensive. Does scoring good in IELTS and TOEFL helps to reduce the amount of cost ? what else option do i get in order to get admission in UK in minimum cost ? Please Help Me !!

All the foreign Universities offer a scholarship which is on the basis of meriat and need basis . You should try to look for it and inform the competent authority about it . They would help you in every way . They also offers 100 % scholarship to merit and need basis students.

This would help you to study abroad.

View All Questions
Have a question related to IELTS ?

Your IELTS brochure has been successfully mailed to your registered email id .